It should have been the pinnacle of Christian Koch's career. He had found a potential solution to the world's fuel problems. Instead, his achievement was spoiled by reports implying he used dead cats to make organic oil. 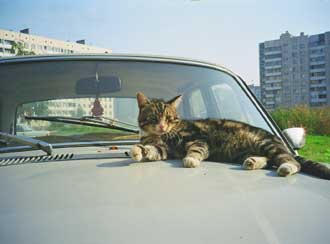 Not coming to a petrol tank near you

While the price of oil escalates after the devastating effects of Hurricane Katrina and the threat of global terrorism, the world continues to search for a viable alternative to the black gold. It was, therefore, with great joy that a German inventor declared last week that he had developed a method to produce crude oil products from waste material.

However, instead of the plaudits, fame and fortune such a "eureka!" moment should have brought Christian Koch, the 55-year old found himself a hate-figure after a German tabloid implied that his magic fuel contained dead cats.

"German inventor can turn cats into fuel -- for a tank he needs 20 cats," ran the headline in mass circulation Bild on Wednesday. Not content with making the fur stand up on the backs of animal rights campaigners with that one, the paper followed up the story on the following day with its "Can you really make fuel out of cats?" investigation. 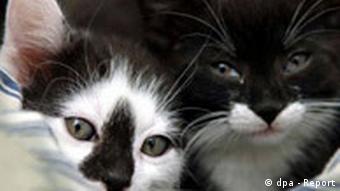 Koch decided to defend himself at the weekend by explaining that the "KDV 500," his patented machine which produces high quality fuel from waste products such as paper, rubbish and plastic materials, had never converted feline corpses into organic diesel fuel.

The inventor and patent holder said there was no truth to the stories published in Bild. "I use paper, plastics, textiles and rubbish," Koch told Reuters. "It's an alternative fuel that is friendly for the environment. But it's complete nonsense to suggest dead cats. I've never used cats and would never think of that. At most the odd toad may have jumped in."

Newspaper implies cats could be used "in theory" A spokesman for the newspaper told Reuters that the stories were meant to show that cat remains could "in theory" be used to make fuel with Koch's patented method, adding that the author of the story said Koch had never told him directly that he had used dead cats as the story implied.

In the first article, Koch is quoted saying: "I drive my normal diesel-powered car with this mixture. I have gone 170,000 km (106,000 miles) without a problem." Koch is pictured in the article next to a photograph of a kitten.

The Web site of Koch's firm, Alphakat GmbH, says his patented "KDV 500" machine can produce what he calls bio-diesel fuel at about 23 euro cents ($0.30) a liter, which is about one-fifth the current German price.

Offbeat and quirky news from around Germany

Record prices at gas stations caused in part by the devastating effects of Hurricane Katrina have knocked discussion in Germany about alternative engines into high gear ahead of this month's auto show. (Sept. 5, 2005)

Drivers in Berlin can fill up their cars with hydrogen at the world's largest service station for fuel cell vehicles. Opened on Friday, the project paves the way for widespread use of alternative energy. (Nov. 13, 2005)