Chinese mitten crabs invaded German waters more than a century ago. Can fishermen create a new market for these furry invaders? 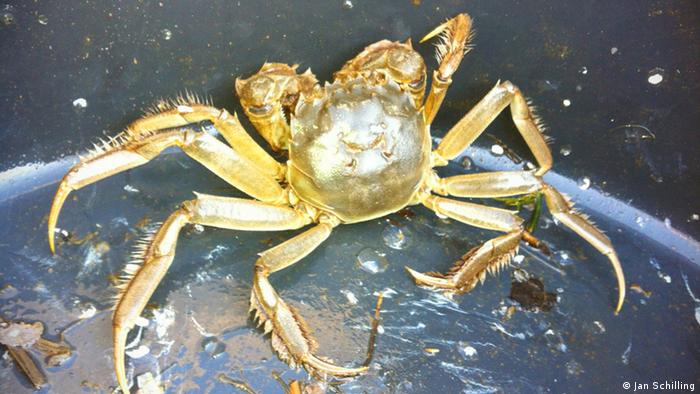 The first rays of sunlight reflect off the Elbe River. Fishing champion Wolfgang Schröder steers his boat towards a red buoy. He comes out onto the water in the early morning twice a week. As Schröder stops the boat, his assistant fishes for the buoy which bobs on the water. These buoys mark out the spots where Schröder has dropped eel traps. The two men haul the cages up into the little boat. But rather than finding eels, they seem to have captured furry-clawed crustaceans called mitten crabs.

These shiny green creatures are named for their furry claws, which look like mittens. Native to the Pacific coasts of China and Korea, mitten crabs arrived in European waters in the early 1900s. Scientists believe they traveled from Asia to Europe on merchant ships, hidden inside the vessels' ballast waters. 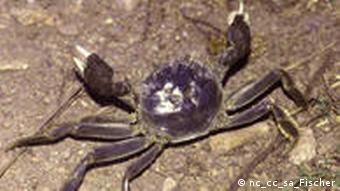 The mitten crab has no natural predators in German waters

Oceangoing cargo ships have transported invasive species all over the world. "This is a normal geological process," explains Jürgen Geist, a professor of biology at the Technical University of Munich. But the mitten crab is an agressive invader. It is a ravenous omnivore and scientists fear it will eat and out-compete vulnerable freshwater species.

"The rate at present is extremely high," says Geist. This is due in part to the increasing exchange of goods on a global scale. Channels connect formerly segregated waters, and through ballast tanks or ship hulls, species are able to move with relative ease from one habitat to the next. Freight storage spaces are sometimes air-conditioned, providing better survival chances for these unseen passengers. There are some 2000 foreign species that have turned Germany into their new home.

Many invasive species are unable to survive in their new habitats. The new environment may be the wrong temperature or fail to offer the right food. But, generally, most invasive species tend to adapt well. Native species, however, tend to be more integrated into their local environment and unprepared to compete or defend themselves against the invaders.

"When environmental conditions for native species weaken, a window of opportunity opens for an invasion," explains biologist Geist. He says that human beings are ultimately responsible for this situation. Human populations facilitate invasions when making changes to local ecosystems. Some examples are the straightening of rivers, the alteration of river bank formations and the addition of toxins into the water.

In their native ecosystems, Chinese mitten crab numbers are held down by dams and weirs, which prevent the crabs from migrating to their spawning grounds. China's factories pollute the rivers, which also prevents the crab population from growing. But Germany's Elbe and Havel rivers are clean and provide good conditions for the mitten crab. 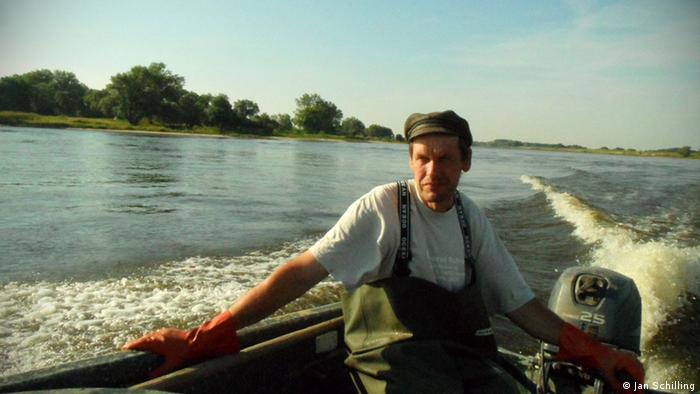 Schröder sits behind the wheel of his flat-bottomed boat, guiding it down the Elbe River. The Schröder family have been fishing for four generations, and each generation has been catching mitten crabs. As there are no natural predators for the mitten crab in these waters, the new citizens breed well and are strong competitors for local food supplies.

In the Havel River, fishermen have long sought to bring crab population under control. Schröder's family once used crabs to produce soap and even added them to animal feed. They had little luck in controlling the population. "It's very difficult to control their growth when the population is already well advanced," says Jürgen Geist. Chemical control of mitten crabs has been suggested, but Geist warns this is "both politically and ecologically questionable."

For fisherman Schröder, chemicals are out of the question but this also means there are few eels for him to catch. But he is making the best of his situation. He now fishes and sells mitten crabs. The market for these crabs is slowly growing and Germany's Asian communities consider the crab a delicacy. He's now looking for ways to break into the export market and wants to work with traders that sell the crabs in Taiwan.

Often invisible plastic waste in the ocean can harm birds, fish and other marine inhabitants. But not all organisms suffer because of it. Sea skaters use the waste as a deposit for their eggs. (12.08.2012)

Resilient plants and trees help to protect the climate

'On-farm water solutions will be a life-changer'

A new study by the International Water Management Institute found that small-scale irrigation schemes can protect millions of farmers in sub-Saharan Africa and South Asia from food insecurity and climate risks. (29.08.2012)

Can planthoppers help fight the spread of water hyacinth in South African waterways?