Local press die-offs worldwide are robbing Wikipedia of sources to cite, warns co-founder Jimmy Wales. He told the German outlet Spiegel his team's next aim is to reach 'billions' of potential users in poor countries. 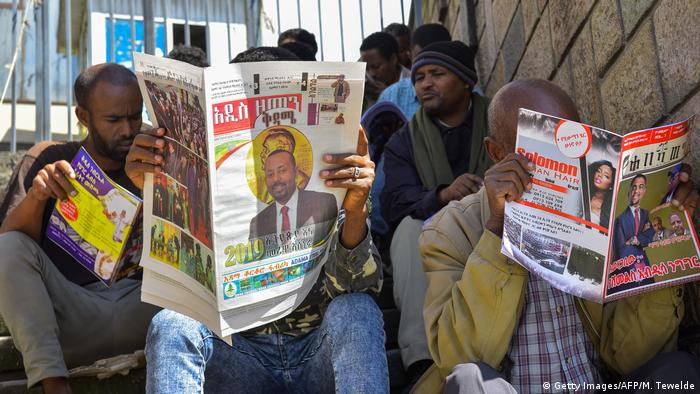 Jimmy Wales, who co-founded Wikipedia in 2001, told a German news magazine on Wednesday that declines in centuries-old local press sectors around the world worried him more than even fake news in the "Trump" era.

"You cannot write a good Wikipedia article about a small town if there is no longer news about this small town. This [trend] will impact the quality of Wikipedia long-term," Wales was quoted as saying.

Asked by Spiegel magazine if giants such as Google, Amazon and Facebook should do more to support Wikipedia, Wales replied: "yes perhaps, but we lay great value on our independence."

The multilingual online encyclopedia largely solicits donations from its millions of users, made through the Wikimedia Foundation, based in California and billed as a non-profit organization. 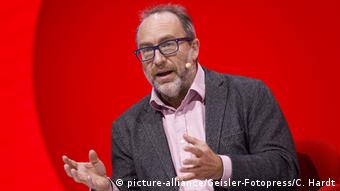 Wales was also asked about the greatest problem he would like solved. He said Wikipedia's "greatest challenge" was a growth in the languages of poorer developing countries.

"The next billion people who'll get online access will enter the Internet with mobile devices. It's difficult to write Wikipedia articles on smart phones. So we're investing more and more resources to improve access for these people," he told Spiegel Online.

Analyzing local news usage of three decades, Swedish researchers in 2015 said it was "evident that the youngest generation in our society is abandoning newspapers, regardless of the form in which they are published, and the rate of decline has increased."

In a study published last April, the Reuters Institute based at the University of Oxford, England, said local journalists and newsrooms had discovered collaboration as an "important strategy" to improve coverage of community issues.

The institute cited collaborative efforts in Britain, Italy and Finland, which, it said, showed how local journalism can "cultivate quality journalism with local impact."

One in-depth project with cash grants for local reporters examined the plight of homeless people "dying in the streets across a number of areas across the UK."

Another collaborative project in Italy examined the growth of gambling machines across Italy, resulting in visualized data and parliamentary discussion.

In July, Australia's Competition and Consumer Commission (ACCC) declared the rise of giant platforms such as Google and Facebook as a threat to public interest journalism in a study it conducted over 18 months.

The ACCC observed the closure of 106 local and regional news titles throughout Australia in the ten years up to 2018.

For every A$100 spent by advertisers online in Australia — excluding classified ads — nearly three-quarters went to Google and Facebook, the ACCC concluded.

"Make no mistake, these companies are among the most powerful and valuable in the world…," said Australian Treasurer Joshn Frydenberg as the study went public.

"Whether it be print, radio or television, content generated by journalists and owned by media companies is being displayed on social media and search engines, often without a negotiated agreement covering how data is monetized and shared," Frydenberg said.

Digital activists in Guatemala are campaigning for a Wikipedia version of Kaqchikel, a Mayan language. The goal is to save the indigenous language from dying out. At a recent "Editathon" they wrote dozens of articles. (20.08.2018)

A Slovakian journalist was murdered, and in Hungary and Poland media are coming under increasing pressure from the ruling Fidesz and PiS parties. But changes for the worse in the Czech Republic are less well known. (03.05.2018)

Turkey's telecommunications authority has said that access to Wikipedia is being barred due to entries alleging the country supports terrorism. It was not clear which specific posts had run afoul of Turkish rules. (30.04.2017)