Translating Wikipedia pages into a local language in Ghana

A group of Ghanaians have taken part in a 'translatathon' to create Wikipedia articles written in Akan – the most widely spoken indigenous language in Ghana. It's part of an effort to make the internet more accessible. 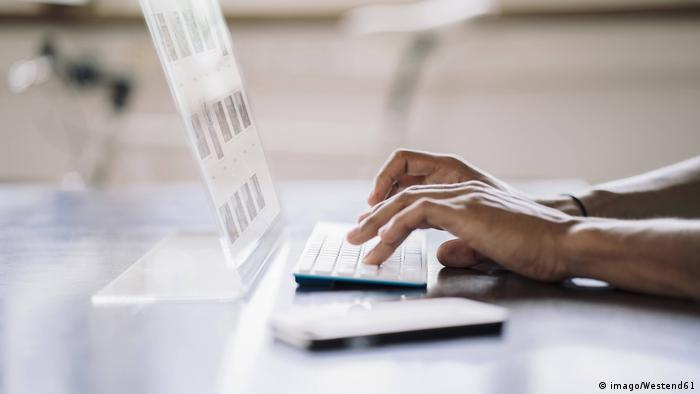 On a recent Saturday, more than 20 young Ghanaians gathered in a room in the capital Accra.

They were there to to learn how to use an online tool called Content Translator to translate and edit English Wikipedia articles into the local Akan language.

Akan, also known as Twi, is spoken as a first language by around 11 million Ghanaians, or some 40 percent of the population. Another 40 percent use Twi as their second language. Akan is also spoken by around eight million people in parts of neighboring Ivory Coast.

But materials in the language are extremely limited – something the project organizers want to change with their 'translatathon'.

The language you speak shapes your experience of the internet 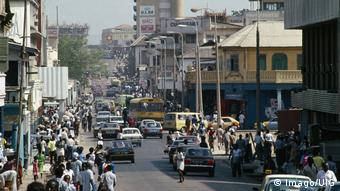 Even though English is Ghana's official language, more than 250 languages are spoken in the country

"We want to do this as a way of preserving our indigenous languages and as a way of encouraging Ghanaians to take pride in speaking and writing our local languages," said Zita Ursula Zage, who led the first workshop session.

The project has been organized by a group called the Global Open Initiative foundation, with support from the Wikimedia Foundation and the Pan-African digital news media company, Africa Feeds Media.

Wikipedia is one of the world's most popular websites. But the free online encyclopedia only exists in fewer than 300 of the world's estimated 6,000 to 7,000 languages.

The statistics for Twi are dismal. Currently, Wikipedia has 648 pages written in Twi, with many only including a few lines of information, whereas a staggering 5.8 million Wikipedia entries are written in English. 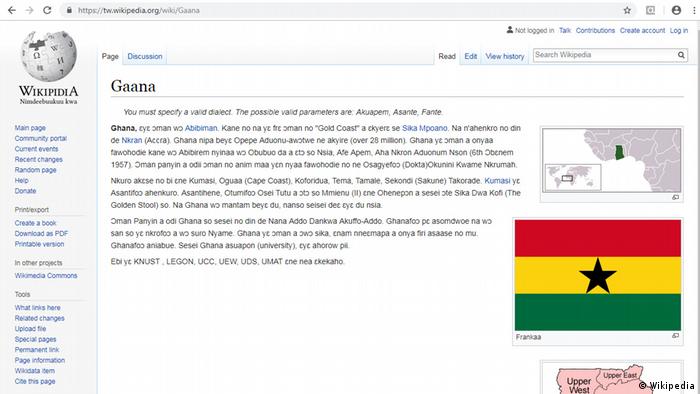 The Wikipedia page on 'Ghana' in the Twi language is quite sparse compared to the English version, but it's a start

Volunteer translator Stephen Dankwa is keen to add to the amount of online information available in Twi.

"I saw that it was a great opportunity to be able to tell the stories our own way and also in our own languages. That is why I am here," he told DW. 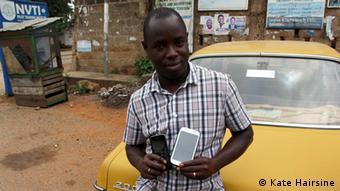 For others, it's also a way of protecting the Akan (Twi) language.

"I love Twi because it's my language," volunteer Jemima Antwi told DW.

"Our language is part of our culture and we can never do away with our language – that is why I am part of this session."

More translatathons are planned in the coming months. The initiators hope the project will gain a momentum of its own and continue without formal workshop sessions.

"At the end of this project we are hoping that a community will evolve, which is the Twi Wikipedia community," said Zage.

"So it shouldn't end here but we should have more editors coming on board the Twi Wikipedia to help increase content."

Digital rights are largely guaranteed in Ghana, but growing anger over fake news and sensationalism threatens to end that. As battle lines are drawn in the fight over regulation, the media is facing pressure to change. (06.12.2018)

Takeaways from the global internet report

The Internet Society's latest Global Internet Report finds that while mobiles are helping millions of people get online, cost and lack of relevant content are still barriers to permitting internet access. (06.08.2015)