Interview: Asia-Pacific hardest hit by climate-induced migration | Asia | An in-depth look at news from across the continent | DW | 19.03.2012

A study released by the Asian Development Bank says that the Asia-Pacific region is most affected by climate-induced migration and that governments need to act now to curb the impact of climate change. 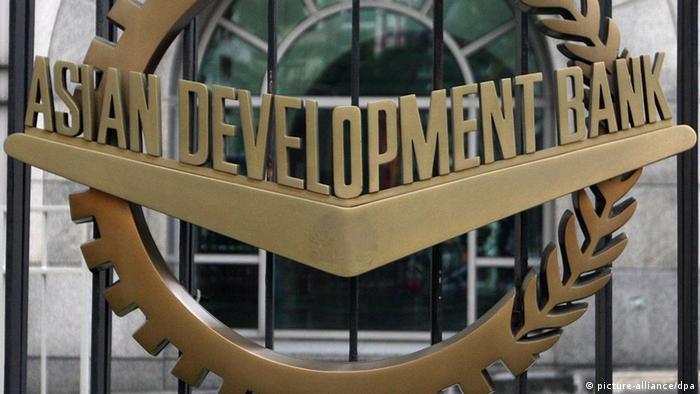 Bart Edes is the director of the Asian Development Bank's Poverty Reduction, Gender and SocDev Division of the Regional and Sustainable Development Department.

Deutsche Welle: What was the aim of the study?

Bart Edes: The Asian Development Bank released the final report of a project it has been working on for a couple of years addressing climate-induced migration. The project was undertaken to develop policy responses and financing ideas to address this emerging phenomenon in the Asia-Pacific region.

The purpose of the report was really to try to get a handle on what exactly is the interaction between changing environments and the movement of people in the world's most populous region. And it led us to a number of findings that we think we will be useful to policy makers.

Could you name some of those findings?

Sure, let's start with the fact that the Asia-Pacific region is the global area that is the most prone to natural disasters, both in terms of the absolute number of disasters and of populations affected. It's also highly exposed to climate impact and it is home to highly vulnerable population groups, including hundreds of millions of people living in absolute poverty. So this is a recipe for impacts that include the need for people to move.

Right now we already see the environment affecting displacement around the region. For example, between January of 2010 and December of last year, some 43 million Asians were displaced by extreme weather events. This includes floods, storms and extreme weather. Not all of those people became migrants. But a number of them have decided to not return to their original communities because of insecurity, because of a lack of livelihood opportunities or because those environments where they were living before are no longer stable or safe. And so this number gives you an indication of the magnitude of the issue we're dealing with.

Does the report include any suggestions on response to governments of affected regions?

What the report does not do is tell governments what they should do with their immigration policy. However, it does point to a number of specific steps that will be different from country to country that they can take to address climate-induced migration. These include, for example, increasing the resiliency of communities - so communities that are threatened by environmental change, whether it be drought or storms or rising seas. There are a number of measures that can be taken like investing in disaster risk management, by creating new livelihood opportunities, by providing social protection. 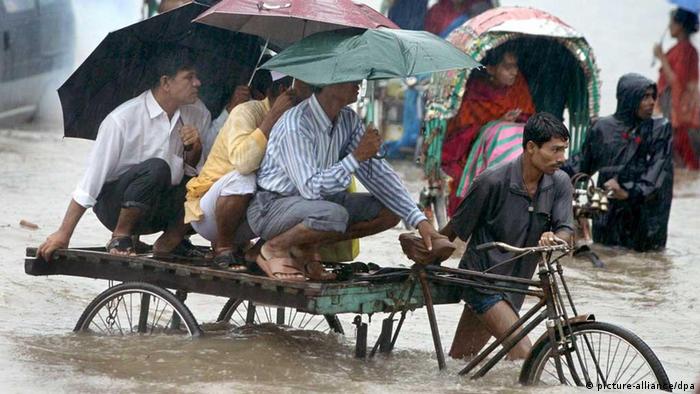 Look at the case of Bangladesh - one of the most threatened countries from a climate change perspective, and yet you have people who have been living many, many years with annual floods. And they have adapted to the changing circumstances and that country provides an example other countries can learn from in terms of adapting to conditions - whether it is putting homes on stilts, or reinforcing the materials that are used to build homes and buildings and roads.

Early warning systems also come into play. In the whole disaster-risk management field, one can also look at the financing tools - and not just from the public sector, but the private sector, too. Techniques like weather derivatives or micro insurance, crop insurance, these are measures that can help to reduce risk and vulnerability.

It also names examples of how sovereign governments have worked together and reached agreements to facilitate migration flows to the benefit of the sending country, the receiving country, as well as the migrants themselves.

2011 was a harsh year in terms of natural disasters. Does the report come to any conclusions on trends?

Natural disasters in the Asia-Pacific, like other parts of the world, don't follow a straight line. So there will be some peaks in values from year to year. But what we know from the best science is climate change is going to bring more extreme weather events and it is going to bring rising seas. We've already seen examples, like in Papua New Guinea, of people having to be relocated from one island to the next because of a combination of subsidence and rising waters.

One further thing governments can do is invest in urban infrastructures. We can anticipate that climate-induced migration will become a part of the broader migration dynamics. Keep in mind, this is a region of extensive migration already. The environmental changes are going to add to those numbers. And it also feeds into an urbanization trend that has been going on for several years now. So governments need to look at beefing up the capacity of their cities to manage larger populations and to serve them appropriately. This includes cities like Manila and Jakarta and Bangkok and coastal cities in India and China.

How, in your opinion, will the changes affect Asian society most?

This leads to the ultimate conclusion of the report: that climate-induced migration is not a foregone conclusion. Migration can be used as an opportunity to advance development and to promote adaptation. Migration often leads to improved livelihoods. Think of people moving from impoverished, rural areas to cities, where there are greater job opportunities. They send remittances home that allow the communities they have left, many of them environmentally challenged, to strengthen their resilience in order to remain where they are. So this is the message: that governments need to enact polices, to invest, to build up measures to protect against disasters. If they do not begin to plan and take action now, then we will see more humanitarian crises in the future. And that is the big risk - that there will be potentially major upheavals, including mass movements of people in localized areas if governments don't act to accommodate and facilitate migration while we still can. And also to build up the capacity of communities to strengthen themselves against environmental risks.

UN Secretary-General Ban Ki-moon urged world leaders to make a 'real move' to fight against the growing threats of climate change in his opening address at the 'Climate Vulnerable Forum' in Dhaka. (14.11.2011)