UN Secretary-General Ban Ki-moon urged world leaders to make a 'real move' to fight against the growing threats of climate change in his opening address at the 'Climate Vulnerable Forum' in Dhaka. 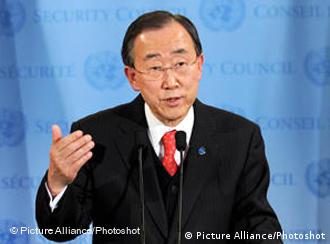 On Monday, UN Secretary-General Ban Ki-moon opened a two-day climate change conference in the Bangladeshi capital Dhaka with a forceful appeal to the nations represented to pool their resources to to help those countries most vulnerable to climate change cope with its adverse affects. Ban said governments must generate a 100 billion dollar 'Green Climate Fund' prior to the UN-sponsored climate talks that start on November 28 in Durban, South Africa. 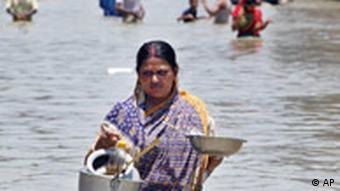 "In this time of global economic uncertainty, let (the rich nation's) commitment to green growth be an inspiration to more developed countries -- the major emitters," said Ban. The UN chief also said that it would be unfair to ask developing countries to bear the brunt of the climate disasters alone. Ban was full of appreciation for Bangladesh, which he said had become "a world leader in disaster preparedness."

Eighteen countries are taking part in the Climate Vulnerable Forum in the Bangladeshi capital, with 30 representatives collectively. The aim of the conference is "to get the nations who are disproportionately affected by climate change, the most vulnerable nations, to come together and speak with one voice," said Mesbah ul Alam, Bangladesh's secretary for environment.

Bangladeshi Prime Minister Sheikh Hasina also spoke on the occasion and criticized the lack of interest on the part of the developed countries in dealing with climate change, saying that the forum was a response to the fact that the pace of global climate negotiations was "very slow and inadequate."

"We are bearing the brunt of the damage though we made negligible or no contribution to the menace," Hasina said. "This constitutes a serious injustice... and demands immediate rectification and remedy." 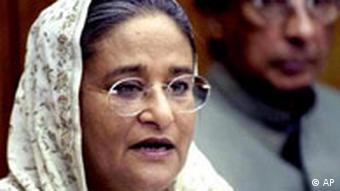 We are bearing the brunt and it is not our fault, says Hasina

The Climate Vulnerable Forum was formed in 2009 with an aim to pressure wealthy nations into helping reduce the effects of climate change and aid poor countries, and also to showcase the strategies and measures that are currently being employed by developing countries to reduce the risks of climate change.

Among the countries gathered in Dhaka for the conference are Afghanistan, Bhutan, Costa Rica, Ethiopia, the Maldives, Nepal and the Philippines.

International climate change talks have been stalled for quite some time, but the participants of the Climate Vulnerable Forum are hopeful that the deadlock will be broken during the Durban conference.

The world's population is growing, as is the number of starving people. Climate change will make the problem worse. Droughts and heavy storms will have an impact and so will our efforts to stop climate change itself. (07.11.2011)

Along with China, India is Asia's fastest-growing economy. The downside is the impact this has on the environment. But the country is taking meausres on climate protection - even more than some industrialized nations. (09.11.2010)