InSight mission on Mars begins to say goodbye to Earth

The NASA InSight research mission has provided our first look at the red planet's interior. Now, the lander is set to power down by December 2022, bringing the four-year-long scientific endeavor to a successful end. 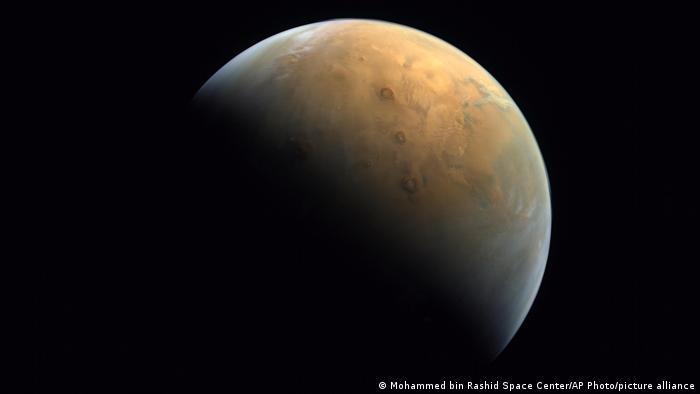 The InSight lander touched down in the Elysium Planitia region of Mars in November 2018 with the goal of studying the planet's deep interior for the first time.

"We know a lot about the surface of Mars, a lot about its atmosphere and ionosphere, but we don't know much about what goes on below its surface," said InSight principal investigator Bruce Banerdt at the start of the mission.

InSight's primary goal was to better understand how rocky planets are formed and evolved. Equipped with a suite of scientific instruments, it was designed to accomplish the mission's goals in its first Mars year ― nearly two Earth years.

Now, after a long and successful mission, the InSight Lander will steadily power down, a process that will be complete by the end of 2022. 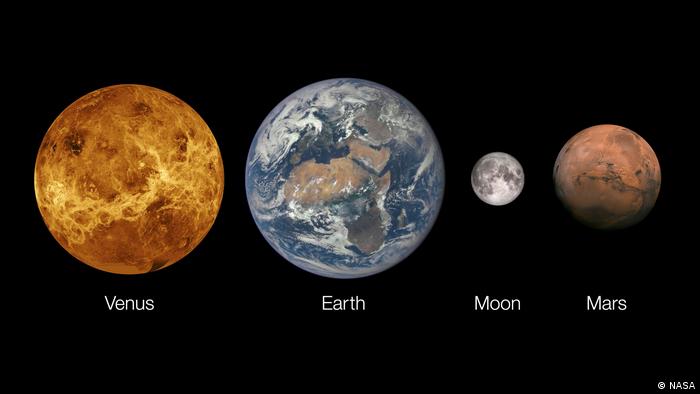 Mars is smaller than Venus and Earth, but bigger than Earth's moon

The InSight lander had a number of scientific instruments on board to measure geological and meteorological features on Mars.

One of them is a highly sensitive seismometer, which recorded more than 1,300 Mars quakes. These ranged from tiny tremors, barely more than background noise, to a handful of quakes that were stronger than magnitude 4. And recently, InSight registered a magnitude 5 quake, the largest detected on Mars so far.

Seismic waves pass through or reflect off of materials in Mars' crust, mantle and core. Waves traveling through different materials inside a planet generate different speeds and shapes, which are detected by the seismometer.

"With those vibrations, scientists can take the information to reconstruct all the material that those Mars quakes traveled through, thereby seeing the interior of the planet," said Elizabeth Barrett, InSight science and instrument operations lead.

Three studies published in Science in July 2021 gave humanity its first insights into the structure of Mars. They found Mars has a 24 to 72 kilometer (15 to 44.7 mile) thick crust, likely enriched in radioactive elements that produce heat.

Below the crust, the mantel consists of one rocky layer, rather than two like Earth has. Mars' core is very large, roughly 1,830 kilometers in radius, and filled with an iron-nickel liquid.

"By measuring the detailed structure of the interior of Mars, we get a snapshot of what it looked like 4.5 billion years ago," said Banerdt. 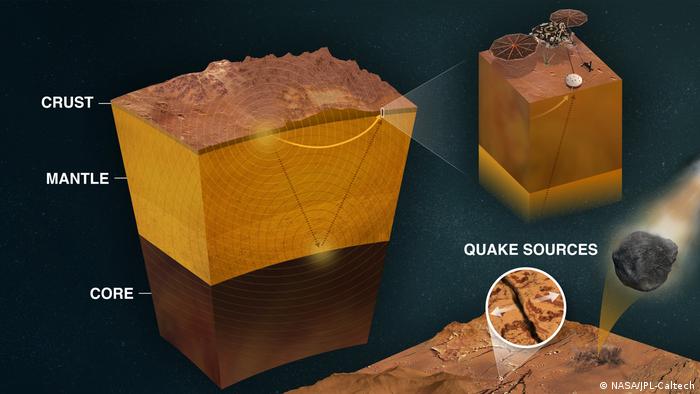 The team also set out to make a detailed record of the weather on Mars. The onboard weather station allowed meteorologists to study the weather at the landing site and relate that to the climate changes on Mars. 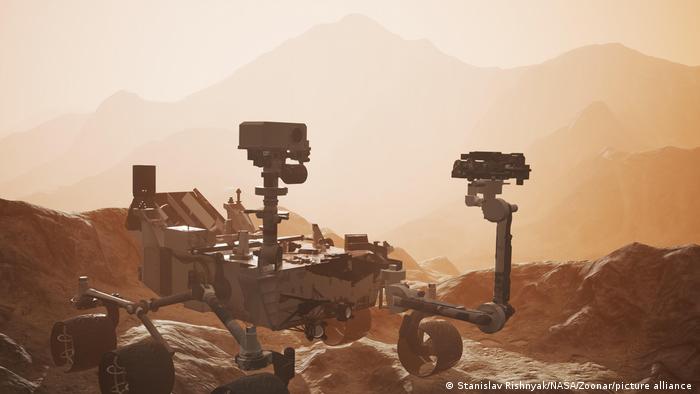 Mars rover Curiosity is active elsewhere on the red planet

Powering down the mission

After InSight met the goals of its two-year prime mission in late 2020, NASA extended the mission until December 2022.

However, due to dust accumulation on its solar panels, the InSight lander's electrical power production is dropping. With decreasing power, the team will gradually shut down different instruments until InSight will eventually lose power entirely.

The team were able to buy more time this past summer with an innovative method to clean the solar panels ― using dirt. Using a remote control arm with a scoop attached, they dropped heavy dirt onto the panels, knocking some of the dust off. 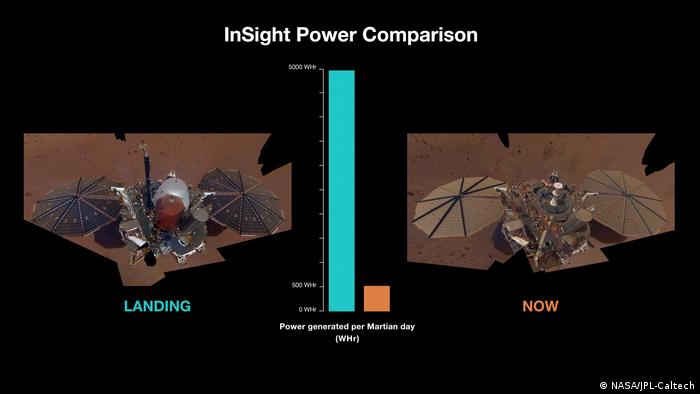 Currently, the seismometer is still in operation, but it will be turned off in late summer 2022 to preserve power. This is expected to be the end of the InSight lander's science operations before the craft's power levels are so low that it will simply stop responding by the end of 2022.

"InSight has been fantastically successful. We've gotten more science than we had ever dreamed we would get. We've rewritten the encyclopedia chapter on the interior of Mars," said Banerdt.

The mission has generated enough data for scientists to analyze for decades to come. Answering questions on Mars' structure will help shed light on how all rocky planets and satellites form, including Earth and its moon.

But for now, it's over to NASA's Curiosity Rover to continue the mission on Mars.