A spike in insider attacks on NATO troops by Afghan soldiers and police has threatened to undermine trust between the comrades-in-arms. NATO has begun to resume work with Afghan units after suspending joint patrols. 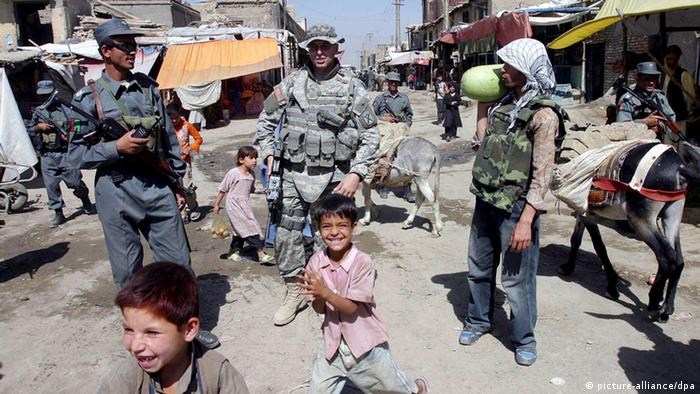 After a decade of war and just two years before NATO's 2014 withdrawal deadline, the US-led military coalition and Afghan forces are struggling to maintain confidence in each other amid a rise in insider attacks. NATO has begun to slowly lift a week-long suspension of joint patrols with Afghan security forces, which had been imposed as a consequence of the "green-on-blue" attacks. 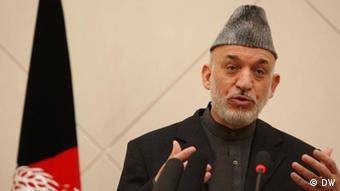 The Karzai government blames outside forces for the attacks

The Long War Journal, a website devoted to tracking the so-called "global war on terrorism," has reported that 51 coalition troops have been killed at the hands of rogue members of the Afghan military and police in 2012. That represents 15 percent of the total casualties suffered by the international coalition this year and a 35 percent increase over the number of green-on-blue attacks in 2011. Green refers to Afghan forces and blue to coalition troops.

"We're all seized with (the) problem," General Martin Dempsey, the chairman of the Joint Chiefs of Staff, told the American Forces Press Service. "You can't whitewash it. We can't convince ourselves that we just have to work harder to get through it. Something has to change."

"But we've got to make sure our Afghan counterparts are as seized about it as we are," said America's top military officer. "We have to get on top of this. It is a very serious threat to the campaign."

Although NATO claims that most of the attacks are the consequence of cultural differences and personal disputes, the Afghan government has said that the insider attacks are largely due to infiltration by Taliban insurgents, supported by the Iranian and Pakistani intelligence services.

"The National Security Council has enough evidence to prove that Afghans are being used and brainwashed by these foreign agencies," Aymal Faizi, a spokesman for Afghan President Hamid Karzai, told the Washington Post. "They see this as a way of attacking the buildup of the Afghan National Security Forces…proving that they are weak and unable to protect the country."

According to Candace Rondeaux, the International Crisis Group's senior analyst in Kabul, the level of confidence between coalition and Afghan forces at the ministry level remains quite high despite the attacks. But comments by Afghan government officials, blaming the attacks on foreign intelligence agencies, could undermine that confidence and trust.

"There seems to be a bit of denial by the Afghan government for the causes of the attacks," Rondeaux told DW. "Not the least of which are numerous problems with soldiers going absent without leave with units across the country, which seems to precipitate these attacks."

Stephen Biddle, an expert on US military strategy at George Washington University, worries that a possibly corrupt and politicized Afghan officer corps may be undermining troop morale and creating tensions between coalition and Afghan forces. And as respect and trust between the two sides decline, violence may be the consequence. 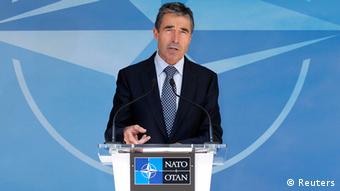 NATO chief Rasmussen has said alliance strategy will not change

"It is entirely plausible that what we are seeing here is actually the kind of second order symptoms of a deeper problem of systemic lack of motivation in the Afghan security forces, resulting from politicization," Biddle told DW.

According to Rondeaux, corruption among Afghan officers puts tremendous strain on Afghan foot soldiers, who are often "under pressure from their commanders to participate in bribery schemes (and) in schemes designed to enrich their commanders." And at the same time that they're being compelled to enrich their superiors, they personally face poor conditions and mistreatment in the field.

"They're exposed to the death of their colleagues, they're exposed to mistreatment, poor conditions on military bases, and it appears that the Afghan military has an awfully difficult time getting their dead off the battlefield and home to families," Rondeaux said. "So the psychological impact on Afghan soldiers should not be forgotten when analyzing the cause of the attacks."

Working against the clock

According to Biddle, if the spike in insider attacks is indeed more a consequence of a corrupted and politicized officer corps rather than Taliban infiltration, then the problem will not be solved "by running Americans through cultural awareness classes or re-vetting Afghan recruits." Instead, it would require a major overhaul of coalition strategy that shifts focus to reforming Afghan governance practices.

But as the 2014 withdrawal deadline approaches, there is concern that the Afghan military will not be ready in time to assume responsibility for the country's security. Republican Senators Lindsey Graham and John McCain and independent Senator Joe Lieberman recently wrote a letter to US President Barack Obama expressing concern over the timetable for withdrawal given the recent insider attacks.

"...We also believe this decision raises questions about the broader strategy that the Obama administration has been pursuing in this conflict, especially with respect to its timetable for drawing down our military forces in Afghanistan," the senators wrote.

'A choice of conscience'

After taking office, President Obama "surged" some 33,000 troops into Afghanistan in a bid to break the back of the Taliban and clear a path for a politically acceptable exit. Those additional troops were withdrawn this month in accordance with the president's timetable, leaving 68,000 US troops and just under 40,000 international forces operating in a country larger than Germany.

"My take on the surge is that it has actually even made things worse in Afghanistan because it has triggered an escalation," Thomas Ruttig, a former diplomat with the former German Democratic Republic and the co-founder of the Afghanistan Analysts Network, told DW. 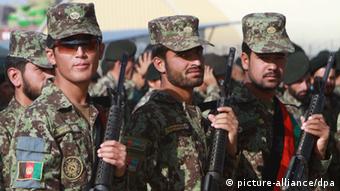 "The surge has been followed by a surge on the part of the Taliban, which includes that wave of IEDs (improvised explosive devices) and targeted assassinations that is a reflection of the kill-and-capture strategy of US special forces," Ruttig said. "I do not see that the situation has improved in the key areas where the surge has happened."

But with the surge now history and the withdrawal deadline rapidly approaching, policy makers in the West - and above all in Washington - face the decision of what happens next. According to Biddle, although American voters prefer a withdrawal, the war "has extremely low political salience." As a consequence, the level of support Afghanistan receives post-2014 will largely be a factor of how US elected officials perceive the American national interest.

"Afghanistan is really a choice of conscience," Biddle said. "It's not like the voters are going to throw them out of office if they make an unpopular decision on Afghanistan. There are no torch lit marches on the Pentagon. There are no protests on the Washington mall. Very few people are writing their congressman to demand that we get out of Afghanistan. This is not the kind of issue that wins and loses elections right now."

Nothing wrong with the troops' morale: ISAF

The number of insider attacks against NATO soldiers in Afghanistan is on the rise. German General and ISAF spokesman Günter Katz has spoken with DW about the developments. (18.09.2012)