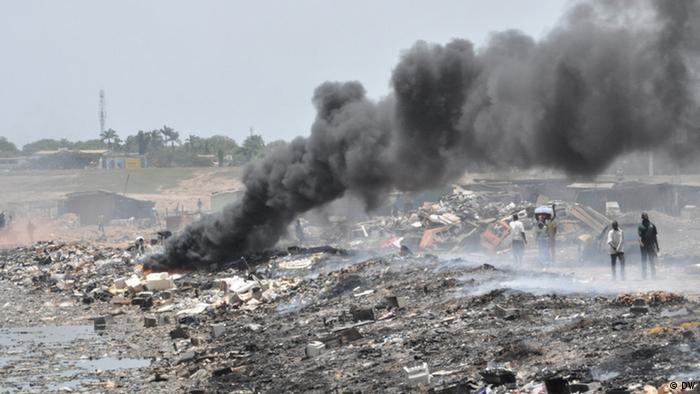 Deepali Sinha Khetriwal is a research associate at the United Nations University in Bonn where she works on the Step Initiative (Solving the E-waste Problem). She focused on consumer habits and electronic waste in her PhD on the policy, research and economic aspects of e-waste.

Global Ideas: Germany has 80 million residents and about the same number of old cell phones lying around. How has the usage of mobile phones developed in recent years? 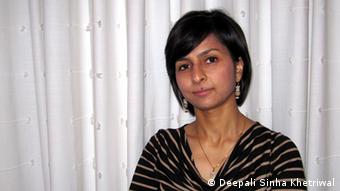 Deepali Sinha Khetriwal: Everywhere you look, the penetration of mobile phones is skyrocketing. It’s exponential growth...Every year, India and China are adding 300 to 400 million new subscribers a year. So it’s a very rapid penetration. And it’s right across the social strata which is very interesting because it’s giving a lot of people access to services which they didn’t have previously. Lots of people have just leaped from not having any telephones at all to just having a mobile phone. So they haven't gone through the whole landline usage phenomenon.

How long is the lifespan of a mobile phone?

Most mobile phone manufacturers and companies estimate between eighteen months and two years. It’s not the actual technical lifespan of the phone. If you have a mobile phone, technically it’s probably capable of working 10, 12, 15 years even. But the actual usage is only for about two years. It’s probably different in different countries. In a country like India, a developing country, you have a slightly longer lifetime because of the extensive re-use that takes place. In more industrialized countries, like Germany for example, it’s limited to some 18 months – or as soon as your past contract expires, you get a new phone. And that’s also the kind of cycle time that mobile phone manufacturers work to in terms of launching new products, in terms of launching new models.

E-waste from industrialized countries is still often shipped to Asia and Africa, but that has changed somewhat because of the Basel Convention which amounts to an international policy on e-waste. Has much has really changed?

What is the Basel Convention?

How should we best dispose off toxic electrical waste? The Basel convention was put in place to help answer that question. (23.04.2013)

The Basel Convention is actually much more about the documentation side of trade in e-waste. The convention is really to say if a shipment of waste is going from say Germany to India or any country, there is a system of prior information and prior consent. It’s to say we are shipping hazardous waste from this country to that country. And you just inform the other country and they say okay that’s fine we’re happy to accept it, we have the capabilities to process it, etc. That’s really the fundamental basis of the Basel Convention. 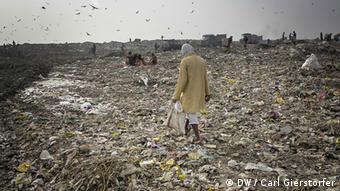 Where do e-waste products from the West end up? Are they reused or do they end up in landfills? 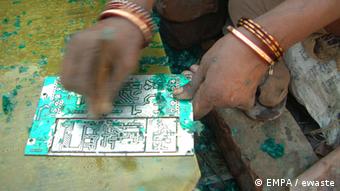 Dangerous work - a woman scrapes off plastic from a circuit board

The most commonly recycled parts are PCB’s (printed circuit board) which have all the precious metals. They take out the copper wires which are high value and they are able to strip the metal down to copper and sell it to other users. There are parts of a computer or a mobile phone that are lucrative but then there are parts that are not, like the plastics etc. So you will find just the shell of a monitor in a dump somewhere. Or the keys for example of a keyboard, they’re just thrown away.

Most people think that the minute you say e-waste it’s all about computers, cell phones, etc. But it’s also about things like refridgerators or washing machines, toasters and vacum cleaners. This is all under e-waste. You have also a lot of refrigerators for example being shipped to developing countries which are discarded in developed countries. Because of the way they are handled, stored and shipped, it damages the compressor, it damages the mechanism in a way that they are really either inefficient and energy guzzling or they really just don’t cool enough so they then end up in the trash.

The refrigerators are all metal so that is all the part that is recyclable. The shell outside, for example. But it’s very unsafe. There’s the refridgerant, there’s the cooling foam and stuff which can be quite dangerous.

How can it be hazardous or dangerous?

Improper recycling is hazardous in the first place. If you have a PCB and you want to recover the gold from it and you want to do it in this informal way, you would use mercury and different acids and things like this to recover the gold. That is hazardous not only for the person who is doing it, the recycler, but then he’s boiling it so it’s all going into the air, he’s probably putting it down the drain so it’s contaminating the water, it’s obviously done on open land so the soil also gets all these things. So it’s hazardous in the processing. And then of course, once you strip the PCB of the gold, the rest is actually just landfill, it’s dumped somewhere so it’s hazardous again. The process itself as well as the end are both hazardous.

Who’s to blame for all this e-waste? Is it because of insufficient international policy, or are the consumers themselves the problem because they buy too many devices? 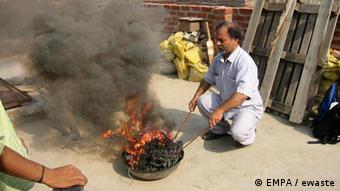 When e-waste is burned, it produces toxic gases that are hazardous to people and the environment

It’s easy to say yes if you put a policy it should stop but the actual implementation is actually much more difficult than the policy which is already in itself quite difficult. So I don’t think it’s possible or even right to try to blame somebody because it’s right across all the stakeholders who have to play a role in solving the problem.

What is the best solution? To make recycling more formal and to improve the infrastructure?

The difference between a formal and informal recycler for me at least is really in their processes and controls in terms of the toxicity. So being able to control and prevent toxins from escaping. In an informal setup, you don’t have those controls. You’re not wearing your protective equipment, you don’t have a closed area to keep all the toxic parts, your processes are not so clean. In a formal setup, you do have more of those controls, the possibility to reduce the toxins and control the hazardousness of that. So that is the way to go I think.

So in your opinion the biggest problem with e-waste is that most of it is hazardous if it’s not treated correctly?

Yes. If your mobile phone is sitting in your drawer at home, it’s not hazardous. It’s safe to continue sitting. But the minute you try to recycle it wrongly, that’s when it’s hazardous.

So would you say it's safer to just keep all of our old mobile phones?