Student demonstrators have continued to clash with police in Indonesia over a proposed penal code overhaul that critics say would impose draconian curbs on civil liberties and cripple the country's anti-graft agency. 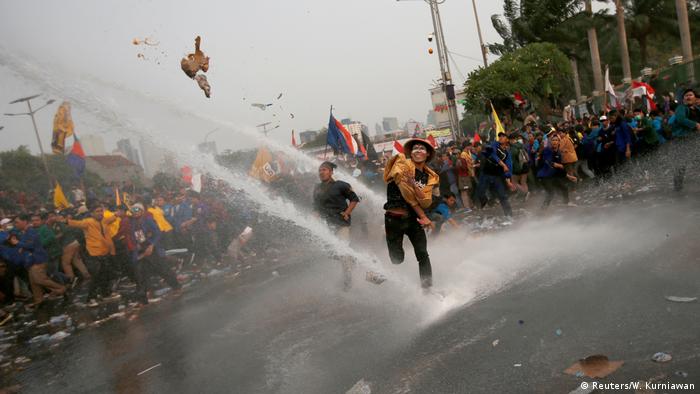 Hundreds of student demonstrators clashed with riot police on Wednesday in Jakarta, marking the third day of protests over a series of conservative laws set to overhaul Indonesia's criminal code.

Wednesday's protests were reportedly smaller than similar demonstrations on Tuesday, during which police said more than 250 demonstrators and nearly 40 police officers had been sent to the hospital with minor injuries.

Police again fired tear gas at demonstrators who hurled rocks and bottles as they attempted to reach the parliament building in Jakarta. Around 200 high school students were arrested Wednesday for not possessing a protest permit, according to police.

In Padang, the capital of West Sumatra, thousands of university students stormed the local parliament building on Wednesday, reportedly damaging windows and furniture. Clashes between demonstrators and police have also occurred in Makassar, Palu, Garut and Bogor.

The new laws in the Muslim-majority country would include criminalizing pre-marital sex, restricting access to contraceptives and abortions, outlawing insulting the president and toughening the penalty for blasphemy.

The demonstrators also oppose changes to a law passed last week Indonesia's anti-graft agency, which critics have said will weaken investigations into corruption.

The parliament had been due to pass the draft revisions to the penal code on Tuesday but delayed voting at the request of Indonesian President Joko Widodo due to the public outcry. 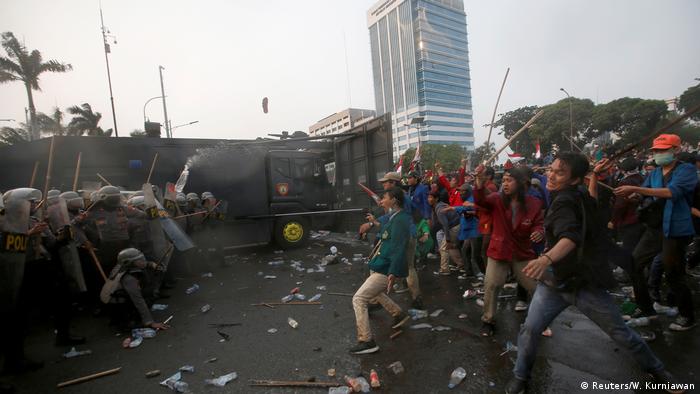 Indonesian demonstrators clash with police in Jakarta on Tuesday

Updating Indonesia's criminal code, which dates back to the Dutch colonial era, has been debated for decades. Conservative Islamic groups in Indonesia have renewed calls for reform.

The protests could threaten the credibility of Widodo, who recently won a second term after campaigning to fight corruption and increase government transparency.

Coronavirus: Belgium hospitals on the brink as caseloads soar 1h ago