Indonesia pins hopes on Hanover Trade Fair to draw Industry 4.0 investors | Asia| An in-depth look at news from across the continent | DW | 13.04.2021

Indonesia is expecting to draw in "sizable" investment in Industry 4.0 sectors such as AI, machine learning and robotics. But huge challenges remain. 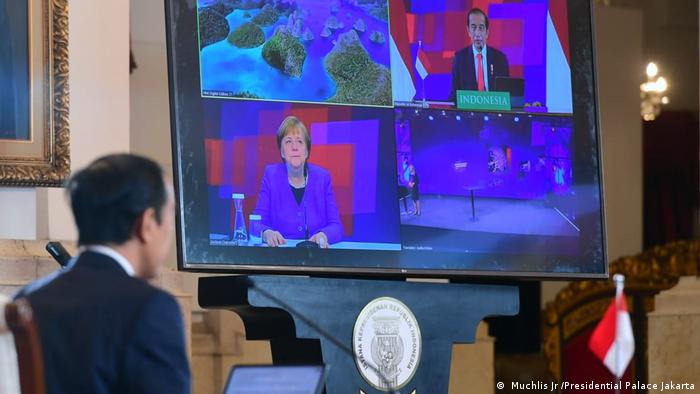 After getting canceled in 2020 because of the coronavirus pandemic, the Hanover Trade Fair, the world's largest industrial exhibition, is taking place from April 12 to 16 this year.

For the first time in the exhibition's over-70-year history, it is being held fully digitally, and Indonesia is the partner country.

The fair was opened on Monday by German Chancellor Angela Merkel and Indonesian President Joko Widodo.

This year, the focus is on artificial intelligence, machine learning and robotics. "The main topics at this year's Hannover Messe include AI and machine learning, robotics, Industrie 4.0, C02-neutral production, and Logistics 4.0 as well as solutions for the e-mobility of the future," Jochen Köckler, CEO of Deutsche Messe AG said in a press release.

More than 1,800 companies are exhibiting their products and concepts at the fair.

As this year's partner country, Indonesia has pinned a lot of hopes on showcasing its industry potential and attracting investors.

Arif Havas Oegroseno, Indonesia's ambassador to Germany, told DW that, by participating in the fair, the country expects to win a "sizable investment."

"There will be an investment booth, a place where people could find more about investing in Indonesia with assistance from BKPM (the Indonesian Investment Board)," Havas said.

Speaking at the opening of the trade fair, Widodo said the transformation of technology — which is the main theme of the fair — was increasingly important. 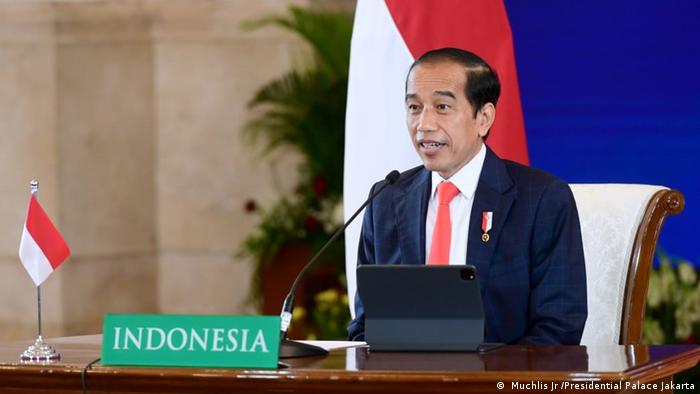 The pandemic has accelerated digitalization globally, Jokowi said. He added that the trend is in line with his country's industrial road map: "Making Indonesia 4.0."

The strategy, launched in 2018, aims to transform the Southeast Asian nation's economy and help it leapfrog into the next industrial era.

Indonesia also expects it to accelerate growth and become one of the world's top 10 economies by 2030. It is currently the 16th largest economy in the world.

Jakarta has earmarked five sectors — food and beverage, automotive, electronic, chemical, and textiles — that it believes would play a key role in achieving its economic goals.

Many firms in these sectors have already started implementing measures to make themselves competitive in Industry 4.0. 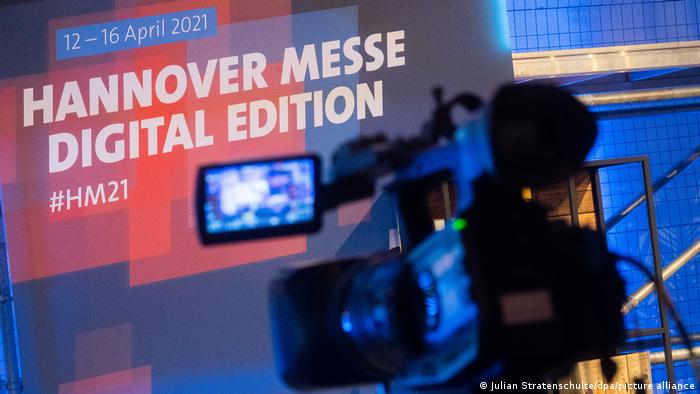 For the first time in the Hanover trade fair's over 70-year history, it is being held fully digitally and Indonesia is the partner country

Bhima Yudhistira, an economist with the Indonesian think tank Institute for Development of Economics and Finance (INDEF), told DW that most firms in Indonesia are still in Industry 3.0 or even 2.0.

Over the past few years, small and medium-scale industries have already been hit hard by the flooding of goods from China, and recently by the pandemic, he said, adding that focusing on Industry 4.0 without providing support for SMEs could result in these companies losing out and becoming uncompetitive.

"Industries that are still active in Industry 2.0 and 3.0 could be left behind since they are not able to compete due to lower efficiency and unsteady quality control," Yudhistira said. "We need more linkages between Industry 4.0 and 2.0 so that there is a transfer of technology and knowledge."

Another challenge is the lack of good-quality physical and digital infrastructure in Indonesa, with patchy internet coverage in many areas and a lack of reliable electricity supply.

Anne Patricia is vice president and director of PT. Pan Brothers Tbk, one of the largest garment companies in Indonesia, which is manufacturing clothes for brands such as H&M, as well as masks and protective gear.

"We continue to improve since automation and digitalization are not stagnant, meaning plenty of new developments," she said.

Industry 4.0 requires skilled labor, with high level of competencies in advanced engineering, IT, robotics and other technical branches. It also needs people with good managerial and analytical skills.

According to Indonesia's statistical bureau, however, in 2020, almost 51% of Indonesians aged 15 and above had only received middle school education.

INDEF's Yudhistira said it would be hugely challenging to hire skilled labor in sectors that require advanced technical skills. The expert pointed out that setting up vocational schools could be the answer to close the skills gap.

Furthermore, he said, it is important for universities and big companies to collaborate, as well as share knowledge and expertise with fresh graduates. "Large-scale firms have had little issues implementing Industry 4.0 practices and it is not impossible for small businesses to benefit from it. ... The challenge is how to bring the next generation of tech to small and medium enterprises."