When William and Kate said their vows, nearly a billion people watched on TV. On Saturday, two members of Germany's nobility wed - but the general public couldn't really get excited. 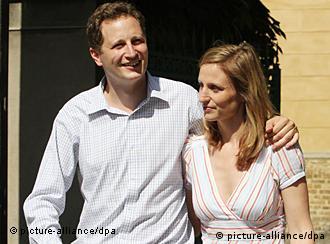 It's Germany's turn for a fancy wedding

On Saturday, Prince Georg Friedrich von Preußen wed Princess Sophie von Isenburg. Despite efforts by the tabloid press to blow the event up to Will and Kate-sized proportions, most people haven't been able to muster much enthusiasm for the marriage of two business graduates.

The lack of enthusiasm is partly due to the increasingly troubled status of German nobility.

In 1919, the Weimar Constitution revoked all kinds of special privileges previously enjoyed by German royalty. Suddenly, all citizens were treated equally before the law, with the same civil rights and obligations. It also ended the tax exemption that German nobility had previously enjoyed. Stripped of the perks of their status, they were left only with their land and their titles.

But although nobility was abolished as an institution in Germany, it endures as a social class. Nowhere is this more obvious than when it comes to weddings - a glance at the pedigrees of most nobles shows they still tend to marry amongst themselves.

Take, for example, the wife of disgraced former Defense Minister Karl Theodor zu Guttenberg: She wasn't just not any old Stephanie, but rather one Stephanie von Bismarck-Schönhausen, the great-great-granddaughter of Otto von Bismarck, the architect of German unification in 1871.

Together, the pair managed to bring a bit of glamour to the otherwise drab German political scene. However, the scandal over Guttenberg's plagiarized doctoral thesis quickly cost the minister his credibility and his position. The family is now reportedly moving to the United States, where their names are likely to raise far fewer eyebrows.

The issue of scandals - and indeed, their seeming frequency amongst the upper classes - is yet another reason 'average' Germans may be reluctant to put their nobility on much of a pedestal. 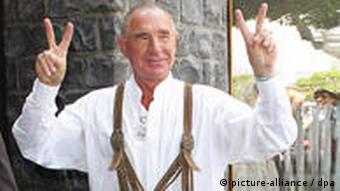 Prince von Anhalt has a reputation as a party boy

Married to Princess Caroline of Monaco and a fixture of European aristocracy, his manners are nevertheless reminiscent of a British football hooligan. He has beaten up reporters, photographers, and cameramen (and women). At the World Exhibition Expo 2000, he was caught urinating against the Turkish pavilion. He's a speed demon, as well: French police once clocked him driving 211 km/h (131 m/ph) on a motorway with a speed limit of 130 km/h.

But Prince Ernst August is hardly an enigma. Take Prince Frederic von Anhalt, a man from a bourgeois family who paid a princess to adopt him, thus giving him the right to use a noble title. Paying for a title is, incidentally, not an uncommon occurrence in Germany, and there are many "fake" nobles.

Frederic von Anhalt married Hollywood legend Zsa Zsa Gabor, and then proceeded to float through high society, often with a thick cigar pressed between his lips. In addition to appearing on reality TV shows, he also bestowed his title on his 'adopted' children, many of whom are big names in the seedy nightlife underworld. 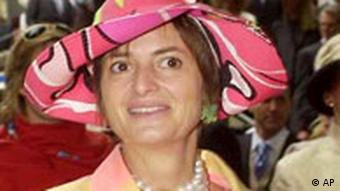 After all these years, she still has a very individual fashion sense

However, neither of these men could hold a candle to the tabloid exploits of Gloria von Thurn und Taxis. Born a countess, she became a princess after her marriage to Prince Johannes. Long before Lady Gaga debuted her Kermit the Frog dress, Gloria von Thurn und Taxis was wearing sweaters decorated with teddy bears. In the 1980s, no outfit was too shrill, no hairstyle too outrageous.

However, after the death of her husband, the countess fell on hard times and had to struggle to save the family fortune. Things got even worse for her when, in 2001, she commented during a talk show that Africa's AIDS problem was not due to lack of contraception, but the fact that blacks are overly fond of having sex.

With nobles like these, it's no wonder Germany has struggled with the proper way to celebrate a "royal" wedding - or at least, as royal as it gets in a parliamentary democracy, anyway.

The marriage of Prince Georg Friedrich of Prussia, a great-grandson of the last German Emperor, and his future wife, Princess Sophie of Isenburg, is not an official state wedding, though the ceremony was broadcast on TV. The program director of the transmitting station defended the decision, citing the "history lessons," that go hand in hand with the wedding. But license fee-payers were outraged, noting that it was an alliance of the Prussian nobility, the Church and Hitler's National Socialists that brought unimaginable suffering brought to Europe. Probably not what the happy couple wants to be reminded of on their wedding day

German monarchists are following the build-up to Britain's Royal Wedding with a touch of jealousy. They yearn to see a wedding with the same amount of pomp and show in Germany. After all, royal families are all related. (28.04.2011)

Tying the knot in style - 70 years of European royal weddings

Whether they end happily ever after or in a high-profile divorce, royal weddings have caused a stir for centuries. With William and Kate due to tie the knot on Friday, DW takes a look at 70 years of iconic royal unions. (28.04.2011)

Beware the guillotine as anti-monarchists prepare for the royal wedding

As Britain makes last-minute preparations for Friday's royal wedding, anti-monarchists from across Europe plan to use the occasion to call for the abolition of Europe's royal families. (28.04.2011)

The UK national broadcaster has apologized to Patrick Jephson, who served as Princess Diana's private secretary when the BBC's Martin Bashir conducted a controversial interview.