India still grappling with maternal deaths | Asia | An in-depth look at news from across the continent | DW | 13.05.2014

About 45,000 women in India die every year during or soon after childbirth. The maternal mortality rate in the South Asian country has decreased in recent years, but much still needs to be done. 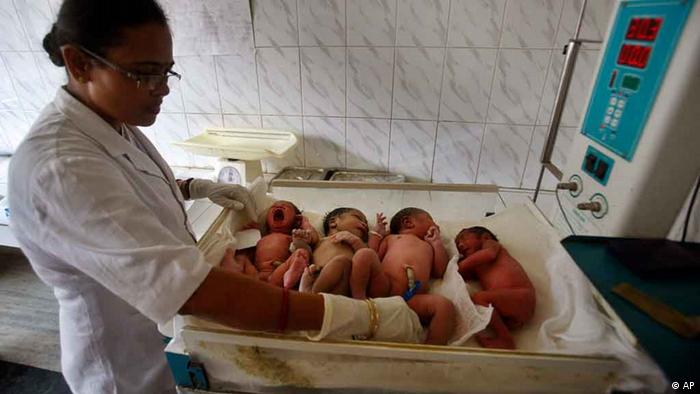 The loss cuts so deep that Vivek Prakash does not know whom to blame, other than God, or perhaps, the doctor involved. All routine tests throughout the pregnancy of his 26-year-old wife, Rashmi Sinha, had been normal. Two days after her initial due date in March 2012, an ultrasound test revealed that the fetus had stopped moving. It was a manageable complication, and her gynecologist, Amrita Sharan, recommended an immediate caesarean section.

Sinha and her husband went to the A.K. Memorial Nursing Home, a nearby facility that is used by local doctors for simple surgical procedures. Prakash paid 25,000 rupees (300 euros) and waited anxiously outside the ward. Soon, he heard the cries of his baby daughter. Born on March 6, Shambhavi's vitals were all normal.

Sinha stayed in the nursing home to recuperate when, on March 8, she started shivering rapidly and her blood pressure plunged. She needed immediate emergency care, which the nursing home in the city of Patna was not equipped for. Prakash moved her immediately to the larger Magadh Hospital, where she was admitted into the intensive care unit. 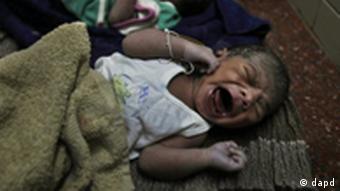 Doctors at the hospital told Prakash the next day that Sinha was suffering from a bloodstream infection, likely due to a bacterium acquired during the caesarian. Such infections, also known as sepsis, are more common in India than in the developed world and indicate poor quality of care.

On March 10, Sinha's organs shut down. A ward boy summoned Prakash and other family members into the intensive care unit ward. The room was in chaos as doctors swarmed around his wife. They applied defibrillator paddles to her chest to shock her heart back into function.

"They were trying to resuscitate her with shock, but it looked like she was already gone," Prakash said. "It was very painful to watch."

Sinha is one of about 45,000 women who die every year during or soon after childbirth in India. Her story is a grim tale of death by sepsis in hospitals, which is the third leading cause of maternal mortality in the nation. The information comes from a study published in the journal PLoS One in January by a team of researchers led by Prabhat Jha, director of the Center for Global Health Research at the University of Toronto. The project involves an international body of scientists, which is decoding the causes of a million randomly-chosen deaths in India between 1998 and 2014.

For the aptly named "Million Death Study," Jha and his colleagues focused on 1,130 households where a young woman had died during pregnancy, and talked to the families. The scientists gave verbal narratives collected from the families to two independent doctors, who would then decide the cause of death.

The RSBY health insurance scheme for India's poor is a mammoth undertaking. Over the past six years, some 36 million families have acquired a smart card which entitles them to medical treatment. (25.02.2014)

The eradication of polio in India is one of the country's most successful medical feats. But millions, for whom vaccination came too late, continue to struggle. (16.01.2014)

Thousands of Afghans travel to India each month in search of medical treatment. Poor healthcare and mistaken treatment in Afghanistan are causing this number to grow. Hospitals have adjusted to accomodate the influx. (29.11.2013)

In Pakistan, abortion is illegal, and so is adultery - creating a situation where hundreds of children born out of wedlock are secretly killed each year. Their bodies are, literally, thrown out with the garbage. (22.04.2014)

The study found that 17 percent of all maternal mortality cases in India in 2005 were due to sepsis. That was higher than the 11 percent the government had stated previously.

India's maternal mortality rate has decreased in recent years, and in 2012, there were 178 deaths per 100,000 live births, down from 212 in 2007. The improvement is due to a concerted action by the Indian government to increase access to medical care for pregnant women in rural areas. But the number is still very high: in comparison, 13 women died for every 100,000 live births in the US in 2007.

Jha has repeated his study for more recent years and has found surprising results. The proportions of the causes of maternal mortality in rural and urban India, rich and poor states, north and south, were similar. This means a woman in a city like Mumbai is equally likely to receive shoddy medical care as women in poorer regions.

"Sadly, in India, many cases of sepsis are linked to poor quality caesarian operations," Jha told DW. "For a caesarian delivery to lead to an infection strikes me as almost criminal. If you maintain good quality in the surgical field and you make sure there is no infection can be introduced, caesarians don't result in such deaths."

Amrita Sharan, Sinha's gynecologist, disagrees with Jha and insists she did everything she could to save the patient.

"It is a very catastrophic incident for me," Sharan said. "I really did my best. I did what I would've done for one of my family members,'' the gynecologist told DW.

Whose fault is it?

Experts say that ensuring doctors are properly trained and hospital staff practice rigorous hygiene can help control hospital-acquired infections. Such steps have helped maternal mortality rates in Brazil fall by nearly a third to 55 per 100,000 live births in 2008 from 149 in 1980, according to a 2010 paper published in The Lancet journal.

In western countries like United States and Canada, the death of a woman during childbirth in a hospital is "extremely rare" and often warrants a thorough investigation of the factors that led to the incident to avoid future occurrence. Such investigations are not common in India and autopsies are not routinely done. 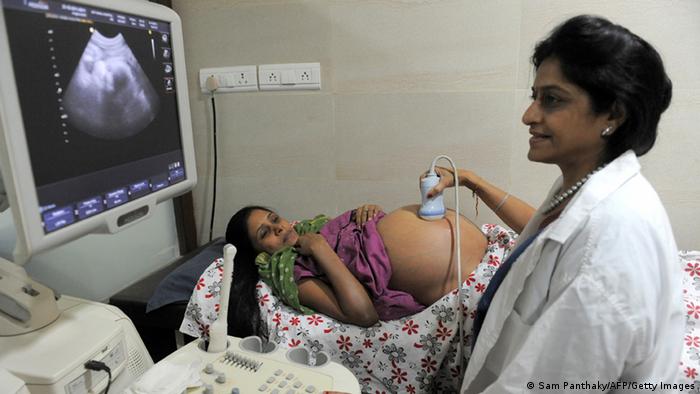 India's maternal mortality rate has decreased in recent years, but remains high in comparison to other countries

Prakash says he is still in shock. He took Sinha's body home and cremated her. He feels someone was definitely at fault, perhaps Sharan, or the nurses and administrators at the nursing home.

"We were in utter shock. At that time we were not in a position to question the doctors to find out exactly what happened," Prakash said.

Too big a loss

Reflecting on the loss, Sinha's brother, Neeraj Kumar Sinha, said the nursing home had dusty floors and nurses who didn't appear to be well-trained. The family would have moved her to a better hospital but, Sharan insisted on doing the procedure at the nursing home, said Neeraj Kumar.

Prakash and Neeraj Kumar say they do not have the knowledge or the resources to probe Sinha's death. Legal disputes in India, including those involving medical errors, can drag on for years or decades, and can cost petitioners hundreds of thousands of rupees. No autopsy was done after Sinha's death and the family only possesses a limited set of medical records, making it difficult to pursue a legal course of action.

"I was ready to fight, but I had no time," Prakash said. "We were only three - me, my mother and my father. And we had to take care of the child."