Mufti had been held since August 2019, along with thousands of politicians and activists, after India's government passed legislation in Parliament that stripped Jammu and Kashmir's statehood. 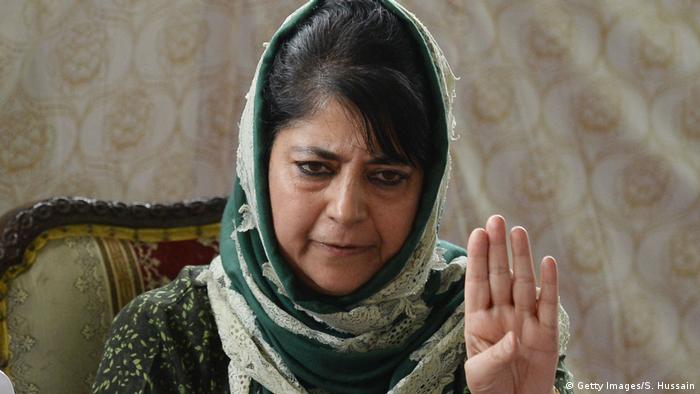 When the Indian government took away the state's autonomy in August 2019 it also arrested thousands of politicians and activists, among them Mehbooba Mufti, a former chief minister of Jammu and Kashmir.

But now New Delhi has agreed to release the 61-year-old Mufti after the Supreme Court of India quizzed the government about the length of her detention.

She added two posts to her Twitter feed, which had been managed by her daughter Iltija during her mother's detention. The first post thanked her supporters who stood by her "in these tough times" and the other was an audio message in which she described Indian Prime Minister Narendra Modi's decision to strip Jammu and Kashmir's statehood as a "black decision on a black day."

"None among us can ever forget the political heist and insult on that day," Mufti's message continued. "Now, we all will have to reiterate to take back what Delhi snatched from us unconstitutionally, illegally and undemocratically."

Mufti was sworn in as Kashmir's first female chief minister in April 2016, taking over from her father, Mufti Mohammad Sayeed, who had died while in office.

She served as a coalition partner of PM Modi's Bharatiya Janata Party (BJP) for nearly two years. She relinquished her position in June 2018 after the BJP pulled out of the coalition.

Prime Minister Modi's government said that ending Kashmir's special status was necessary for closer integration of the Muslim majority territory into the rest of India.

The Indian government implemented a communication blackout with cell phones, internet links and landlines blocked while detaining scores of people, including Mufti, to prevent large scale protests breaking out.

Kangana Ranaut had equated Mumbai to "Pakistan occupied Kashmir" after receiving "open threats." Her comments mean she will now need VIP-level security when she returns to the city.