Schools in the Indian capital reopened their doors on Wednesday after air pollution caused a public health emergency to be declared last week. But concerns around poor air and water quality levels are mounting. 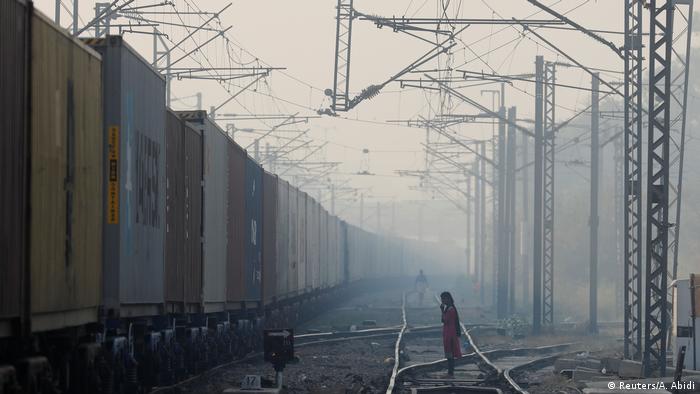 Schools reopened on Wednesday in New Delhi after the toxic air level was reduced by more than half since last weekend, when authorities declared a public health emergency.

Strong winds were responsible for blowing away pollutants from the Indian capital. The city's air quality index (AQI), which measures the concentration of poisonous particles, was recorded at 216 in the "poor" category on Wednesday.

At the weekend, New Delhi experienced its worst air quality day since 2016 with an AQI of 494, in the "severe" category — 500 is the maximum score and anything above 400 is considered hazardous to health.

This was the worst AQI for three years and one of the worst on record.

Many people took to the streets to protest a lack of action from the government in dealing with the ongoing issue.

Read more: For Germany, India is a partner with potential 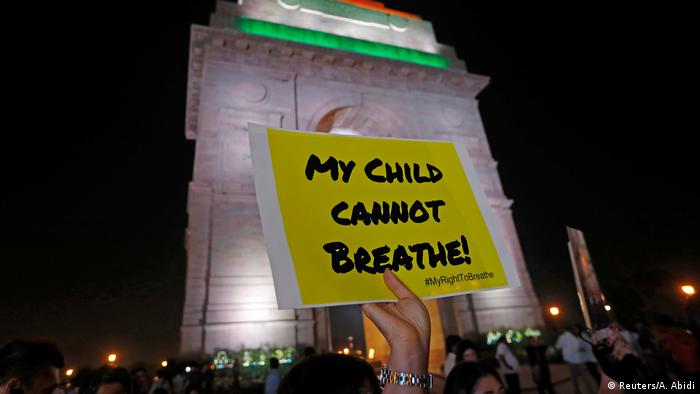 Why is the smog especially bad now?

Air pollution in New Delhi peaked on November 1 after smog from festival fireworks and smoke from stubble burning in agricultural fields combined over the city. The festival of Diwali, the Hindu new year, took place at the end of October.

A large amount of toxic foam is floating in the Yamuna river. The river water is chemically treated before supplying the city's residents with drinking water, but many people waded into the potentially dangerous foam during Diwali celebrations.

Indian authorities have imposed new restrictions on private cars in the capital to try and bring down pollution levels. The blanket of smog led Delhi's chief minister to compare the city to a gas chamber. (04.11.2019)