India has successfully sent a rocket into space with a capsule that could carry passengers in the future. The mission could signal the beginning of India's manned space programs. 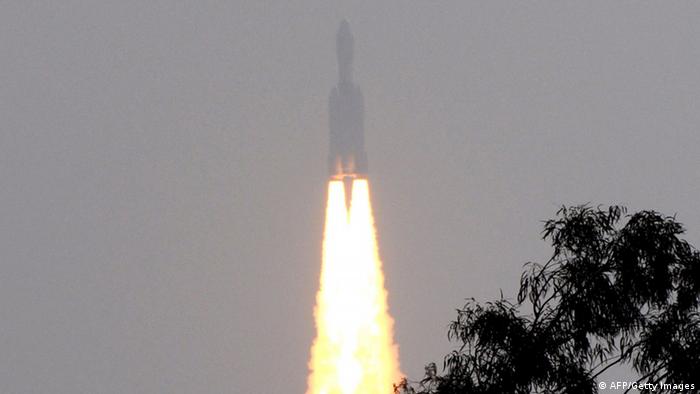 Indian scientists successfully launched a spaceship designed to carry communication and other satellites on Thursday.

"This is a very significant day in the history of [the] Indian space program," said K.S. Radhakrishnan, chief of the Indian Space Research Organization (ISRO).

The rocket, which blasted off from the island Sriharikota on India's eastern coast, weighed 630 tons and was capable of carrying four tons of payload.

Officially known as the Geostationary Satellite Launch Vehicle GSLV Mk-III X/CARE, the rocket also carried an unmanned crew capsule which could carry up to three astronauts into space. The capsule, called Crew Module Atmospheric Re-entry Experiment (CARE), weighed 3,775 kilograms and successfully separated from the craft and splashed into the Bay of Bengal in India's east.

"India, you have a new launch vehicle with you... We have made it again," said S.Somnath, head of the mission at ISRO. "The powerful launch vehicle has come to shape, which will change our destiny," he added.

ISRO scientists said they hoped to put people in space within the next seven years and were planning to put an unmanned rover in the moon by 2017, German press agency dpa reported.

In September this year, India's Mangalyaan, or the Mars rover reached the red planet. The mission reportedly cost the country less than 80 million dollars (64.9 million euros).