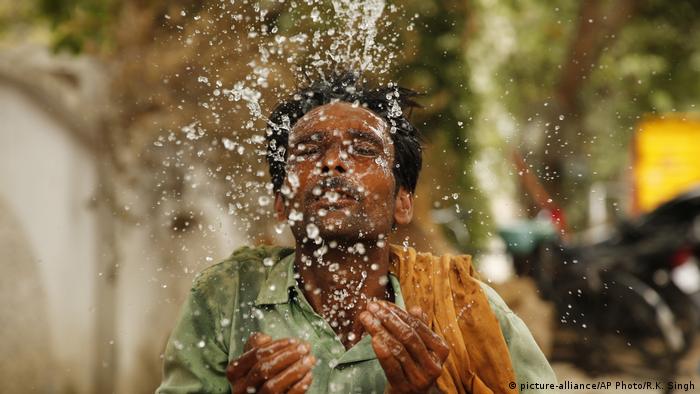 A number of Indian cities can do more to prevent deaths and illnesses, experts said on Friday.

Until now, there have been at least 36 deaths as a result of this year's heat wave, during which temperatures have exceeded 50 degrees Celsius (122 degrees Fahrenheit).

Indeed, a scarcity of water has led to fighting in the streets, with a number of stabbings, injuries and even deaths.

"Cities bear the brunt of a heat wave because they are so densely populated and because the effects are more pronounced," he said.

However, a lack of resources is leading to additional problems. "Not all cities have the capacity to implement the measures needed, and the lack of comprehensive medical records makes it harder to target vulnerable groups such as the homeless and migrant workers," Sarkar said. 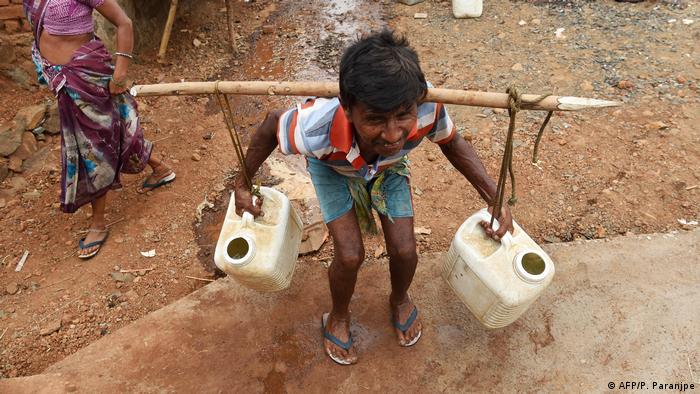 An Indian man struggles with jerry cans filled with water near Shahapur, on the outskirts of Mumbai

The West-Indian city of Ahmedabad executed its HAP after a heat wave in 2010 resulted in more than 1,300 deaths.

Early warning systems via electronic displays and text messages were included in the 2013 plan. In addition, "cool roofs" were introduced that use reflective covers to keep temperatures low.

Arup Kumar Srivastava, an expert at India's National Disaster Management Authority, said improvements were needed to cope with a heat wave like the one currently hitting India. "This year, night-time temperatures have also remained high, which poses additional risks. So the plans need to be modified accordingly," he said.

A critical feature of HAP is monitoring India's poverty-stricken population.

Shivani Chaudhry, executive director of advocacy group Housing and Land Rights Network (HLRN), said: "Homeless persons are most vulnerable to the heat, as the majority live outdoors and do not have access to adequate shelter, drinking water and health care."

"The city has a winter plan for the homeless, which includes setting up temporary tents, but there is no similar effort in the summer — even though they suffer as much, if not more in the severe heat," she said.