India has the highest number of road accidents in the world | Asia | An in-depth look at news from across the continent | DW | 29.04.2010

India has the highest number of road accidents in the world

Road accidents have earned India a dubious distinction. With over 130,000 deaths annually, the country has overtaken China and now has the worst road traffic accident rate worldwide. 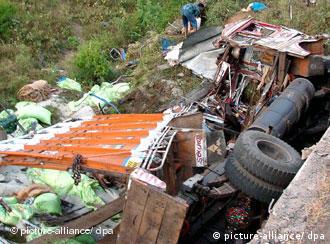 A truck accident in India's central state of Madhya Pradesh

This has been revealed by the World Health Organization (WHO) in its first ever Global Status Report on Road Safety. The report pointed to speeding, drunk driving and low use of helmets, seat belts and child restraints in vehicles as the main contributing factors.

Every hour, 40 people under the age of 25 die in road accidents around the globe. According to the WHO, this is the second most important cause of death for 5 to 29 year olds. 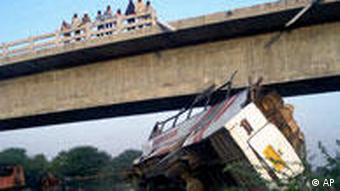 A bus fell from a bridge into a dry riverbed in northwestern India last month, killing at least 26 students and teachers on board

In India alone, the death toll rose to 14 per hour in 2009 as opposed to 13 the previous year. The total number of deaths every year due to road accidents has now passed the 135,000 mark, according to the latest report of National Crime Records Bureau or NCRB.

While trucks and two-wheelers were responsible for over 40 per cent of deaths, peak traffic during the afternoon and evening rush hours is the most dangerous time to be on the roads.

Drunken driving is a major factor

The NCRB report further states that drunken driving was a major factor for road accidents. Joint Commissioner of Police Maxwell Perreira maintains that there has to be a change in drivers' mindsets. 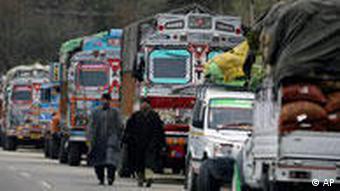 Trucks are responsible for many road accidents in India

Prince Singhal, founder of the Campaign Against Drunken Driving (CADD), a decade-old movement with support across the country, says the increase in fatal accidents only proves the lack of concern on the part of state governments and police towards the problem of drunken driving.

"It's growing day by day because liquor is a state subject and its happening everywhere in the country, not just Mumbai, Delhi, Bangalore, Hyderabad and metro towns. There is an ineffective law, there is no judicial procedure, there is no enforcement by the police, no specific segment where they can book people under drunk driving." 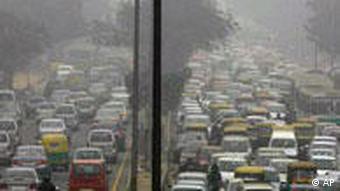 India is experiencing a car boom

The time for action is now: Road deaths increased by nearly 40 per cent between 2003 and 2008 in India, and the more progressive and developed states like Andhra Pradesh, Maharashtra and Tamil Nadu are the ones most affected.

Road safety experts also warn that the real numbers of fatalities could be much higher since many cases are not even reported. There is no estimate as to how many people injured in road accidents die a few hours or days after the accident. And their deaths are then no longer linked to road traffic accidents.

As India, Asia's third largest economy, grows, hundreds of millions of Indians hope to have what the vast majority of Americans and Europeans nearly consider a human right - the keys to their own car. (06.01.2010)

With the UN World Climate Summit going on in Copenhagen, concerns about global warming are acute. As one of the world's largest polluters, India has been working on ways to limit its CO2 emissions. One reason for the sharp rise is the largest car boom the country has seen in years. (10.12.2009)

New statistics show a drop in the number of people killed in road traffic accidents across the European Union. But there is still a long way to go towards making EU roads safer for those who travel them. (22.06.2009)