India has left Ayodhya behind

It is a bloody stain on the fabric of Indian history - 20 years ago, fanatical Hindus destroyed the Babri Mosque in Ayodhya, and started a violent conflict in which 2,000 people died. Experts say scars will remain. 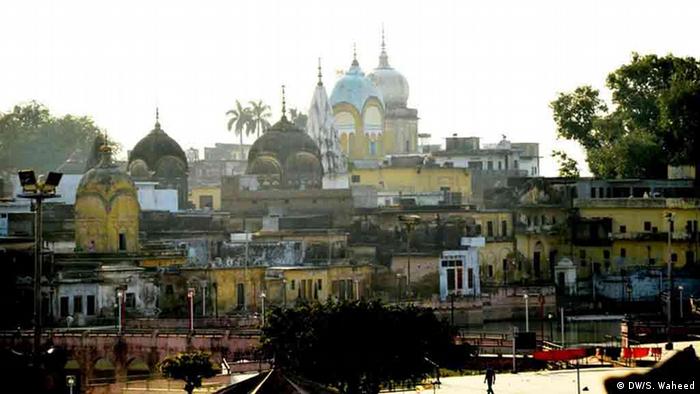 It was a dark day in Indian history on December 6, 1992, when extremist Hindus destroyed the Babri Mosque in Ayodhya. Throughout the country, around 2,000 people were killed in the bloody conflict that ensued between Hindus and Muslims. Most of those killed were Muslims. The town of Ayodhya, which has a population of 50,000 and is located in the northern state of Uttar Pradesh, has since become a symbol for extremism and religious intolerance.

Muslims make up around 13 percent of the Indian population and are thus the country's largest minority group. 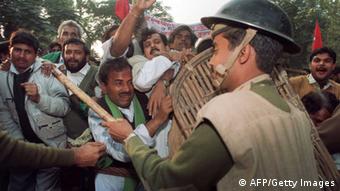 Over 2,000 people died in the bloody conflict

Pushpesh Pant, who spent many years as a lecturer in political science and history at New Delhi's Jawaharlal Nehru University, does not believe the incident did any damage to India's image as a cultural melting pot - as a country known for religious tolerance. "But what it did destroy is the idea that India is a country ruled by law - the idea that a government, like Uttar Pradesh's, would stick to the constitution because it took an oath."

Pant criticizes the fact that at first, not one of the country's political parties tried to put an end to the violence. Instead, they even tried using the religious sentiment to gain votes. But the people saw through that rather quickly. The Hindu-nationalistic Bharatiya Janata Party (BJP), whose leading figure Lal Krishna Advani took on a main role in the destruction of the Babri Mosque, was only able to gain short-term support using this tactic. This is what politics got out of Ayodhya, according to renowned TV journalist Dibang from New Delhi. He reported on the events happening in Ayodhya 20 years ago.

"It is interesting to see how political discussion has become much more modest. One can only get so far with this kind of rhetoric. Today it is not enough to be able to win elections.“ 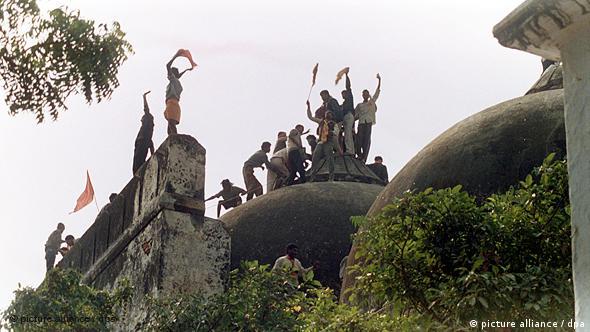 The eruption of violence in Ayodhya can be traced back to a long-standing dispute over religious territory. Ayodhya is a holy site for Hindus, who believe the god Rama was born there. Story has it that the Babri Mosque, which was built in the 16th century, was built upon the ruins of a Tama temple which had been built in the 11th century.

Archaeologists, religious scholars and historians all agree that for centuries now, both Hindus and Muslims have been trying to answer the question who has claim to the area. It is a question that remains unanswered. The vast area is now a fenced-off high security zone surrounded that is heavily guarded.

A court in Allahabad declared in October 2010 - 18 years after the riots - its verdict in the legal battle. It foresaw the division of the area into three parts - one for Hindus, one for Muslims and one for a charitable Hindu association. But the verdict has since been revoked by the Indian Supreme Court. A final verdict has yet to be handed down.

Dibang, who works as a political commentator for a number of Indian broadcasters, believes finding a solution to the problem might not be in the best interest of politics.

"The wheels of justice turn very slowly in India. Right now, there are over 30,000 cases waiting to be processed in various courts throughout the country.“ Dibang says it is exactly this loophole that is being taken advantage of in the case of Ayodhya.

"It is an uncomfortable situation for all and it is an extremely difficult case. That's why the politicians would rather leave it up to the courts. But in reality that is just an excuse to get out of making a decision on the subject." 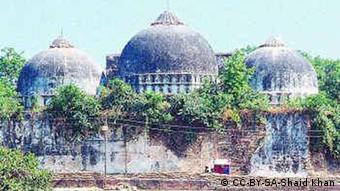 Hindus believe Rama was born at the holy site 900,000 years ago

Political scientist Pushpesh Pant is one of the people who believe the wounds of Ayodhya have long since healed. He does, nonetheless, believe that a scar will remain. "India has left Ayodhya behind." But he warns that India should nonetheless remain alert.

Today, other topics are more prevalent, Dibang points out. "It's all about the economy these days. Parliament debates whether or not foreign supermarket chains should be allowed in. They are completely different topics than what the people are worried about."

Coincidentally, the 1992 riots in Ayodhya took place at the same time India started going through its process of liberalization, which provided the foundation for the country's economic boom and increased standard of living for its population. Experts agree that the desire for a better life is what unites Indians - Hindus and Muslims alike.

For hundreds of years, Hindus and Sikhs have lived in Afghanistan. But even after the fall of the Islamist Taliban regime, they face growing discrimination, forcing many to leave. (03.12.2012)

Rights activists say that places of worship for minorities in Pakistan are either rapidly disappearing or are subject to negligence by the state. A pre-Partition Hindu temple was recently razed in Karachi. (03.12.2012)