A 21-year-old student who was raped three years ago has said she was attacked again by the same men, two of whom were out on bail from the previous case. Police have yet to make any arrests. 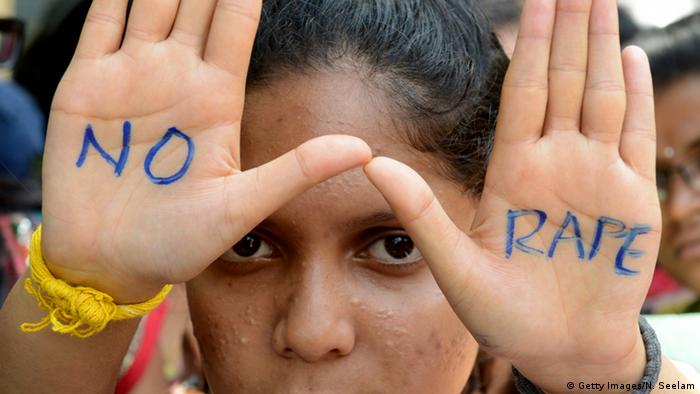 Haryana state deputy superintendent of police Pushpa Khatri said on Monday that two of the five men alleged to have commited the attack last Wednesday in Rohtak are currently on bail awaiting trial for the previous rape in Bhiwandi, three years ago.

Khatri said of the victim: "She has identified the five accused and two of them were involved in the gang-rape of the student in Bhiwandi district in 2013," Khatri said. "We have formed several teams to arrest the accused."

The unnamed student victim was pursuing a case against the men through the courts. Police have yet to make any arrests in the northern state of Haryana but are searching for five men who are accused of abducting the woman from outside her college before drugging and raping her in a car on Wednesday.

The woman is still in hospital. She said of the attack last week: "I was leaving the college when I saw them. They were the same five men. They forced me inside the car. They tried to strangulate me. They said they would kill my father and brother."

"I have no idea where they took me," she said. Left for dead in the bushes, she was found by a passerby and taken to hospital. The woman said she had been "very afraid."

Her family said they had moved from Bhiwandi district to Rohtak district, which is northwest of the capital New Delhi, after they were threatened by the accused who have been out on bail. The family have alleged the accused were putting pressure on them to settle the case and were punishing the woman for pursuing it through the courts.

"The accused were constantly threatening us to compromise outside the court. They even offered us a hefty amount for settlement. But we didn't agree," the victim's brother told the Hindustan Times. The family is from the lowest social caste - the Dalit - and there were small protests calling for justice by Dalit caste members in Rohtak on Sunday. 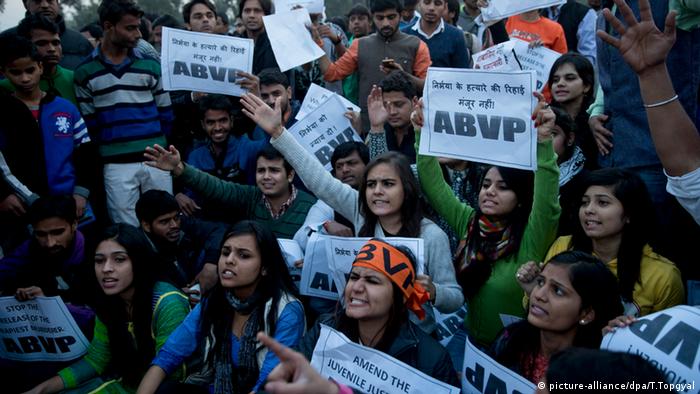 India's rape laws were reformed in 2012 following the fatal gang-rape of a student on a bus in Delhi. While the reforms called for trials to be sped up and punishments for offenders to be increased, attacks continue to be reported on an almost daily basis.

Official figures show that 36,735 rapes were reported across the country in 2014 but activists say these most recent figures are likely to understate the true number of attacks, due to the social stigma attached to crimes of a sexual nature.

Five men convicted of raping a 52-year-old Danish tourist in New Delhi in 2014 have been sentenced to life in prison. It was the most stringent punishment under criminal provisions pertaining to gang rape in India. (10.06.2016)

A 30-year-old student has been sexually mutilated and killed in India's southern state, Kerala. The incident has revived memories of a similar gang rape in 2012 which sparked mass protests in the country. (03.05.2016)