Thousands of street children have been forced to go back to begging and working odd jobs as schools have been closed and poor families are forced to make ends meet. 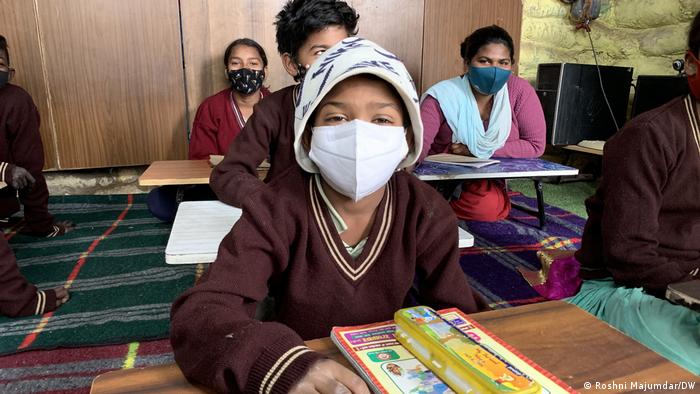 Appearing on behalf of the National Commission for Protection of Child Rights (NCPCR), Solicitor General KM Nataraj told judges that India's states had failed to keep track of data on the condition of street children.

India has set up a website to monitor the affect of the pandemic on street children and help offer them social services and protection. However, many states have failed to upload data. In January, data showed only 10,000 children being eligible for services.

The NCPCR estimates that the nationwide number of children in need is actually around 1.5 million children, with 70,000 street children estimated in New Delhi alone.Other NGOs have the figure much higher.

With schools closed once again during the latest wave of coronavirus infections, poor children have gone back to begging or scavenging to support their families.

Sonal Kapoor runs the Protsahan India Foundation, an organization that works to lift children from poverty through education.

She told DW she has lost count of the number of children who dropped out of schools to work odd jobs to help their families.

Schools are one of the safest places for poor children because they don't have to worry about access to food and protection. Girls are also provided with sanitary napkins.

"School closures are not just about learning loss. It's a child protection services problem and a child emergency issue," Kapoor said.

Volunteers from her organization described a range of dire situations, from a family using their child's scholarship money to pay rent, to families making forcing children to work rather than attend school. 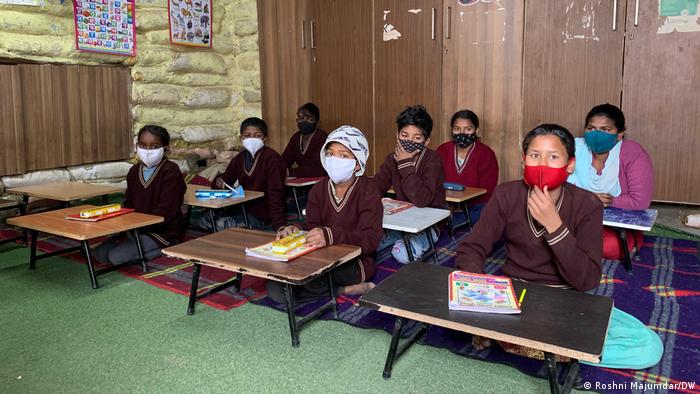 Children at a Lakshyam Center class in New Delhi

Mamta Messy, a teacher and staff at Lakshyam Center, an NGO that works with street children, said some families who moved to major cities like New Delhi to work have returned to their villages after losing their jobs.

One family said their children love going to school, but education is too expensive.

"We can't even save 500 rupees ($7.00, €6.00) a month anymore," said Rati Devi, a mother of three boys and two girls living in a Delhi slum. Her daughter said she wants to work with the police when she grows up and "catch thieves."

For street children, coronavirus lockdown rules bring additional hardships. And the pandemic has also left many children orphaned, after their parents succumbed to a COVID-19 infection.

The NCPCR told the Supreme Court that nearly 147,500 children had either lost one or both parents to COVID-19 and other reasons since April 1, 2020. 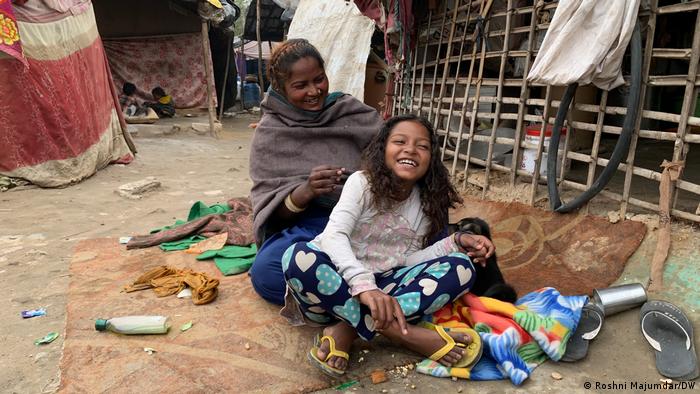 Rati Devi and her daughter,Mithi, in a Delhi slum. Mithi has not been to school in nearly two years, but takes classes online

Sonal Kapoor said the situation was complicated because even if a child's parents were alive, there were cases of parents being so ill that the child had to work full-time. Some were even losing their interest in going to school.

"The impact from the first and second wave of COVID-19 was not even over, and the third wave hit us," said Preeti Kumari, a volunteer worker at Protsahan Foundation.

In November 2020, the NCPCR published revised guidelines for the care and protection of street children. The guidelines represented a "paradigm shift" in thinking, according to Priyank Kanoongo, NCPCR chairperson.

Kanoongo told DW that revised guidelines focus on children as a unit of their family for the first time.

"Whereas we were thinking in silos earlier, focused on child-centric schemes, we are now focused on looking at children as a unit of their family setting," Kanoongo said..

"We have all the mechanisms in place, the problem is implementation," Kanoongo said.

The coronavirus pandemic and lockdowns have disrupted the education of millions of students in India, forcing many of them to drop out of school.