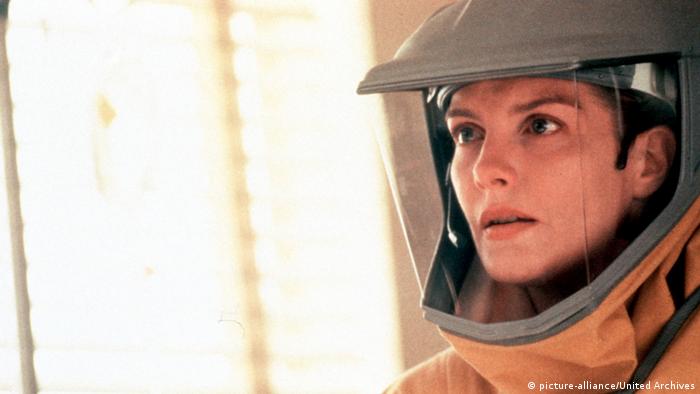 The typical ingredients of a Hollywood apocalyptic scenario are well known: It starts with a threat first revealed by alarmed scientists, while decision-makers aim to downplay the problem. The main protagonists aim to save themselves or their community — and ultimately  the entire planet.

But do these films provide any meaningful lessons on how to deal with the outbreak of a virus?

In Wolfgang Petersen's thriller Outbreak from 1995 (top picture; actress Rene Russo), which was released during the real-life outbreak of the Ebola virus in Zaire, a monkey imported from Africa transmits a new virus to humans. Virologist Sam Daniels (Dustin Hoffman) and his team set up a lab in the town where the epidemic broke out. The military seals off the city. Sam Daniels tells his manager: "We can't stop it."

In the post-apocalyptic thriller I Am Legend (2007), a quarantine is enforced on Manhattan island and a US army virologist (Will Smith) is the last surviving human in New York. In Danny Boyle's 28 Days Later, it's the entire British island that's quarantined.

Today's new coronavirus, which was first detected in China at the end of December 2019, has been spreading rapidly around the world despite initial attempts to isolate the city of Wuhan. Around half of the 11 million inhabitants of the city fled before the Chinese province was sealed off. 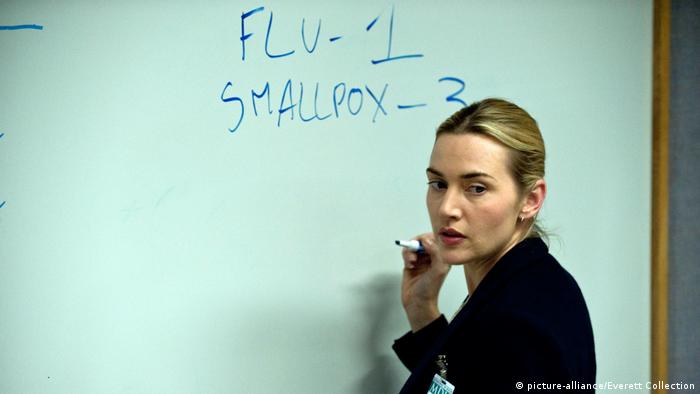 "The average person touches his or her face three to five times every waking minute. In the meantime, we're touching doorknobs, water fountains, each other," says Kate Winslet in the role of epidemiologist Erin Mears in Steven Soderbergh's medical action thriller Contagion (2011). The film is about a virus imported from China, which contains genetic material from pig and bat viruses. It's initially transmitted by a chef who shook hands with other people without having properly washed his own hands after handling slaughtered pigs.

In the film as in reality, the most important protective measure against the new coronavirus is to frequently and thoroughly wash hands, as the World Health Organization advises.

The apocalyptic TV series The Walking Dead shows that large stocks of food piled up in cupboards will not provide any protection against the actual threat.

In real life, so-called preppers have long been preparing for emergencies. Now average consumers, who hadn't thought of emergency preparations until now, are also stocking up on pasta, canned goods and toilet paper, as empty shelves in German supermarkets demonstrate. 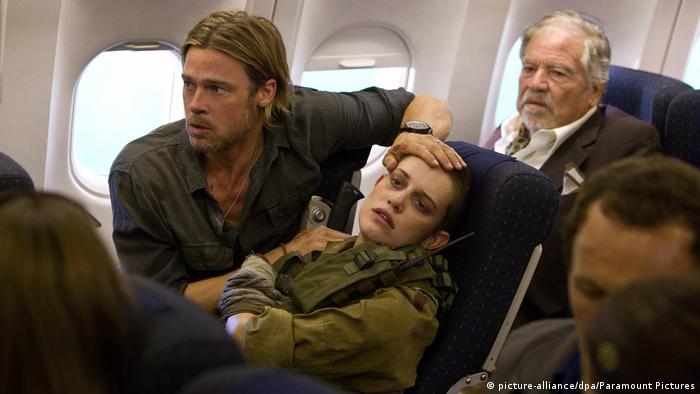 Globalization contributes to the pandemic: A scene from 'World War Z' with Brad Pitt

In recent films such as World War Z and Contagion, viruses spread globally at a rate that would have been unthinkable years ago, because of increased globalization. In World War Z, Brad Pitt travels to Israel in search of an antidote; huge walls are erected around Jerusalem, put under quarantine.

In real life, Israel has recently imposed entry restrictions on passengers from Germany, France, Spain, Austria and Switzerland due to the corona outbreak.

Some reactions to the coronavirus can also be observed in films. It might be recommended to watch a few of those movies again; as we all know, Hollywood thrillers usually end well.