In pictures: Europeans vent frustration at coronavirus restrictions | Europe| News and current affairs from around the continent | DW | 26.01.2021 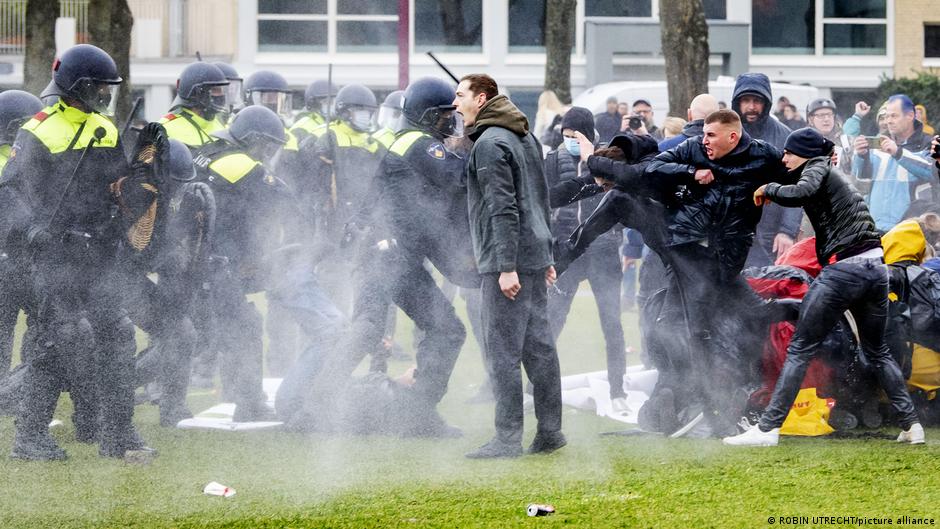 The Netherlands has been especially hit by recent riots over measures imposed to stem the spread of the pandemic. There has been great resentment over a nighttime curfew that has been in force since last weekend, the first nationwide curfew since World War II. 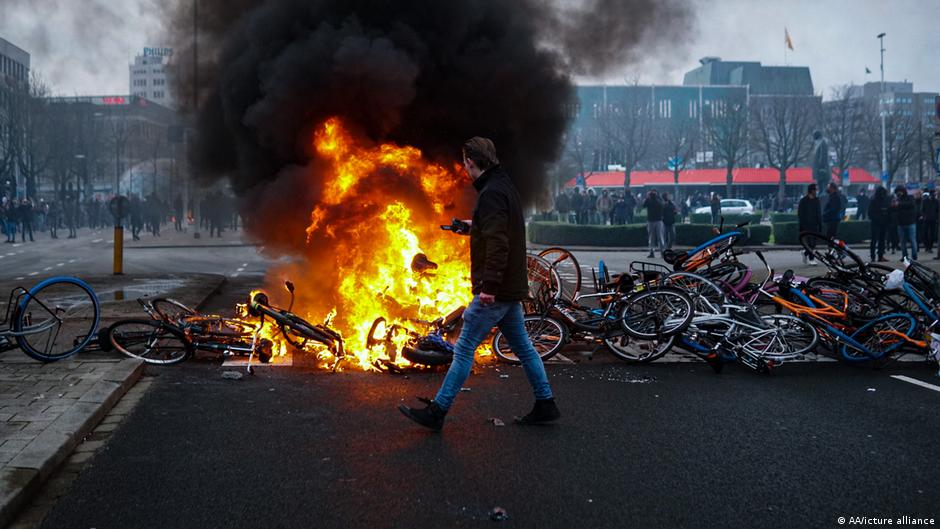 Hundreds of violent youth rioted in the streets on Monday evening, setting fires and attacking the police in Amsterdam, Rotterdam, The Hague and elsewhere. Journalists and camera crews were also assaulted. Authorities believe various groups took part in the riots, including coronavirus skeptics and soccer hooligans. 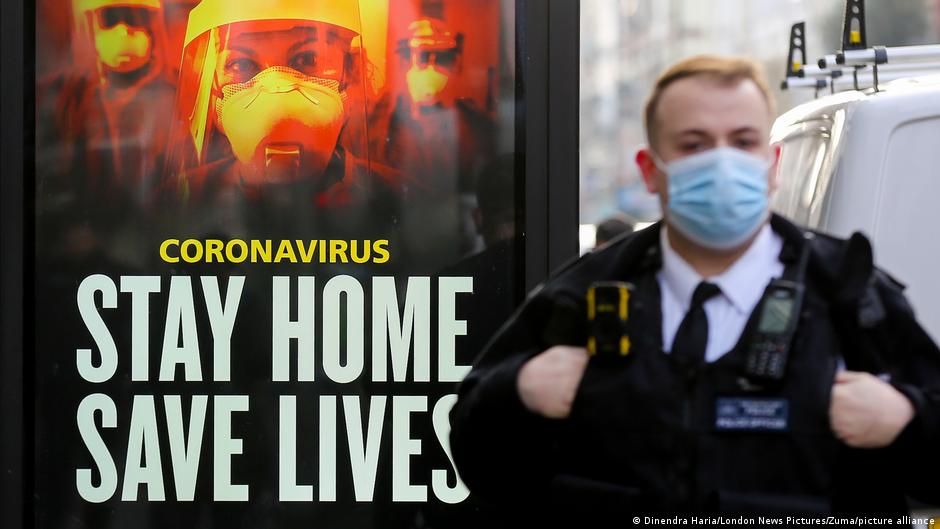 Not all are heeding such warnings in the UK. London police broke up a party with some 300 guests over the weekend, with many participants fined £200 (€225) on the spot for violating COVID restrictions. Dozens of others reportedly escaped over fences. The previous weekend police broke up a bash with 200 partiers, and last Thursday they dispersed a wedding reception with hundreds of guests at a school in London. 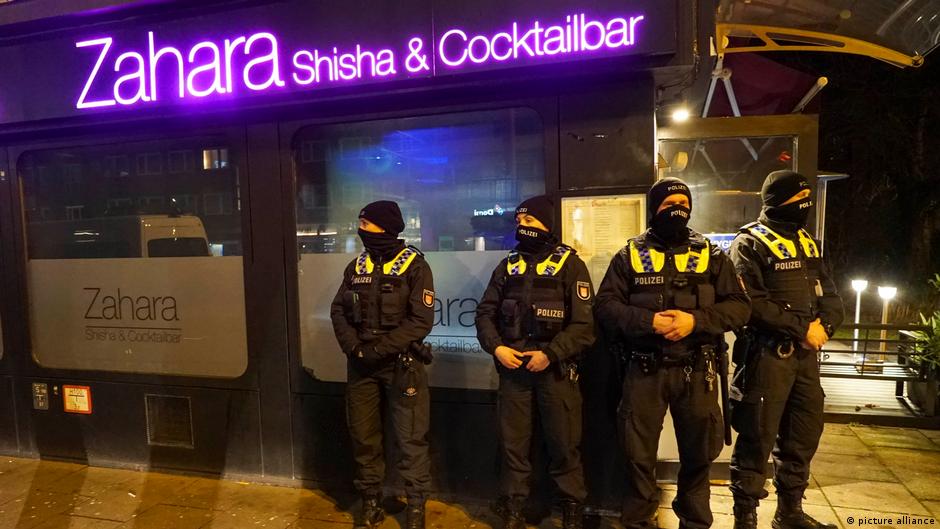 In several German states, police have broken up "coronavirus parties" and handed out citations for misdemeanors. In the Bavarian town of Weissenhorn, an officer noticed a party with 13 people from different households, forbidden under the current rules. When police wanted to ID the partygoers, two of them tried to flee by jumping out of a second-floor window. They ended up in hospital with open fractures. The Hamburg hookah lounge seen here was also the site of an illegal party. 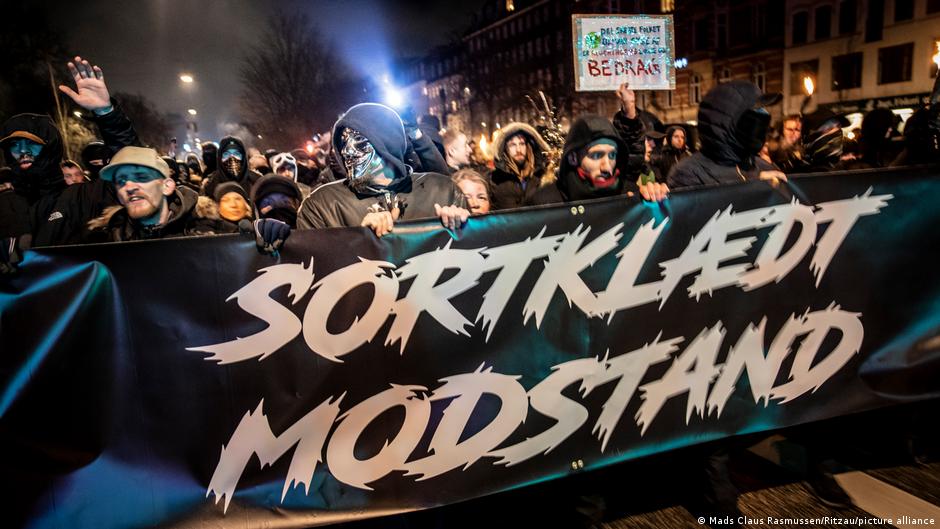 In Denmark, several hundred people demonstrated against the current lockdown measures in Copenhagen on Saturday evening, chanting "Freedom for Denmark, we've had enough!" After police broke up the gathering, violence broke out in some places and protesters threw bottles at the officers. 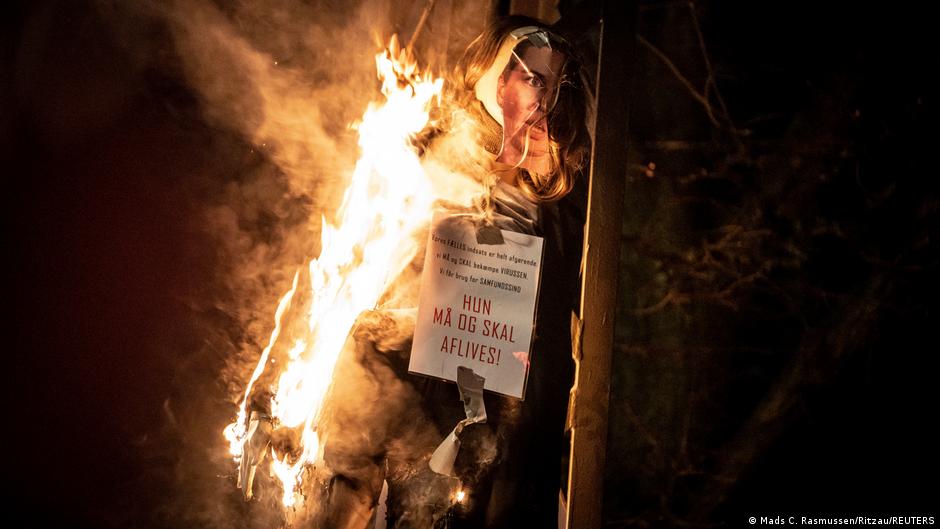 Three men were arrested for allegedly burning a doll during the protests — with a photo of Danish Prime Minister Mette Frederiksen pinned to its face and a note that read "She must be killed." 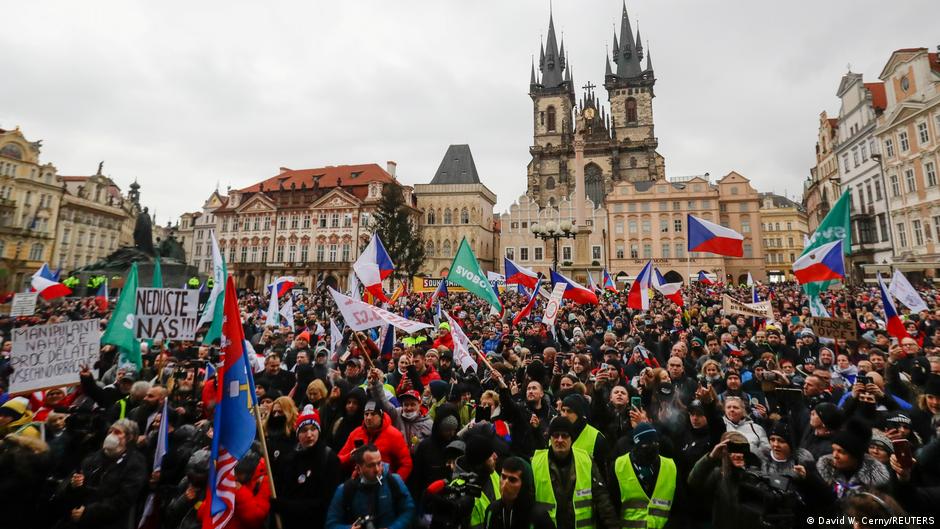 The Czech Republic has seen several large demonstrations against coronavirus restrictions, like this one in Prague in mid-January. Most participants weren't wearing face masks, in violation of official regulations. 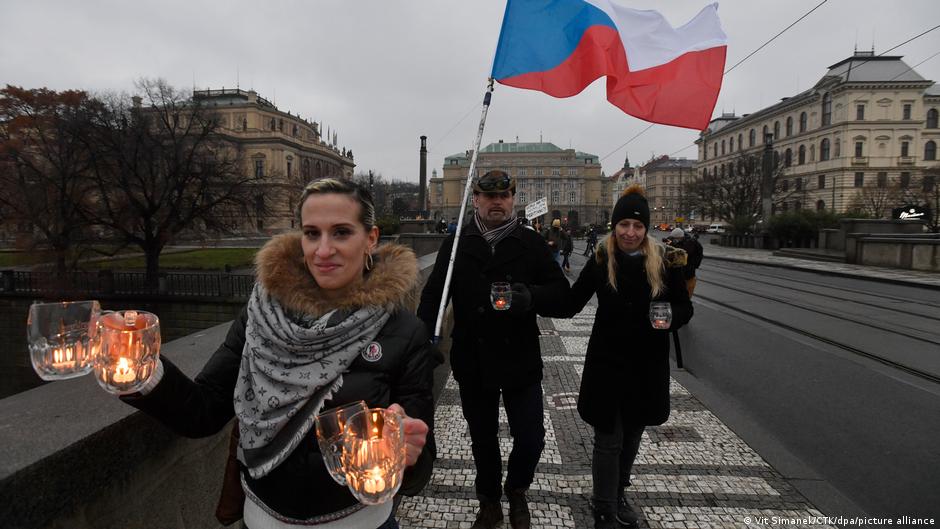 Several dozen pubs and restaurants in the Czech Republic defied the tough lockdown rules put in place until at least mid-February. They opened their doors to customers on Saturday, even though they're currently restricted to takeout meals. Restaurant owners were following a call by the "Chcipl pes" ("The dog died") citizens' initiative — the name refers to the government's "Pes" five-level coronavirus alert system. Currently, the highest level is in force. In Poland, the hospitality and tourism industries are also resisting a continued lockdown. Under the Twitter hashtag "iotwieramy" (#We will open), the operators of more than a hundred hotels, restaurants and bars and leisure facilities announced last week that they intended to reopen.

France has deployed riot police to enforce mask-wearing as the country sees its biggest spike in cases since May. The Japanese economy contracted at a rate of 27.8% in the April-June quarter. Catch up on the latest.