In majority-Muslim Bosnia and Herzegovina, a small Jewish community still thrives | Europe| News and current affairs from around the continent | DW | 07.11.2016

By any measure you choose, anti-Semitism is on the rise in Europe. But in Europe’s only Muslim country, Jews say they couldn’t feel more at home, reports Maya Shwayder. 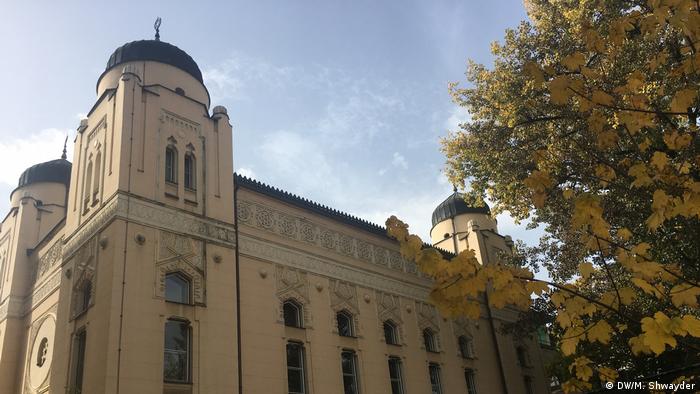 The synagogue is tucked into the neighborhood in an unassuming way: wedged between a school on one side and an apartment complex on another, looking over a narrow street facing more gray concrete apartment buildings. It's not hard to see from the exterior that it is a synagogue - Stars of David adorn the windows and towers - but the simple yellow exterior and unassuming vestibule belie the ornate majesty of the interior worship hall. Stained glass windows are set in the doors opening into this colorfully decorated space. Green floral walls and an archway with gold Hebrew lettering direct attention to the inner sanctuary holding the ark where the Torahs are kept. The ark itself is of simple polished wood, and the Torahs are covered in elaborate beaded and hand-sewn mantles. 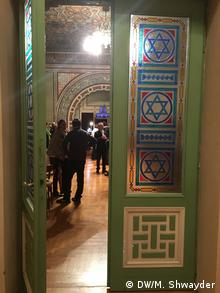 The synagogue is sumptuously ornate

But for all the beauty, there are some drawbacks. The small Jewish community in Sarajevo totals between 600 and 700 people, some 60 to 70 percent of the estimated 1,000 Jews in Bosnia and Herzegovina, a community that has existed there for 450 years.

Around 30 of them showed up for the Yom Kippur services on the holiest day of the year. There weren't enough prayer books to go around; copies of the Hebrew-Turkish texts were shared between congregants. Being so small, the congregation has no rabbi - the one who lead the services for the High Holy Days in October was imported from Israel - and had to struggle to make sure it had the prescribed number of men to even hold a service (in religious Judaism, 10 men must be present for a religious service, with women not counting toward this number).

The challenge of size

The smallness of the community is actually one of the biggest challenges facing Jews in Bosnia and Herzegovina today. Between 2002 and 2012, there were 43 funerals and two newborn babies in the community, according to Eli Tauber, a senior member. Then, in 2014, 10 new babies were born. In 2015, 12 children joined the community, a veritable baby boom. Now the community is even considering whether it should open a kindergarten.

The people, few as they are, are welcoming and unassuming. In a city where one can see people wearing everything from skinny jeans and full-face makeup to full-face veils, a few women wearing long skirts don't stand out. The men tend to wear hats in public to keep their heads covered rather than yarmulkes, a common practice in societies where Jews want to blend in.

"We feel integrated but not assimilated," said Jakob Finci, the president of the Jewish community in BiH, and former ambassador to Switzerland. Integration is a mark of pride for any Jewish community, but assimilation is a bogeyman, connected with fears of losing Jews to intermarriage and secularism. "Some friends suggested to me that this doesn't mean they like us, and maybe it also means that they are too busy hating each other; they don't have time to hate the Jews." 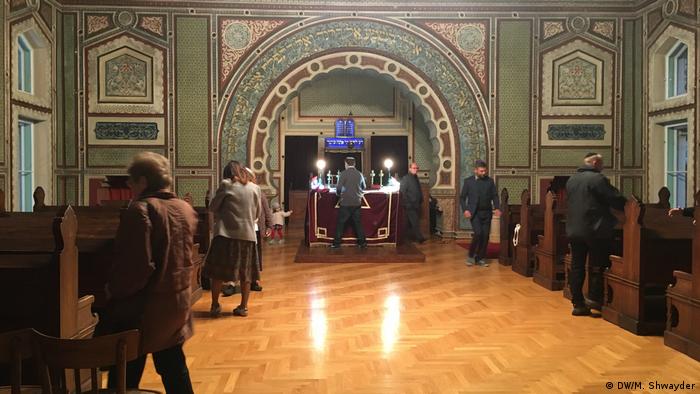 At Yom Kippur, Jews pray for forgiveness for the sins they have committed in the past year

The experience of Bosnia's Jews stands in stark contrast to the rest of Europe. In one week in July 2014, eight synagogues in a Paris suburb were firebombed. Jews were specifically targeted and killed in the kosher supermarket siege three days after the Charlie Hebdo attacks in Paris in 2015. That same year, attacks on Jews in Germany reached a five-year high representing the most in any EU state. In 2016, the Anti-Defamation League, a Jewish NGO based in the United States dedicated to combating anti-Semitism, has so far recorded more than 20 incidents of harassment, hate speech or outright attacks targeting Jews in Europe.

Many right-wing critics will say that rising numbers of Muslims entering Europe means they bring their anti-Semitic views with them. So it would follow, then, that in Europe's one and only Muslim country, Jews would be harassed daily, with all their facilities on lockdown 24/7, right?

"The door [to our synagogue] is always open, and we don't have any heavy guard," said Finci. Unlike most Jewish buildings in other parts of the world, there is no security guard, no metal detector, no pat-down and no intense questioning about who you are and why you are there. Walking into the Sarajevo Synagogue, it turns out, is as easy as knocking.

"If I count from 1995, we have never had any attack on the Jewish community," Finci told DW. "We feel safe with this openness. One day something will maybe happen and then it will prove that I am not right, but for time being, this is our way of living."

"In Belgrade and Zagreb, there are policemen and ID cards [involved] and people tracking who you are and where you are," said Tauber of the security measures Jewish communities in neighboring states must take. "We don't feel any kind of open anti-Semitism." 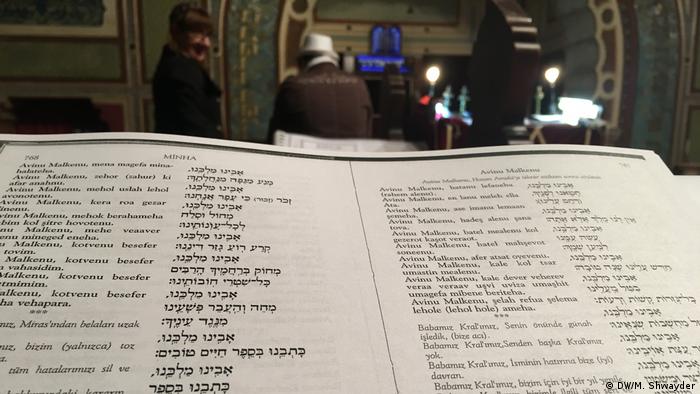 The Siddur, or prayer book, is in Turkish and Hebrew in Sarajevo

"People in Bosnia can distinguish between Israelis and Jews in a way that other people often don't," Finci said. "This is a country with more than 50 percent Muslims. A lot of the population are more on the side of the Palestinians. But this does not affect their attitude toward Jews or local Jews."

During a pro-Palestinian protest during the war in Gaza in the summer of 2014, Finci said, authorities acted immediately when someone marched with a sign that equated the Nazi swastika with the Star of David. The mistake has not been repeated, Tauber said.

It can be strange explaining to other European Jewish leaders that they live in a Muslim country, but that they nonetheless experience almost no anti-Semitism, Finci said.

"A lot of people hardly believe this, because knowing the situation back home for each of their countries - which are proud of their democracy and free society - it's strange to hear this from someone who is Bosnian," Finci said. "Maybe some of them think that this is just a bluff. But it is our reality."

Traces of the Past - German-Jewish Cultural Heritage Worldwide