The International Monetary Fund has revised upward its forecasts for growth as economies around the world are recovering simultaneously and stronger than expected, helped at least for the short term by Trump's tax cuts. 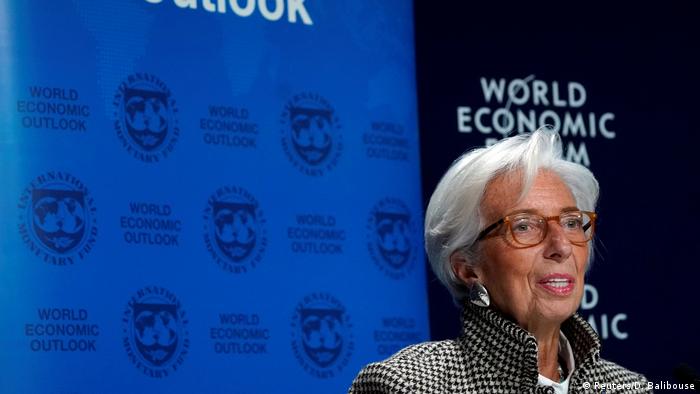 In the latest update to the IMF's World Economic Outlook (WEO), nearly all the forecasts for 2018 and 2019 were revised upward compared to the October edition. The global economy is now expected to grow 3.9 percent this year and next, two-tenths higher than the IMF estimated, and up from growth of 3.7 percent in 2017.

"Some 120 economies, accounting for three-quarters of world GDP [gross domestic product], have seen a pickup in growth in year-on-year terms in 2017, the broadest synchronized global growth upsurge since 2010," the global lender of last resort said in its report.

This "increased global growth momentum," coupled with the expected impact of Donald Trump's US tax reform were cited as reasons for the revision.

Here are the International Monetary Fund's new forecasts for GDP growth, including revisions from October's forecasts in parentheses.

US economy to lead the world

The US economy is forecast to grow especially strongly, with the IMF expecting a 2.7 percent higher GDP for this year and 2.5 percent in 2019.

The Washington-based lender sees US President Donald Trump's corporate tax cuts as a driver of investment, which could add growth of 1.2 percent to the US economy through 2020. After that year, however, US growth could fall again "due to the temporary nature of some of its provisions," the report warned.

The IMF also said that the risks to the global forecast remain "tilted to the downside." As major stock markets worldwide have been on the upswing, with repeated records set on Wall Street, the report warned that "rich asset valuations... raise the possibility of a financial market correction, which could dampen growth and confidence."

Ironically, the stronger growth could provide the seeds of a possible reversal, it said, if it triggered faster-than-expected inflation in advanced economies, and a quicker increase in interest rates.