Although European economies have experienced a steady upswing in recent years, not enough has been done to prepare for a rainy day, the IMF has said in a fresh outlook. It cited a number of risks to be aware of. 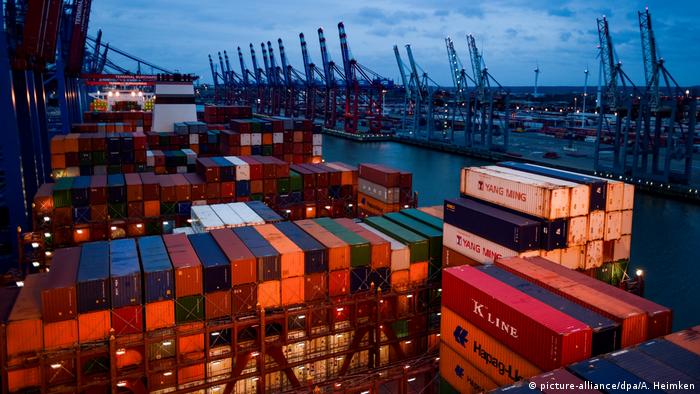 The International Monetary Fund on Monday encouraged European economies to use their relative strength to plan for long-term risks.

The IMF said all EU economies were growing, turning the Continent into an engine of global trade. "But countries should make some room in their budgets for manoeuver so they can keep their economies afloat in worse times," the latest IMF outlook said.

It warned that after recovering from the 2008 financial crisis, member countries still only had "a thin cushion accumulated for a rainy day."

Brexit only one of many risks

The organization cited weak productivity growth and remaining bad loans as alarming problems still to be dealt with.

"Aging populations, spreading protectionism, geopolitical tensions and export loss because of a downturn in China all add to the risks threatening long-term growth."

It noted that economies with high public debt including the UK, Belgium, France, Italy, Portugal and Spain needed to reduce their debt load "without jeopardizing the economic uptick."

The IMF insisted Germany, the Netherlands and Sweden had enough wiggle room in their budgets and should aim to lift growth through higher public investment in infrastructure, housing and the integration of immigrants.

It raised its forecast for EU GDP growth to 2.3 percent this year, up from its previous prediction of just 1.9 percent.

A monthly survey of the German business climate hit its highest-ever level in October. It beat analysts' forecasts of a further fall and pointed to continued strong performance for Europe's largest economy. (25.10.2017)