Leaving West Germany for the East as a teenager, musician Wolf Biermann hoped to live out his communist ideals. But the civil rights activist’s nonconformist views came in conflict with the East German leadership. 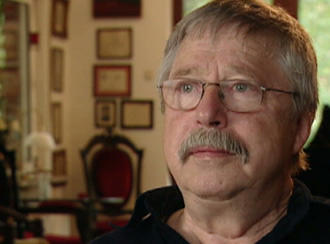 When he was a teenager, German singer-songwriter Wolf Biermann left West Germany for East Germany, hoping to live out his communist ideals. But he was more than a committed communist; he was a civil rights activist whose nonconformist views came to alarm the East German leadership. In 1976, Biermann was stripped of his East German citizenship while on an officially authorized tour in West Germany.

Christoph Heinemann, of Deutschlandfunk Radio, spoke to Biermann on the occasion of the 50th anniversary of the building of the Berlin Wall.

Christoph Heinemann: What goes through your mind when you see pictures of the events 50 years ago?

In the East, they wanted to build a more just society, and they called it 'socialism.' I come from a communist working class family, most of my relatives were killed in the Nazi era, but my mother survived and she was intent on turning me into a little communist. I was meant to save mankind and that's why I emigrated when I was 16, only to realize that socialism wasn't working in East Germany.

So, of course, I criticized the authorities and I felt that the construction of the Wall was the East's fault, not that of the West, or of Westerners trying to lure East Germans to the West, which is what East Germany propagated. As a consequence, I felt that the Wall was a defeat for East Germany, a defeat from which the East was meant to learn a painful lesson. You can well imagine that I wasn't toeing the party line with that opinion. 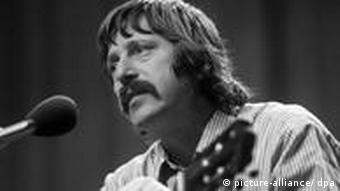 And that had consequences for you, in particular in 1976. But back to analyzing events: Gesine Lötzsch, head of the Left Party, said the Wall was the result of World War II and of the German invasion of Russia. Put bluntly: is Hitler responsible for the construction of the Berlin Wall?

So it's back to the Thirty Years' War and Adam and Eve - people with no history have that kind of a view of history, they're trying to conceal something, mask something and gloss it over. They're looking everywhere for someone to blame but they never find the most important one - namely themselves.

Gesine Lötzsch is the political heiress to the powers that are to blame for the construction of the Wall. It's the legacy of that old Stalinist riffraff - even without Stalin, without [Walter] Ulbricht and without [Erich] Honecker, I regard them as stupid reactionary people who do not play a positive role for the development of mankind and of their own people.

Should showing and wearing symbols of communist or East German socialist organizations be criminalized?

I don't know. Of course those people were criminals and of course they are guilty, not just in the eyes of history but in the eyes of the people whose lives they destroyed, whom they killed, tortured, humiliated and maimed. But where would we be if the East German emblem was banned, just like the Nazi swastika?

My father was jailed in the Nazi era; he was tortured because he was a communist. He bravely withstood the Nazis and was murdered in Auschwitz. For him, the word 'communist' was a holy word. And that's how my mother raised me, and why I went to East Germany when I was 16.

But for people today, the word 'communism' means the cynical opposite of a better, more just society. And that is why the word is forever bound to historic truths like suppression, gag orders, torture, lies, hypocrisy, exploitation to the max and the mass murder of millions of innocent people. Hitler only had 12 years, and he killed 6 million Jews and half a million gypsies. Which we should never forget. But Stalin - historians argue over whether he 'only' killed 20 million or whether he had 80 million innocent people murdered.

Back to the Wall - if East Germany had survived, do you believe the Wall might have become a regular state border?

No, I don't think so. A wall that tears people apart at a time when humanity as such must grow closer together - not just in Europe, but all over the world, we're becoming painfully aware of that in the present global crisis - that never would have worked. I am glad that I was so wrong.

I used to believe that the Wall would last longer than Wolf Biermann, I was sure I wouldn't live to see its fall. But I am glad that I was able to contribute with my songs and poems about East Germany - I'm glad I was so wrong and that the Wall fell before my death.

Marienfelde was the gate to the West for many refugees fleeing East Germany before the construction of the Berlin Wall. The camp, and others like it, didn't provide an easy life but did free refugees from the GDR. (09.08.2011)