Officials warned tourists and locals to stay away from the Fagradalsfjall mountain near Reykjavik following a volcanic eruption. The eruption was preceded by a series of earthquakes. 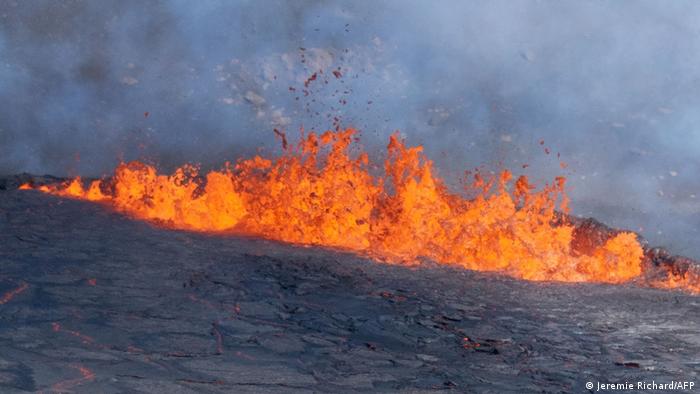 The Fagradalsfjall area drew tourists in 2021 with prolonged lava activity

Local media showed images of lava and smoke pouring from a fissure on the side of the mountain.

"Currently, there have been no disruptions to flights to and from Iceland and international flight corridors remain open," the country's foreign ministry said in a statement.

Visitors told to stay out

The latest eruption is around 40 kilometers (25 miles) from Iceland's capital city of Reykjavik. The fissure is very close to the site of the last year's eruption which lasted for six months and drew in hundreds of thousands of visitors, effectively reviving Iceland's tourism industry after a pandemic-induced lull.

But on Wednesday, Icelandic Meteorological Office (IMO) urged tourists and residents to stay away due to possible poisonous gases. Planes were banned from flying over the area, although helicopters were sent in to survey the situation, the IMO told the Reuters news agency. 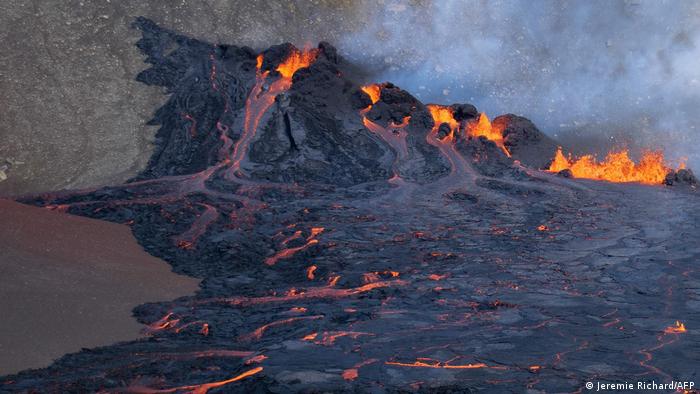 Iceland President Gudni Johannesson also urged people to "be careful and know more before they go there into the unknown."

"If this eruption will be anything like the last one, there will be enough time, so there is no need to rush," he told the English-language media Iceland Monitor.

Eruption heralded by thousands of quakes

Researchers detected about 10,000 earthquakes in recent days, including two that reached magnitude of at least 5.0.

"We've been expecting an eruption somewhere in this area since the series of earthquakes started last weekend," Iceland's Prime Minister Katrin Jakobsdottir said. "What we know so far is that the eruption does not pose any risk to populated areas or critical infrastructure."

Iceland is a seismic hotspot with 32 active volcanic systems. Its Eyjafjallajokull volcano grounded around 100,000 flights in 2010, when it spewed plumes of ash and smoke into the sky for several weeks.