Switzerland came agonisingly close to a maiden Ice Hockey World Championships win but fell at the final hurdle again. A shootout victory for Sweden sealed their fourth title since 2013 and their tenth overall. 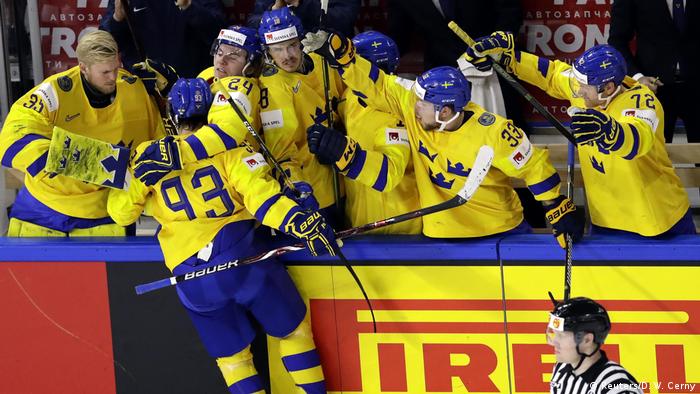 They didn't lead until the closing seconds of the shootout but defending champions Sweden managed to get over the line and leave Switzerland nursing their wounds, after losing this rematch of the 2013 final.

Both sides exchanged chances until just before the end of the first period, when Nino Niederreiter reacted quickest to a rebound and turned the puck home from close range to give the Swiss a surprise lead.

But it wasn’t one that would last. Moments later Gustav Nyquist, of the Detroit Red Wings, slapped in from long range to equalize for the men in yellow and the sides went in level at the interval.

The Swiss took full advantage of an early power play in the second period when Timo Meier fired home an exceptional solo effort to put the side in red back in the driving seat.

The underdogs had chances to extend their lead as they attempted to capitalize on their momentum but Sweden gradually regained a foothold. The favorites' pressure eventually told when Mika Zibanejad found plenty of space to slap home from distance and tie things up again.

As the players re-emerged for the final period, the tension rose in Copenhagen with the Swiss seeming to feel it slightly more - they were grateful for the heroics of goaltender Leonardo Genoni early in the period. Genoni continued to be kept busy but managed to keep the Swedes at bay to send the final in to overtime.

More chances went begging at both ends with Genoni and his opposite number Anders Nilsson both in fine form to keep things level and send the match in to a shootout, but not before Sweden struck a post in the dying seconds.

Sven Andrighetto danced around Nilsson to put the Swiss immediately in front but Oliver Ekman-Larsson equalized for Sweden with their third effort. Then Filip Forsberg converted to put his side ahead for the first time in the match. It was to prove enough for Sweden's third title in the last six years.

Earlier on Sunday, the USA secured bronze with a convincing 4-1 win over neighbours Canada. Chris Kreider scored twice while Nick Bonino and Anders Lee also chipped in, though the win was less comfortable than the scoreline suggested.

It was tied up at 1-1 with just six minutes remaining when Bonino pushed the puck in to an empty net after a rebound fell kindly to him and from then on, the Americans ran away with it.

"When you look at the tournament overall and you can say you beat Canada twice and came home with a bronze medal, you probably think you’d do a little bit better than that," said the USA's Patrick Kane.