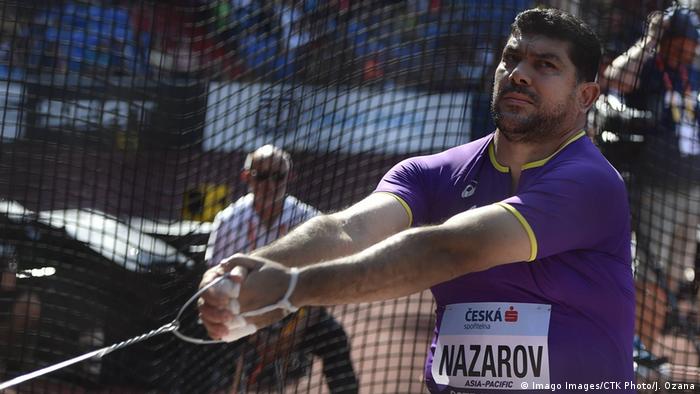 Several top Kenyan long-distance runners and a Tajikistani hammer-thrower are set to miss out on this year's World Athletics Championships in Doha after failing to comply with anti-doping regulations.

Kenyan 5,000-meter runners Michael Kibet and Daniel Simiyu will not be allowed to compete after failing to undergo the required number of precompetition doping tests, while Olympic hammer-throw champion Dilshod Nararov of Tajikistan (pictured above) has been provisionally suspended after an eight-year-old sample tested positive for a banned substance.

He was set to spearhead Kenya's gold medal hopes at the worlds after coming first in qualifying, but has now been barred by the Athletics Integrity Unit (AIU) after failing to complete the required number of pre-tournament doping tests.

AIU rules state that athletes must undergo three out-of-competition and one in-competition doping test to be eligible to compete — requirements that Kibet has not met. 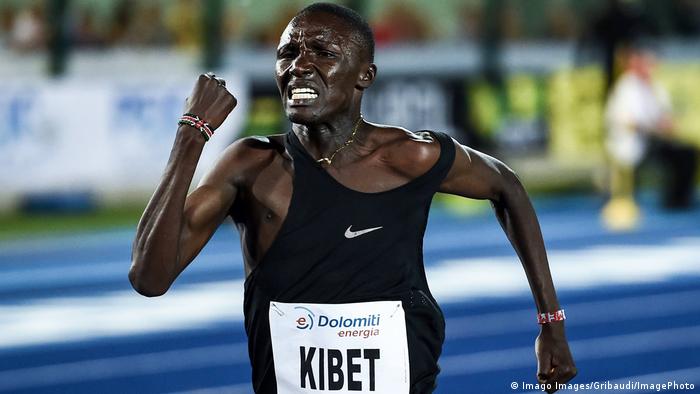 Kenya's top qualifier, Michael Kibet, will not compete in the World Championships in Doha

Simiyu also did not travel with the first part of the Kenyan delegation, which departed for Doha on Monday. The 21-year-old, who finished second in qualification, has fallen foul for the same breach of regulations.

"Only Nicholas Kimeli and Jacob Krop [Kenya's third- and fourth-place athletes at the trials] will represent us in Doha," confirmed Paul Mutwii, Athletics Kenya (AK) vice-president. "Kibet and Simiyu have not been allowed because they did not comply with the AIU anti-doping rules. We are now very strict with the compliance rules; we cannot make a mistake."

Despite missing their two top runners, officials insist Kenya will still be strong contenders in the men's 5,000-meter in Doha, with Kimeli among the world's fastest in the event this year, having run 12 minutes 57 seconds back in June.

"Nicholas Kimeli is one of the strongest Kenyans, despite his third placing at the trials," said AK Council member Barnaba Korir.

The suspensions of Kibet and Simiyu represent the latest in the string of setbacks for Kenya in the buildup to the world championships.

Both Wambui and Kageha have also withdrawn from the team after failing to undergo mandatory testosterone-level tests. Wambui won the 800-meter at the Kenyan trials while Kageha was set to compete in the mixed relay team.

In a further blow not related to doping, 26-year-old Elijah Manangoi announced that he would not be able to defend his 1,500-meter crown due to injury. 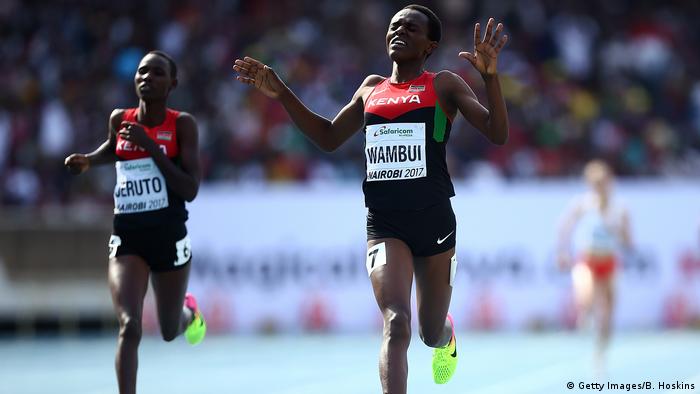 Jackline Wambui of Kenya (right) celebrates after winning gold in the 800 meters at the U18 World Championships in 2017.

Kenya isn't the only country to be affected by AIU suspensions: Tajikistani hammer thrower Nazarov has also been provisionally suspended after a sample from eight years ago tested positive for a banned steroid.

Nazarov won Olympic gold at Rio 2016 — the first gold medal for the central Asian nation since it gained independence from the former Soviet Union in 1991.

But the AIU has now said that a sample from the 2011 World Athletics Championships in Daegu, South Korea, contained "a metabolite of oral turinabol."

Nazarov, now 37, finished 10th in that competition, but won silver in Beijing in 2015. Olympic gold followed a year later.