'I like the idea of a harmonic protest,' says Sting guitarist Dominic Miller

Known as Sting's trusty side-kick, guitarist Dominic Miller is also a successful solo artist. His latest album, "Silent Light," is about truth and protest - and was released on a German label. DW met him in Cologne. 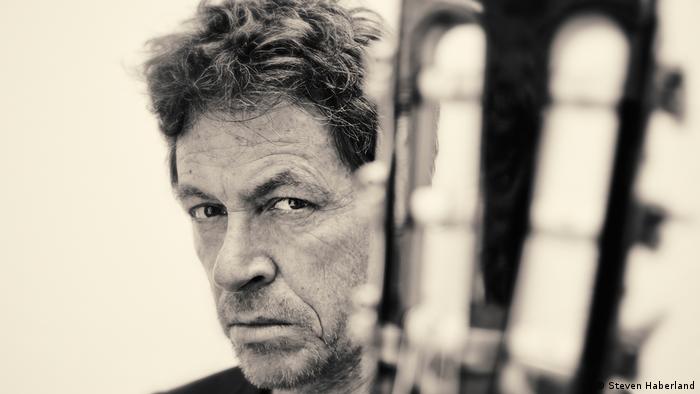 DW: This is your first album for German label ECM...

Dominic Miller: Yes, it happened totally out of the blue. I was getting ready to make an album and I think that Manfred [Eicher, founder of ECM Records - the ed.] somehow got wind of it and we met and he expressed an interest in taking it up and had a few suggestions for a line-up. And to cut a long story short, I moved to a different family - it's actually more than that, it's a kind of philosophy. It seems to be a good fit, with mymusical approach, my aesthetic and his.

So we went and did this record - in two days! That's the way they do things. My manager even asked me whether I wanted to work like this because some people call Manfred a control freak, but I don't think he's a control freak, he's just got a standard, a quality that he wants to meet.

Of course, it's pretty daunting knowing that you've got to do something in two days. So what he's trying to do is capture a moment. I'm more used to layering stuff and taking my time. So here I had to put myself psychologically in the mindset of adapting to a completely different set of rules - which actually is not a good word to use in modern music, but it's sort of their philosophy.

You refer to them as a family.

Yes, it does feel like that. I always wondered what ECM people are actually like. Would they all be very "German?" But they actually turn out to be fun and funny and creative. They all understand what they're doing, they put out a lot of records and they're in some sort of denial about what's going on with the record industry. They're just carrying on and I like that vibe. It's also one of the first times that I've worked without producing it myself, which is comparable to taking a selfie. You present yourself the way that you think that you are, but a producer might have a different take on the way he sees you.

It's like taking a narrative or a story and you want it directed. You can either direct it yourself or take it to two different directors, say one is Spielberg so it will look pretty epic and bombastic or you can take it to Polanski so it might look a bit more sinister, a bit more ambiguous - but it's the same narrative. So it's not like I went there and the producer changed my story, I had melodies and pieces that the producer didn't edit, but he certainly got me into a zone that I'm not familiar with. A good producer will get you where they want you to be and his sweet spot is to empower the artist, but also to make them understand the enormity of what they're doing - which is scary.

To me the new album reflects a return to your roots, very sparse and reduced to the basics. Was that a deliberate decision or a result of literally only having two days to get it all done? 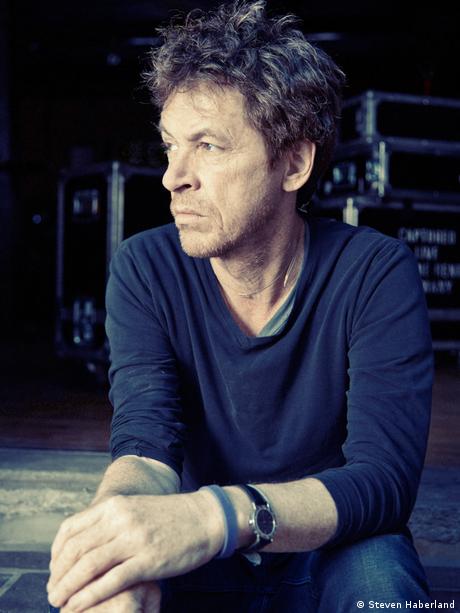 "Nothing more beautiful than a clear idea on a guitar"

It was a combination of factors. We tried to come up with different configurations to make this record, but for one reason or another we couldn't get all the musicians in the right place at the right time. This type of caliber of musicians - they're just busy all of the time! So I woke up one day and I thought, let's do this solo. And I remember thinking that's how it should be: very, very clear and pure. And I've done this before - I did it with First Touch - and there's nothing more beautiful than a clear idea on a guitar.

Read: What needs to change in guitars to make them eco-friendly

You also re-recorded some older tracks. Do you feel they're now truer to what you originally intended?

Yeah, also because I didn't really have much time, I only had three weeks from the point of knowing that I was going to do it to going into the studio. So once I had four or five new songs I looked at my repertoire and pieces that I wished I had recorded this way. I felt that the pieces that I added absolutely fit into the overall narrative.

Your guitar playing is very evocative and emotional on this album; there's a fairly somber, stark tone throughout. Is that a reflection of the times we live in?

Oh, very much so. It's a sort of protest because I don't write lyrics and I'm aware of what's going on in the world and I do have an opinion but I'm a musician not a politician, I'm not Bono or Bob Geldof or Sting, who do have a responsibility to speak up. I like the idea of being able to make a harmonic protest, so the dissonances are there and the spaces are there. That's kind of a subliminal type of protest.

The track "What You Didn't Say" is indicative of that. You leave a lot of space…

Yeah, absolutely. It's a sonic coloring book. I want to have an interactive, sonic dialogue with the listener and to involve you instead of articulating all my ways of saying something. I love the idea of leaving that space.

Where did the title "Silent Light" come from?

It's directly taken from a movie by Carlos Reygadas. He's kind of a stylist and he uses a lot of space. And it's amazing that I actually saw this move while I was thinking about this album. He has a lot of scenes where there's no dialogue and the fact that somebody should submit that to a final cut in this day and age of where everybody has to say something, with fake news and all that bullshit... and this was in the early days of Trump making a name for himself when I saw this movie.

The truth is very often nothing - a blank space, the truth can be found there. I like the idea of light and silence. I love art. I take inspiration from art and I live in the South of France where the light is pretty special. It's no wonder that Cezanne and Monet and all these painters went down there. And the way I wrote this album was in silence. For me it was all about coming up with a concept before I could come up with any tunes and that took a while.

You recorded this album and then went straight into recording Sting's 57th & 9th album - quite a leap. 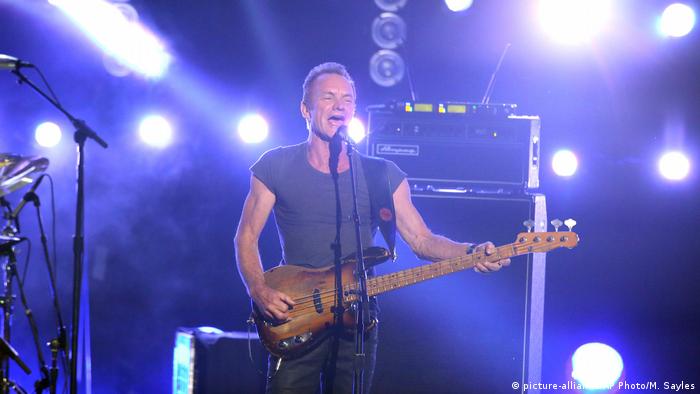 Dominic Miller's day job is playing with this guy

Yeah, it was surreal. But I love contrasts and I love the contrast that I have between my career and Sting's. They're two careers that absolutely need each other, one can't function without the other. My solo career can't really function successfully without the mother ship. I take a lot of inspiration from that. And by the same token I'm not much use to Sting unless I go out there and do some crazy shit and explore a bit so that I can come back to his table with new ideas to share around the campfire. So I was totally inspired to work on the Sting record coming fresh from something else and I was very useful to him.

And you essentially worked from a clean slate?

Yes, there were no real riffs. Sting had a couple of dodgy ideas, so did I, but it didn't really work, so we just got into the studio and jammed. And the first couple of days, nothing really came up. It's usually that way - people are quite tentative, which is actually how I like it. Instead of coming in very confident and saying, yeah, we've done this before, let's just do it the way we always do it. That's what I love about Sting. He hates sticking to what he's comfortable with. He likes us to feel uncomfortable. So the first two days we thought, well, it's not working, but we weren't really worried - we knew it would come. And it did - with a vengeance! Suddenly it was just one after the other and it went fairly quickly. And Sting took some inspiration from the fact that I did my record in two days. So there is some sort of competitive streak between us.

Do you already have ideas for your next record?

Not really. I do have ideas about how I want it to sound. That's what comes first - the concept. If I don't have that, I don't really have anything. There are many albums that have 10 or 11 great tunes but I can't hear a common denominator. And I love concept, I like Pink Floyd, I like Sgt. Pepper, I like Pet Sounds, the concept albums that really hold together well. So the only thing I have right now is the sound I want to get and I think it will be a wider sound to utilize drums and acoustic bass. If I've got that in my head, then I can start customizing what I write.

Dominic Miller has released several solo albums. His latest album "Silent Light" is his first with prestigious German label ECM Records. He's currently on tour with his band. His remaining dates in Germany are: