The global music industry achieved a milestone in 2015 when digital became the primary revenue stream, overtaking sales of physical formats and boosting growth for the first time since the dawn of the Internet age. 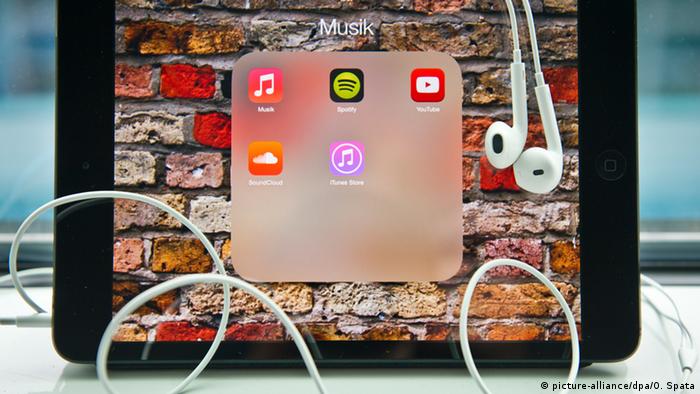 Recorded music revenue expanded by 3.2 percent in 2015 worldwide to $15 billion (13.1 billion euros), fueled by an extraordinary growth in subscriptions to streaming services, the International Federation of the Phonographic Industry (IFPI) announced Tuesday.

In its Global Music Report 2016, IFPI said that digital revenues now accounted for 45 percent of total revenues, compared to 39 percent for physical sales.

Last year, the industry recorded its first uptick since 1998, when sales had grown 4.8 percent year-on-year. But the industry is still down by one-third since the late 1990s, when Internet service became mainstream in developed countries and listeners flocked to music sites, both legal and illicit.

However, there was a "fundamental weakness underlying this recovery," IFPI added in its report. "Music is being consumed at record levels, but this explosion in consumption is not returning a fair remuneration to artists and record labels."

Noting that celebrations were "muted," IFPI chief executive Frances Moore said the market was still distorted by a "value gap," meaning that artists and labels were still deprived of their fair return for their work.

"The message is clear and it comes from a united music community: the value gap is the biggest constraint to revenue growth… Change is needed - and it is to policy makers that the music sector looks to effect change," he added.

The Success of Streaming Services

The "value gap" arises because some major digital services are able to circumvent the normal rules that apply to music licensing. Without singling out YouTube by name, the industry federation took aim at "user-upload platforms" as a persistent drain on the industry.

Some 900 million people essentially listened to music for free through advertising-supported sites, yet the revenue generated for the music industry was barely a quarter of that through streaming subscriptions, the annual report said.

User-upload services claim they do not need to negotiate licenses for the music available on their platforms, or conclude licenses at artificially low rates, claiming protection from so-called "safe harbor" rules that were introduced in the early days of the Internet and established in both US and European legislation.

IFPI argues that the safe harbor rules were being "misapplied" because they were not designed to exempt companies that actively engage in the distribution of music online from playing by the same rules as other online music services.

Therefore, the industry federation lauded recent efforts by the European Commission to draft new copyright legislation, saying it "clearly identifies the 'value gap' as a problem," while acknowledging that music and other creative online content were "both important for economic growth and jobs in Europe."

The Commission plans to make its first proposals on how to deal with music copyright problems public in 2016.

How Spotify has changed the music world

Ten years following the founding of Spotify, the small firm in Sweden has established itself as market leader. What influence does the streaming service have on our music consumption? (12.04.2016)

10 years after the founding of music streaming service Spotify, streaming has gone mainstream. The video and music platforms try to set themselves apart from their competitors by offering the best playlists. (12.04.2016)

Spotify agrees to pay back $21 million in royalties

The music service has agreed to better pay artists, or at least track down those who haven't been paid at all. The deal hinges on Spotify's ability to match songs with their lesser-known contributors. (18.03.2016)