I lit my last cigarette eight weeks ago. In this short amount time, not only have great things happened to my body, but also my psyche. What really goes on inside the human body after that last cigarette is butted out? 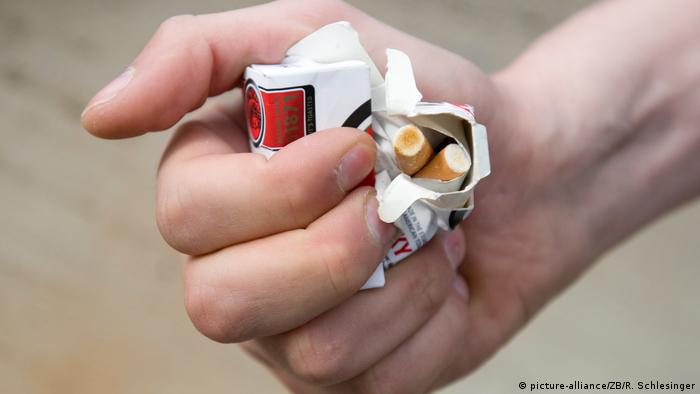 "Mom, smoking will kill you!" The more my son slapped his hand on his head in horror when he saw me smoking, the less I could continue justifying to myself that I could continue lighting up. So, I quit.

I took my last drag on cigarette two months ago. Addiction specialist Tobias Rüther is elated about my decision. He heads the specialist outpatient clinic for tobacco addiction at the Ludwig Maximilian University Hospital in Munich, in the south of Germany. "When you stop smoking, many positive things happen very quickly in your life," he explains.

Rüther says that changes within the body start almost immediately. The body's oxygen supply begins to improve after eight hours. After a day or two, many people report being able to smell and taste better. After two weeks, lung function improves significantly, most noticeably when undertaking physical exercise. I must say, though, that as a smoker, I feel just as fit now as when I was still puffing on fags. 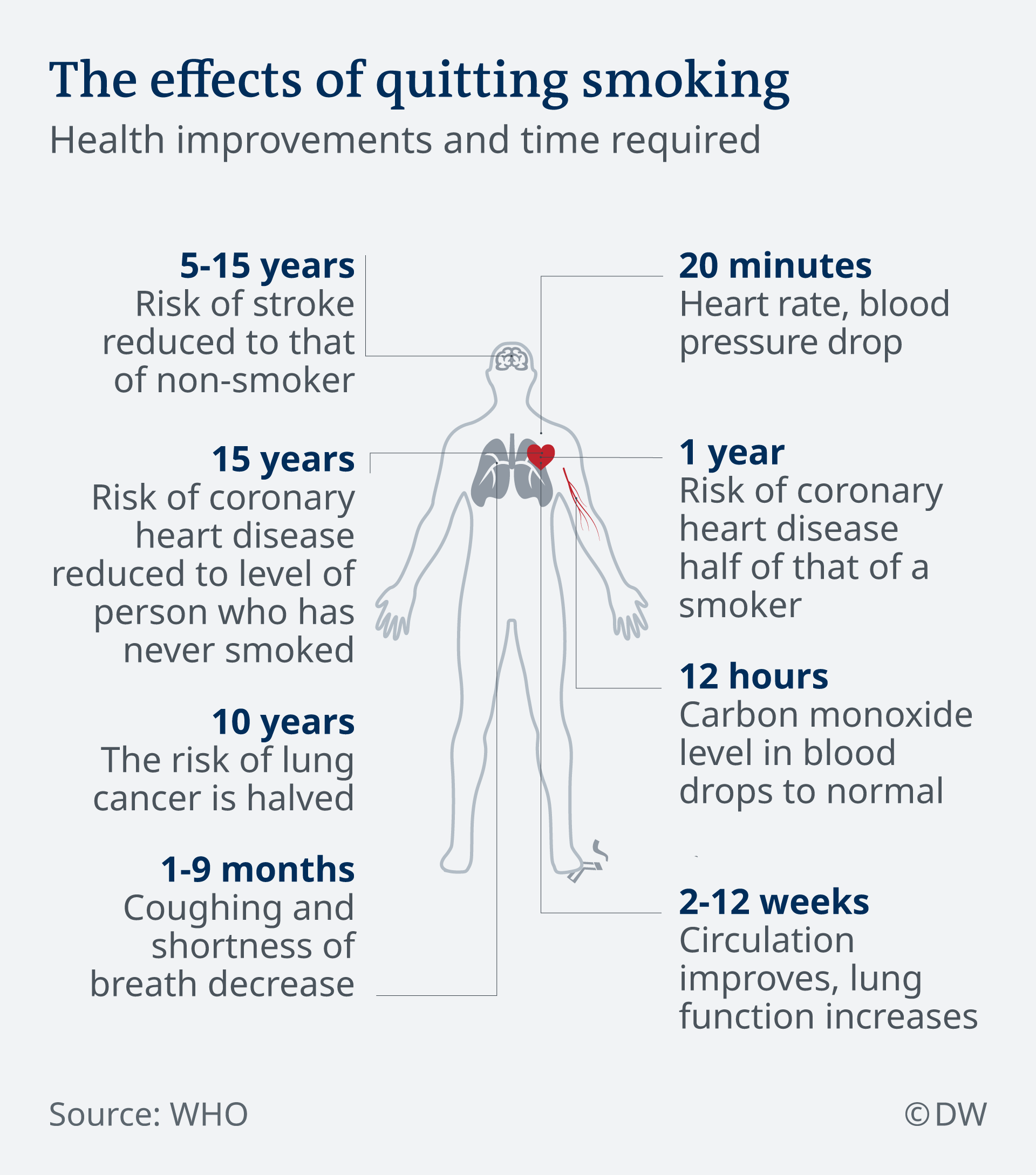 "Your cough might become stronger than when you were smoking," Rüther adds. "That's because the lungs are starting to clean themselves. This 'spring clean' takes around a month. After that your immune system is also much stronger."

If I abstain for another month, I can look forward to a better night's sleep, according to Rüther. "Smokers experience nicotine withdrawal at night. This doesn't wake you up, but you sleep much more restlessly. After three months, sleep returns to normal."

3 cigarettes a day are too much

Before I was ready to completely abstain, I thought about reducing the number of cigarettes I lit up. That would be much healthier than continuing the way I had been, I reasoned. But ... it's not that easy.

According to Rüther, after the third cigarette in a 24-hour period, the poisonous smoke seriously affects the body. "The cardiovascular risk, the risk of having a stroke or heart attack, hardly increases whether it be three or 20 cigarettes," says Rüther. This, however, is not the case when it comes to cancer. The danger increases with every single cigarette.

"It's really great that you have quit," Rüther says again and again. His joy is contagious. Up to now, my own enthusiasm was minimal.

Every second smoker dies as a result of tobacco addiction. About 50% of those before the age of 70. "By the age of 50 you would have started to feel the consequences of smoking," Rüther says bluntly. Suddenly, I am very happy to have kicked the habit.

Trust me when I say it hasn't been easy. I didn't need nicotine patches, hypnosis or acupuncture to help me stay away from the fags. My will alone was enough to get me to where I am today. It may have something to do with the fact that I started smoking later in life — at the age of 21. That's another reason to be happy, the doctor says.

"Most people start smoking between the ages of 12 and 16 when their brain is still maturing. Nicotine is an extremely active neurotransmitter that has a decisive influence on the development of neuronal connections in the brain." The result — a lifelong dependency which is hard to overcome with sheer willpower, Rüther explains.

At this point, the addiction expert succeeded in making me feel both proud and relieved. But then, he says, "out of 100 smokers who quit without help like you, 95 relapse in the first year." Oh great.

The first evening with friends, music and wine — but without cigarettes — was a funny one. I felt like something was missing. I did not feel normal. For years, I had conditioned myself to believe that smoking always belonged in certain situations — with coffee or wine or when I snuck out for a quick break.

"It works like Pavlov's dog. You give the dog something to eat whilst at the same time ringing a bell. At some point, the sound of the bell is enough to get the dog to start salivating," explains Rüther.

Smokers, however, are forever ringing that bell. They use smoking to relax or wake up and get motivated. As a reward after work, after dinner, while waiting for the bus or after sex. The list goes on. What's key in the addiction cycle "is that cigarettes are so firmly ingrained in the daily lives of smokers," the addiction expert says.

I want to stop. But how?

If you want to quit, I'll tell you now, it's not easy. Rüther reassures his patients that failure is normal and a part of the quitting process. "When patients tell me they have already tried to stop five times, I first acknowledge those attempts. After all, [quitting] seems to be important to them."

Giving up cigarettes can be learned, just like cycling, he argues. Falling down is part of it, he adds, the only important thing to remember is that you must get back in the saddle.

Additionally, he recommends tricking your brain into taking your mind off smoking. "Sit in a different chair than you normally would. Drink tea instead of coffee. Move your office pot plant to a new place." That's how you trick Pavlov's dog in a smoker's head.

Intuitively I did everything right! Everything but rearranging the furniture. I left my everyday life behind for a few days and went to my best friend's house.

I only rarely think about smoking these days. Will I manage to become one of the 5% who don't reach for a smoke during their first year after quitting? Even if I don't see it through, it's not necessarily a relapse, Rüther says. "One cigarette is a slip. It's the second cigarette which makes it a relapse."