Despite the raging omicron COVID-19 variant, the battered aviation industry is cautiously optimistic about the new year, which could be marked by a host of firsts and lasts for the sector. 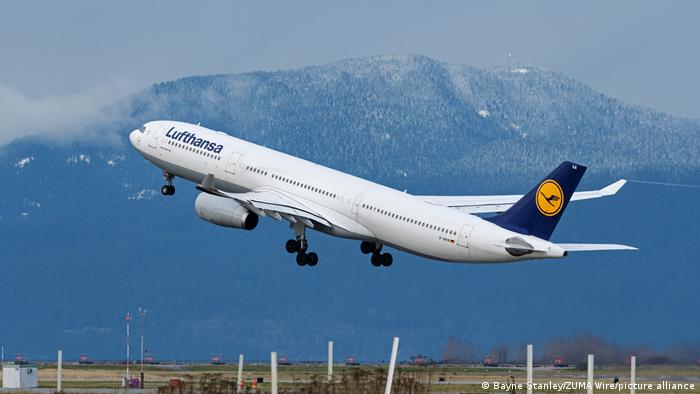 Fresh takeoff or hard landing? The aviation industry is cautiously optimistic about 2022

Few industries have been hit harder by the pandemic than aviation. But just when its fortunes were beginning to turn, it is having to contend with a new COVID-19 variant and ensuing travel restrictions.

For some weeks during the summer holidays last year, air traffic was almost back at pre-pandemic levels, in rare cases even higher. By mid-December, the number of flights in European skies had reached about three quarters of the level seen during the same time in 2019, with low-cost carrier Ryanair leading the way.

Ryanair, the market leader, was the only airline that clocked more flights, witnessing a 12% increase from 2019. Lufthansa and Air France each operated 21% fewer flights. British Airways fared even worse with the number of flights down by 35%.

"From mid-January into February, we see a sharp decline in bookings," Lufthansa CEO Carsten Spohr said in a Christmas interview with the Frankfurter Allgemeine Sonntagszeitung newspaper. "As a result, during the winter schedule, we will have to cancel some 33,000 flights or 10% in our group offering."

Ryanair, which had dared to flood the market with capacity, has been struck even harder by the fresh restrictions. and now expects just 6-7 million passengers, down from the 10 million it projected earlier.

The situation isn't any better globally — particularly in Asia. China largely remains off limits to foreign visitors as has been the case since the outbreak of the pandemic. Other markets like Thailand or Singapore, which were slowly easing restrictions for foreign travelers, have now taken a step backwards. New Zealand has postponed its reopening plans amid the omicron scare.

Still, the aviation industry remains cautiously optimistic about its prospects this year. German flag carrier Lufthansawants to get back to making profits after having repaid its state debt earlier than planned.

Aviation industry magazine Airline Business boldly predicts: "There are still solid grounds for believing 2022 can be significantly better than 2021 was for the airline industry, that is, once the omicron wave subsides." 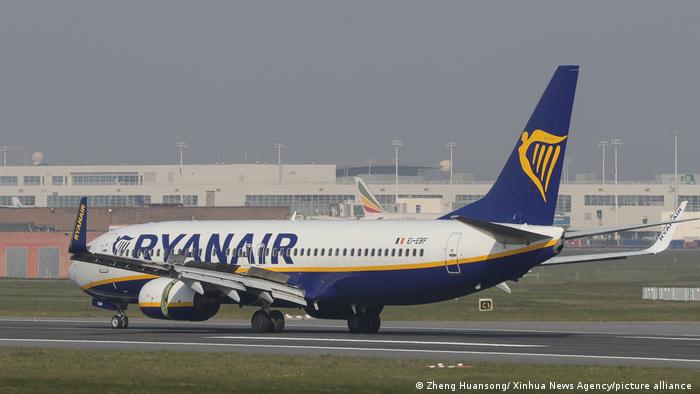 Sustainability — which has been endorsed as a key goal by the aviation industry during the pandemic — will remain high on the agenda in 2022. The first hybrid hydrogen-electric aircraft are due to take to the air this year, including the prototype of a 19-seater German-built Dornier 228, converted by British company ZeroAvia, as the industry strives to become climate-neutral by 2050.

As part of its go-green drive, the industry is pinning its hopes on sustainable aviation fuel (SAF) as a stopgap before aircraft can be powered by new energy sources. But SAF remains extremely costly for airlines and as a result very little of it is being produced. There are calls for governments to incentivize SAF production, including by imposing quotas on how much SAF must be blended with conventional jet fuel kerosene.

The industry's green push is facing another immediate challenge, as highlighted by Lufthansa's Spohr in his interview.

"We have to operate 18,000 extra and unnecessary flights, just to secure our takeoff and landing slots," he said, adding it was at odds with the European Union's climate goals.

In 2020, the European Commission had suspended the strict rule, which said an airline could only keep its slots when it used at least 80% of them. Currently, an airline must use 50% of the slots with the figure planned to be raised to 64% from late March. While low-cost carriers would love to take over many of the empty slots much to the delight of underused airports, the EU will have to find a just and flexible allocation system that would minimize senseless empty flights at the same time.

There are some interesting milestones coming up for the aviation industry in 2022. The Russian twin-engine airliner, Irkut MC-21, has just been certified by authorities for passenger service. Even though the jet has yet to prove its mettle in the airline market, it will be competing for orders with decades-old bestsellers Airbus A320 and Boeing 737.

This spring will see the first flight of an interesting addition to the Airbus family at its factory in Hamburg-Finkenwerder: the A321XLR. The airplane can carry between 180 and 220 passengers over distances of up to 8,700 km (5,406 miles), thanks to its extra fuel tanks. It comes at the unit cost of a smaller medium-haul airliner.

The low-flying cost means the aircraft would be economically viable to operate nonstop intercontinental routes even from secondary airports. The director of Nuremberg airport in Germany, for example, recently signaled his interest in direct flights to the US East Coast using the new A321XLR.

This emerging trend of market fragmentation with ever more passengers able to reach their destinations nonstop, avoiding big hub airports, was one of the factors contributing to the demise of Airbus's A380s.

In early 2022, after over 50 years, the production of the legendary Boeing jumbo jet, the Boeing 747, will also end, due to a lack of demand for its passenger version. However, the aircraft will retire with a unique record to its name; it's the only airliner to have remained in production for over half a century.