An EU court has annulled the Commission's decision to approve state aid for German airline Condor. will get to hold on to two loans of €550 million, for now. 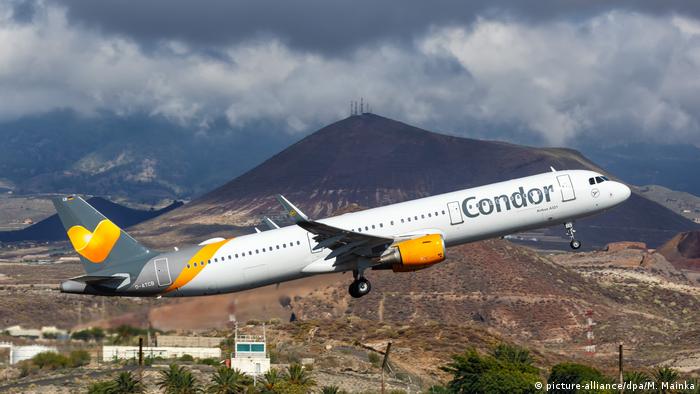 It is Ryanair's third legal victory contesting against billions of euros in state aid granted to its rivals to support them through the coronavirus crisis.

The EU's competition watchdog had not given enough reasons why it allowed the money to be paid out, the court ruled.

But the effects of the annulment — including the order to pay back the aid — are suspended until the Commission submits a new decision.

Effectively, this means that the EU General Court's judges are giving the commission a chance to issue a more detailed decision.

The budget airline hailed the court's decision as "an important victory."

"If Europe is to emerge from this crisis with a functioning single market, the European Commission must stand up to national governments and stop rubberstamping discriminatory state aid to inefficient national airlines," Ryanair said in a statement.

Ryanair has taken the commission to court in a slew of cases, arguing that its approving a host of state aid measures to airlines across Europe distorted competition in the bloc.

It won cases related to state aid to Dutch KLM and Portuguese TAP in the first instance. But it lost others, such as a complaint against aid given to Scandinavian SAS and Finnair.

Like other airlines, the COVID-19 crisis is going to cost Ryanair a fortune as its latest results show. Yet even though it won’t be tapping state funds like its rivals, it is still well-placed to come through the storm.