Hurricane Zeta has slammed into the storm-weary Gulf Coast, pelting the New Orleans metro area with rain and howling winds that ripped apart buildings and knocked out power to thousands. 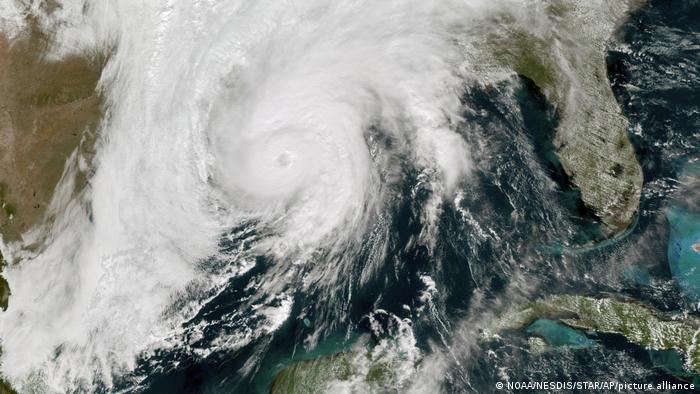 Hurricane Zeta hit the Louisiana coastline on Wednesday, bringing with it destructive winds of 110 miles (177 kilometers) per hour, life-threatening storm surges and heavy rains across the southeastern United States.

The storm made its US landfall near Cocodrie, a fishing village about 98 miles southwest of New Orleans.

A storm surge was expected to reach as high as 9 feet (2.7 meters) from Port Fourchon, Louisiana, to the mouth of the Pearl River in the neighboring state of Mississippi. The surge could spill over the levees guarding some of the state's east.

The hurricane also poses a threat in the northeastern part of the storm, with a tornado watch and warnings in effect in Louisiana, Alabama and Mississippi.

It is not expected to cause as much damage as previous storms, as it is moving through the area at a rapid pace.

"The good news for us — and look, you take the good news where you can find it — the storm's forward speed is 17 miles per hour. That's projected to increase, and so it's going to get in and out of the area relatively quickly," said Louisiana Governor John Bel Edwards during an interview with The Weather Channel.

US President Donald Trump declared an emergency for Louisiana on Tuesday. Governor Edwards did as well, as did Alabama Governor Kay Ivey. 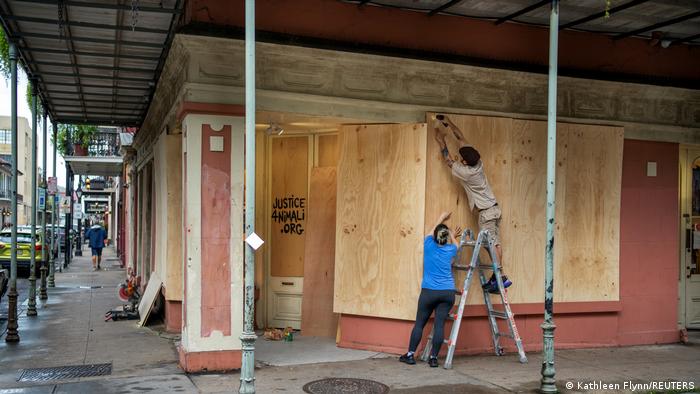 People in the path of the storm, including this New Orleans couple, boarded up windows and hunkered down

Zeta first made landfall in Mexico's Yucatan Peninsula on Tuesday as a weaker Category 1 storm. While trees fell and hundreds of thousands of people temporarily lost power, no deaths were reported. It regained strength while following a path similar to several other storms that formed and struck Gulf Coast states in the US, such as Hurricane Laura in August and Hurricane Delta earlier this month.

Hurricane warnings were in effect across three states, from western Louisiana to the Alabama-Mississippi state line. Tropical Storm warnings stretched into Florida and Georgia, including the Atlanta metro area, as the storm is expected to travel northeast after landfall.

Zeta was the fifth named storm and third hurricane to hit the state of Louisiana over the past few months.

A typical Atlantic hurricane season sees six hurricanes and 12 named storms. Zeta was the 27th named storm in 2020, just one less than the record set in 2005.

The measure has been taken in coastal areas as the state prepares itself for maximum sustained winds of 75 miles (120.7 km) per hour. Recently upgraded to a Category 1 hurricane, it might make landfall late on Friday.

Hurricane Marco and Tropical Storm Laura have torn through the Caribbean and Gulf of Mexico, forcing thousands of residents to evacuate. Laura has led to the deaths of eight people in the Dominican Republic and Haiti.