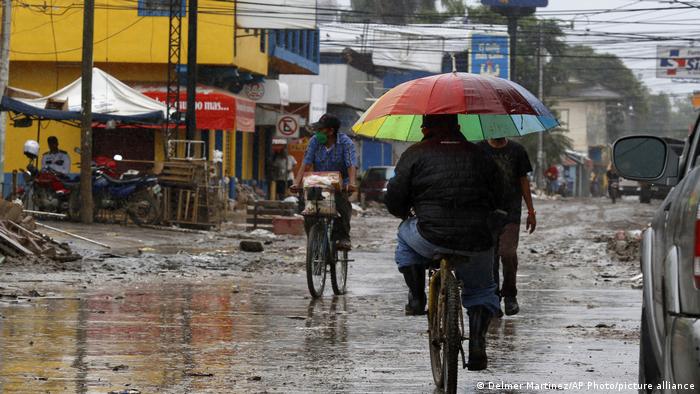 Hurricane Iota made landfall in Nicaragua on Monday evening, as the nation and several of its Central American neighbors braced for the storm's impact.

In an evening update, the NHC said the center of the storm was located about 30 miles (45 kilometers) south of Puerto Cabezas, Nicaragua. High winds already hit the coastline prior to the storm's arrival.

The storm is expected to bring intense rainfall as well, with forecasts up to 30 inches (750 mm) in some spots, especially in northeastern Nicaragua and northern Honduras. Nearby El Salvador and Panama could also see significant rainfall up to 15 inches in some areas. The NHC said the rainfall "would lead to significant, life-threatening flash flooding and river flooding, along with mudslides in areas of higher terrain."

Storm weakens, at least one dead

Iota was later weakened to a Category 2 storm on Tuesday, just hours after making landfall. Its sustained wind speed fell from 250 kph on Monday night, down to around 165 kph, the NHC said, warning that it was still "extremely dangerous."

The extent of the damage was not immediately clear. However, the storm left one person dead after pummeling the Colombian Caribbean island territory of Providencia. Colonel John Fredy Sepulveda, the police chief of Providencia, said the local hospital had lost part of its roof and the territory of around 6,000 people was without power.

The NHC forecasts Iota to weaken rapidly as it moves further inland, and to be significantly more tame by Wednesday.

Second hurricane in under two weeks

Central America has been hit hard during this year's record-breaking Atlantic hurricane season. Hurricane Eta hit the same region less than two weeks ago as a Category 4 storm with 140 mph top winds. Dozens of people died from the storm as mudslides covered villages.

Evacuations were still taking place as Hurricane Iota barreled closer to the region.

"The biggest problem we have right now is that we don't have fuel to keep on evacuating people [on boats]," said Teonela Wood, mayor of Honduras' Brus Laguna municipality.

In Bilwi, Nicaragua which is in the direct path of the storm, Yasmina Wriedt told the Associated Press (AP) that Eta destroyed the roof of her home not even two weeks ago. "We repaired it as best we could, now I think the wind will take it again because they say [Iota] is even stronger," said Wriedt. 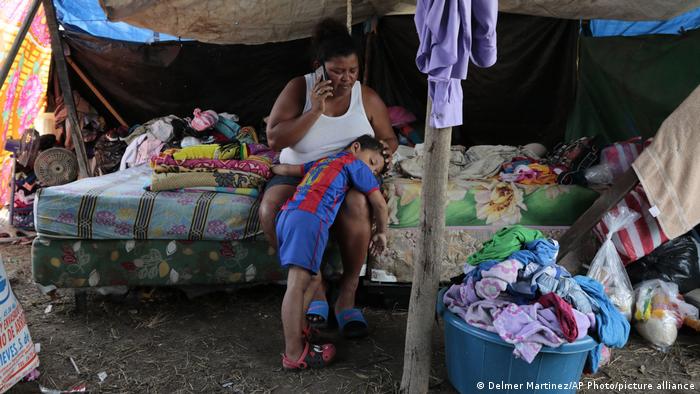 Carmen Isabel Rodriguez told AP she was still living in a government shelter with more than 250 people in La Lima, Honduras. She sobbed as she contemplated another devastating hurricane.

"We're living a real nightmare," Rodriguez said. "Now they announce more rain and we don't know what's going to happen, because our homes are completely flooded."

It is also the only Atlantic hurricane this year to reach Category 5 status, soon before it made landfall in Nicaragua.

Since records began in 1851, this November is the first where two major hurricanes formed in the Atlantic basin.

Scientists have said that climate change has caused more intense storms, including hurricanes. Central America has been particularly hit by intense tropical weather and droughts, which have been blamed on climate change.

The National Oceanic and Atmospheric Administration (NOAA) and hurricane researchers have said intense storms, as well as those that rapidly intensify, "a lot of that has to do with human-caused climate change."

Ocean College: The shock of a hurricane hits home

When Hurricane Maria raged across the Caribbean earlier this year, a group of German students had no idea they would become involved in the ongoing cleanup. But three months later, that's exactly what happened.

Hurricane Eta tore up trees and ripped roofs off homes in the northern indigenous regions of Nicaragua. Eta is the 28th named storm of the 2020 Atlantic hurricane season.