The Barbadian government urged citizens to seek shelter from flash flooding and high winds from the first major hurricane of the season. US forecasters predict it will hit Florida as a tropical storm on Tuesday. 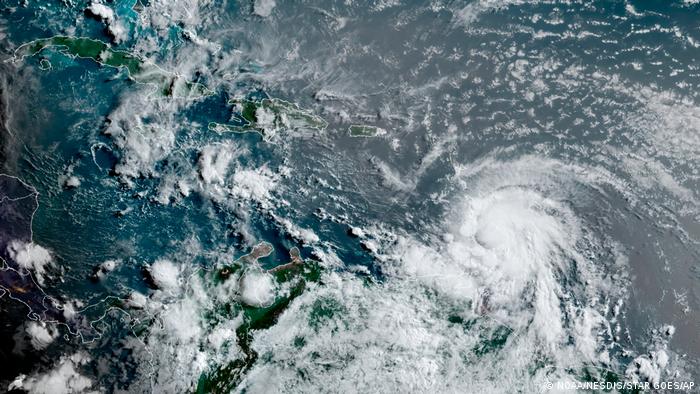 Hurricane Elsa battered the Caribbean islands of Barbados and St. Vincent on Friday as forecasters said the storm was heading towards Haiti.

The government of Barbados urged citizens to seek shelter and leave their homes if they were damaged.

Wilfred Abrahams, minister of home affairs, information and public affairs, also called on people to open their homes to those in need.

"We are getting a lot of reports of damage," he said, citing power outages, fallen trees, flash flooding and damaged roofs in the south of the island.

Emergency services were unable to reach people. So far, there were no reports of injuries or deaths.

The Category 1 storm is the first hurricane to hit Barbados in more than 60 years. 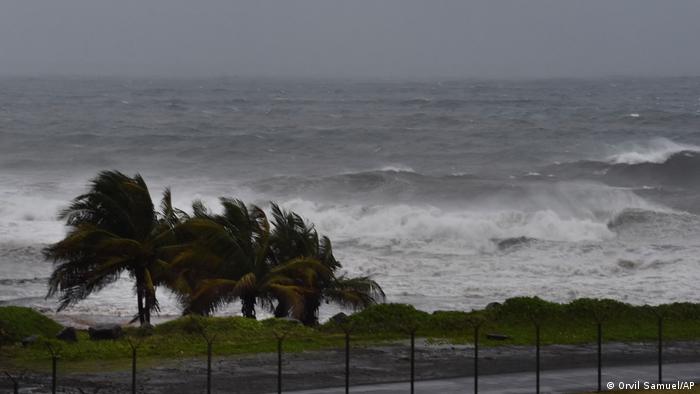 Officials urged people to take shelter from the hurricane

Elsa strengthened and hit St. Vincent earlier in the day, reaching gusts of up to 153 km (95 miles) per hour, according to the US National Hurricane Center (NHC).

"That level of sustained wind can blow down a lot of buildings and cause a lot of damage," said St. Vincent Prime Minister Ralph Gonsalves. "I am pleading with you. Let us not take this hurricane lightly. This is not the time to play the fool."

Earlier this year, St. Vincent suffered heavy flooding and landslides after a series of volcanic eruptions.

The NHC said hurricane conditions were expected in Haiti and possibly in the Dominican Republic and Jamaica by late Saturday.

Little change in Elsa's strength was forecast over the next 48 hours, though some decrease in winds is possible on Monday.

Elsa is expected to hit Florida as a tropical storm by Tuesday morning, but some models predict it could move the Gulf or up the Atlantic Coast.