A huge of crowd of mourners have gathered close to Bangkok's Grand Palace to sing the royal anthem in honor of King Bhumibol. The 88-year-old popular monarch died on October 13. 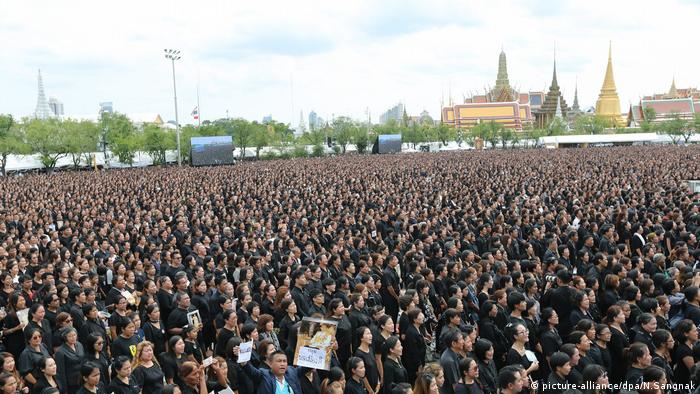 The majority of mourners who turned out for Saturday's tribute were dressed in black, with many holding portraits of the late King Bhumibol Adulyadej, who was seen as a rare figure of unity in a country dogged by political turmoil.

Hundreds of thousands of people took part in the short concert, along with a 100-person choir backed by the Siam Philharmonic Orchestra.

The royal anthem, known as "Sansoen Phra Barami," is played before the screening of every film in Thai cinemas, when the audience stands to honor the king as pictures of his life and work are shown on the screen.

"The atmosphere is amazing," said Sethabutra Biraseranee, who like most was dressed in all black despite Bangkok's sweltering midday sun. "As you can see, all these people here came just to pay their respects to him, which shows how great he was." 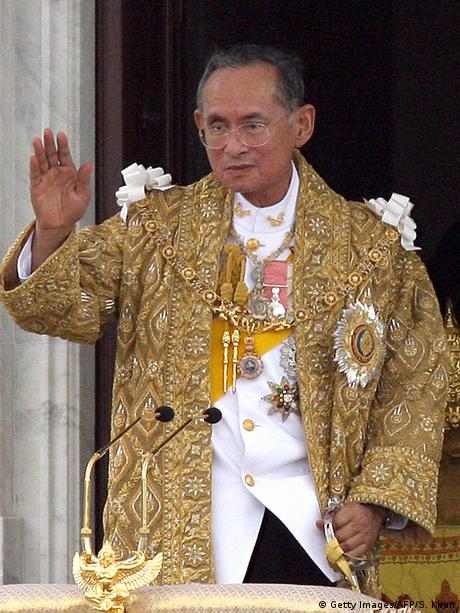 Saturday's tribute was held in Sanam Luang Park, close to the Grand Palace, where royal and religious rites have been taking place for the late monarch.

Bhumibol's death on October 13 has plunged the nation into grief, with the government declaring a one-year mourning period.

Thailand's military government has not set a date for the royal cremation, but it is expected in about a year.

Crown Prince Maha Vajiralongkorn is due to ascend the thrown soon but he has asked for a delay so that he can grieve with the people.

Embassies in Thailand have advised tourists to respect the feelings of the Thai people following the death of King Bhumibol Adulyadej, a man seen as a father-figure in the country. (14.10.2016)

With the death of King Bhumibol Adulyadej, Thailand has entered a new era of uncertainty, which is not only political but also economic. Can the military regime cope with the challenge? Ate Hoekstra reports from Bangkok. (19.10.2016)

Bhumibol, the world's longest reigning monarch, died on Thursday at the age of 88. Thousands of citizens have crowded the streets of Bangkok to watch the procession pass through the ancient quarter to the Grand Palace. (14.10.2016)