Prisons in Belgium come under frequent fire for poor conditions, most recently from the Council of Europe's anti-torture commission. Little is being to change that. Doris Pundy reports from Lantin, Belgium. 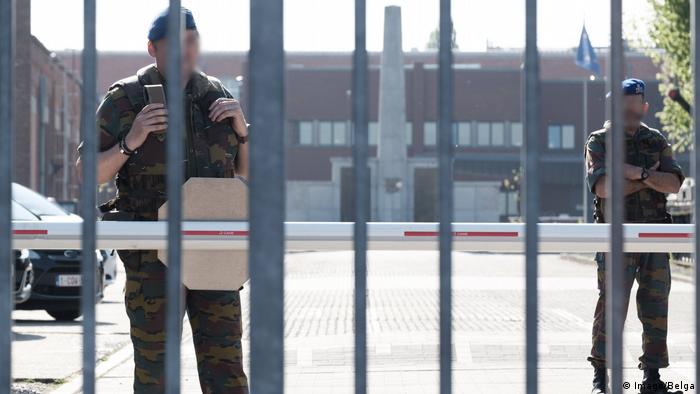 A young man takes a nervous drag on his cigarette. Standing at the prison entrance, he then puts it out and goes in. This is visiting hours for inmates. However, the man is no visitor. The 20-something-year-old is starting his prison sentence in Lantin, which is well known for difficult and inhumane conditions.

Inside, Yves Dethier is waiting for the newest inmate to be registered and processed. Dethier has been a prison guard here for just under 27 years, and he is active in the prison staff's union. For him, it is clear where the problems originate: overcrowding and understaffing. He and another guard are responsible for 80 inmates, he said, and the prison, built for 600, today keeps 960 locked away.

Read more: What it's like teaching women English in a German prison 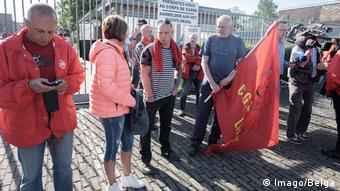 In May 2016, prison wardens began a union strike that worsened conditions inside prison

Belgium's prisons are often the target of international criticism. The European Court of Human Rights has more than once ruled that Belgian prisons violate their inmates' human rights. In July, a report by the Council of Europe's anti-torture commission accused Belgium of inhumane and degrading prison conditions. The prison in Lantin was used as a prime example, where, according to the report, conditions particularly escalated during a two-month staff strike last year.

"Prisoners were kept in their cells constantly," said Mathieu Simonis, a criminal defense lawyer. "They were often unable to shower for days." He described the strike, which took place at the height of summer, as a hygienic catastrophe: Cells and toilets were not cleaned, nor was trash removed. Medical care collapsed. The situation's nadir came when an inmate was murdered by his psychologically unstable cellmate, Simonis said.

Simonis keeps dozens of letters from inmates at Lantin, who reached out to him for help during the strike. "'Hell' is the word that appears most in the letters," he said, reading the letters' claims of rotten food, constant risk to personal safety, and canceled visits and yard time. 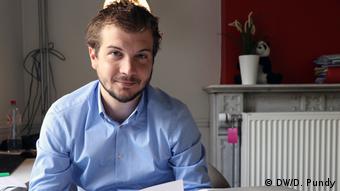 The defense lawyer filed a lawsuit and won. Belgium now has to compensate the affected prisoners. But Simonis continues to receive complaint letters. The situation is particularly precarious for psychologically unstable inmates, he said, who are denied proper facilities due to lack of space.

Belgian courts and the European Court of Human Rights regularly hear cases against the prison system, said Delphine Paci, the head of the Belgian section of the International Observatory for Prisons (OIP), a prison oversight organization.

"Human rights violations are well known here in Belgium," she said, estimating that as many as 700 prisoners endure particularly grave conditions, such as cells without enough beds, running water or toilets, and no access to proper medical care. 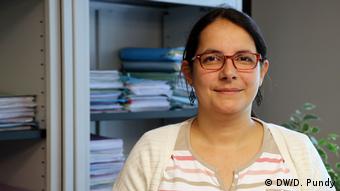 Such violations are a consequence of society's response to the child serial killer, Marc Dutroux, which "completely traumatized Belgium," Paci said. In the 1980s, Dutroux was found guilty of kidnapping and raping five girls. He was released early and in the 1990s went on to abduct six more girls, murdering four of them.

"It has been impossible since then to make strides on prisoners' interests. They're demonized and pushed to the edges of society," she said.

But Paci does not believe all is lost. "We'll reach a point when it's cheaper to improve prison conditions than constantly pay damages," she said.

That sense of hope, however, is not felt in Lantin. Prison bars are getting replaced with tight mesh grids to prevent inmates from throwing food out the windows in protest, guard Dethier said, causing a rat problem in the yard. "Nothing is going to change here very soon," he added.

Belgium's current government announced their intent to improve prison conditions in 2014, but nothing had changed up until last year's strike. Another government promise was made at the beginning of 2017, but action remains to be seen.

It has been one of many promises Dethier has seen come and go in his nearly three decades working as a prison guard, he said. "It would take something magical to make things better here." 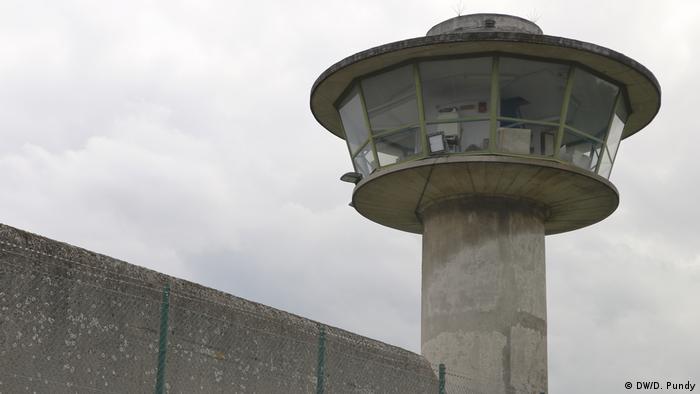 The watch tower at Lantin prison, where human rights violations allegedly occur on a regular basis

Human Rights organizations warn that victims of the Kremlin will now find it hard to hold Moscow accountable.

Prisoners of war from Azov: Do the fighters face the death penalty in Russia? 21.05.2022

Prisons are breeding grounds for viruses, yet carceral administrations have revealed little about COVID-19 cases, deaths and vaccinations in Europe's prisons. Data from 32 countries show the pandemic's impact on prisons.