New-York based organization Human Rights Watch has accused Israel of employing Palestinian children in the West Bank. The report contends that Israeli settlement policies gave rise to the problem. 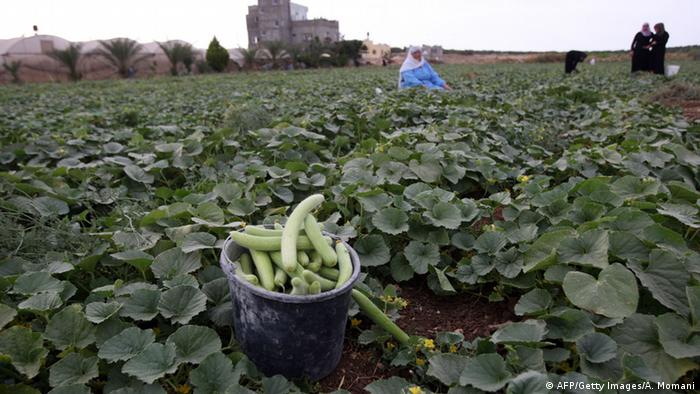 According to the 74-page document released on Monday, Israeli farmers in the Jordan Valley rely in part on underage Palestinian employees.

The authors of the reports interviewed 38 children and 12 adults. Based on their information, HRW concluded that Israeli settlers have been employing children who were under the age of 15, the minimum age for employment.

These minors were primarily subjected to harsh working conditions in the agricultural sector. According to the study, the child laborers were being paid only $19 per day (18.04 euros), far below the Israeli minimum wage of $6.20 an hour.

Interviewees said that many of the underage workers were 13 and 14 years of age, but that some were as young as 11.

HRW's Middle East director pointed to Israeli policies as the culprit beyond child labor among the West Bank's Palestinian population.

"Children from communities impoverished by Israel's discrimination and settlement policies are dropping out of school and taking on dangerous work because they feel they have no alternatives, while Israel turns a blind eye," Whitson said.

The report cited, in particular, the Israeli policy that restricted Palestinian farming activity in favor of zoning for Israeli settlers.

"There is no justification for employing children, not just morally and legally but financially as well," Elhayani said.

The Israeli government has not yet issued a response to the allegations.

A number of governments worldwide have repeatedly criticized the Israeli government for its activities in the West Bank, particularly its refusal to halt the building of settlements. Continued disputes over the contentious settlement policy have also hindered peace talks between Israel and the Palestinian Authority from moving forward.

The European Parliament has adopted a resolution supporting Palestinian statehood in principle. The compromise motion did not back immediate recognition of a Palestinian state. (17.12.2014)