Human Rights Watch published a report slamming the "prolonged arbitrary detention" of child asylum seekers in Greece. Authorities said it was the only way to ensure safety for some of the 3,300 unaccompanied children. 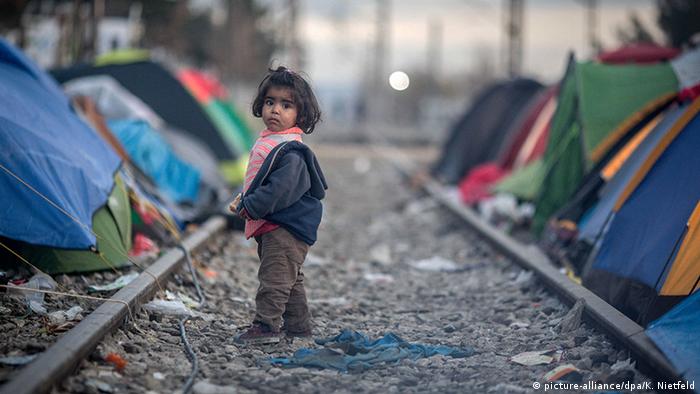 The watchdog said that the refugee crisis has led the Greek government to house children traveling alone in "poor and degrading conditions," which sometimes included police station jail cells.

"The Greek government justifies the detention of unaccompanied children as a temporary protection measure in the child's best interest. In practice it is anything but," charged the group.

Some 3,300 children have arrived in Greece without relatives or guardians, according to Greek authorities.

"In some cases, children said they were made to live and sleep in overcrowded, filthy, bug- and vermin-infested cells, sometimes without mattresses, and were deprived of appropriate sanitation, hygiene, and privacy. All of the children interviewed in police stations, including those who had been detained for more than a month, said they were not allowed to leave their cells," the HRW report continued.

Athens: Problem with be solved within two months

Giorgos Kyritsis, a spokesman for the government's crisis committee on migration, said in a statement to the Associated Press that while putting children in police stations was "not ideal" it was the only way "to guarantee that the children would be safe."

He added that the government had already approved plans for the construction of new shelters, and that the problem should be resolved within two months.

The report came as leaders of several Mediterranean countries were scheduled to meet in Athens to discuss the ongoing struggle to cope with the number of refugees coming ashore.

Greeks refuse to resign themselves to the crisis. The despised ENFIA property tax isn't helping matters. People are constantly reminding the government of its election promises. Now, Athens has promised swift reforms. (08.09.2016)

UNHCR spokesman: EU must do more for refugee children

Children make up nearly half of refugees worldwide. DW's Kathleen Schuster spoke with the UNHCR's Babar Baloch about the perils that children face as refugees. (07.09.2016)