How will the German military spend €100 billion? 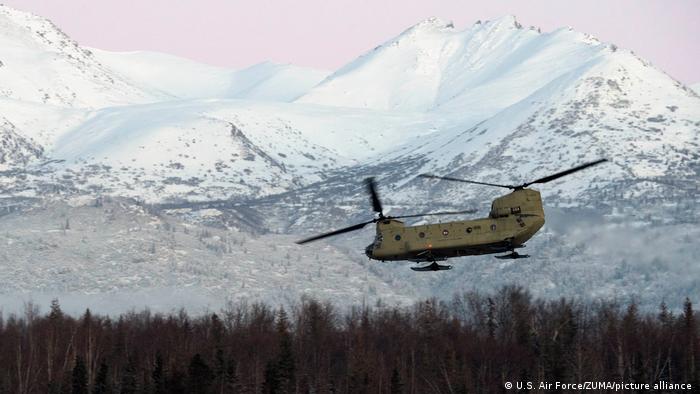 Russia's war on Ukraine led the German government to reassess the state of this country's armed forces. It had long been well-known that the Bundeswehr is lacking equipment. Now, military experts point out that the country had not a single combat-ready brigade to defend German territory.

In response, the government has joined forces with the main opposition parties to change the constitution and allow €100 billion ($107 billion) in additional debt to upgrade the military — an unprecedented occurrence in the history of the Federal Republic. It comes on top of this year's record defense budget of €50.4 billion and will be spent over the next five years.

None of this expenditure is directly linked to the delivery of weapons to Ukraine, to which the German government has committed itself.

"The additional 100 billion are also a necessary signal to the troops. If Germany wants to have deployable soldiers, we should also equip them as well as we can," says Aylin Matlé, a security expert at the German Council on Foreign Relations. These are acquisitions that have in part been deferred for decades, she points out.

Windfall for the air force

The Bundeswehr's airforce can expect the lion's share of the special fund — to the tune of  €41 billion: Boeing CH-47F "Chinook" heavy transport helicopters have long been on the army's wish list.

The German army currently has CH-53s helicopters, which are about 50 years old and for which spare parts are nearly impossible to get. There have been more and more reports of the choppers breaking down and only a few of them are still usable at all.

The CH-47F is the latest update of a time-tested yet continually improved model. The US Army has long used the Chinook, with its characteristic dual rotors, to move troops, vehicles, and other equipment — a capability required first and foremost in foreign deployments because planes need airstrips for taking off and landing.

F-35 fighter aircraft, which is already in service with the UK, the Netherlands, and other allies, are on the shopping list, too. The Bundeswehr wants to buy 35 of the hugely expensive stealth aircraft made by US contractor Lockheed Martin. They're intended to replace Germany's aging fleet of Tornado fighter-bombers, for which the German Defense Ministry has been seeking a successor for some time.

"The F-35 offers unique potential for cooperation with our NATO allies," said German Defense Minister Christine Lambrecht. Like the Tornado, the F-35 is designed if necessary to convey US nuclear weapons stored in Germany to their targets.

But not all investment is to go towards US arms makers, a sizeable amount of money has been earmarked for the European aviation group Airbus. The plane maker is getting the green light to further develop its Eurofighter model to make it suitable for conducting electronic warfare. That includes detecting and destroying enemy radar. Airbus, which has a large plant in Bavaria, could soon benefit from the extra investment.

Germany's government has put to rest the dispute lasting for years over whether to acquire armed drones for the Bundeswehr. Opposition to the move had long been championed by Chancellor Scholz's own Social Democrats. But the criticism has been silenced by the war in Ukraine. The fighting there has shown once again that armed drones can be a key component of military success. The Bundeswehr is now buying the suitable weapons to outfit the "Heron TP" drones it had already ordered from Israel.

US, Germany to deliver advanced weapons to Ukraine

€19 billion have been earmarked for the navy: U12 submarines, frigates, and corvettes, as well as small and highly maneuverable craft called "multipurpose combat boats".

The ground forces are set to receive nearly €17 billion, to be used almost entirely for updating armored personnel carriers and other combat vehicles. Over the longer term, the Bundeswehr is also eyeing a successor to the Leopard 2 tank, which is supposed to be developed together with France.

"There will also be an investment in heavy weapons like tanks, but that is not the main focus," says Matlé of the German Council on Foreign Relations. "For example, several billion are slated for modern communications technology, so that the troops can communicate through secure encryption. These are capabilities that are likewise essential in modern combat," she says. At nearly €21 billion across all three military branches, investment in new communications technology constitutes the second-largest item of all, as the threat of cyberattacks has become very real.

Finally, personal equipment for soldiers is being expedited. Additional funds for clothing are expected to be made available this year.

But even if the special fund helps Germany to better fulfill its NATO obligations, "money alone will not fix everything," Matlé says. The investments must be embedded in a cogent political strategy, she points out. "Do we now want to concentrate exclusively on the threat from Russia, exclusively in a NATO context or possibly also at the EU level?" she asks. Questions like these are to be given their answers in a new national security strategy, which the government intends to unveil next year.

The Left Party in Germany is the country's only major political camp to fundamentally reject the Bundeswehr's additional funding. It calls the special fund a "cornerstone for permanent militarization" in Germany. "The purchase of nuclear bombers like the F-35, new tank systems, and armed drones is sending the stock prices and profits of the major arms makers soaring," says Sevim Dagdalen, spokeswoman for international politics of the Left Party's parliamentary group. Meanwhile, she says, poverty is on the rise in Germany.

What remains unclear is the Bundeswehr's next step once the €100 billion windfall is gone. The regular defense budget is certainly rising. But over the longer term that will not suffice to keep paying for costly weapons projects. Finance Minister Christian Lindner has stressed that the Bundeswehr special fund is a "one-off exception."

F-35: Why Germany is opting for the US-made stealth fighter jet