Award-winning journalist Günter Wallraff calls attention to plight of writers and journalists in Turkey. He tells DW what can be done to help persecuted intellectuals and which mistakes the West has made with Turkey. 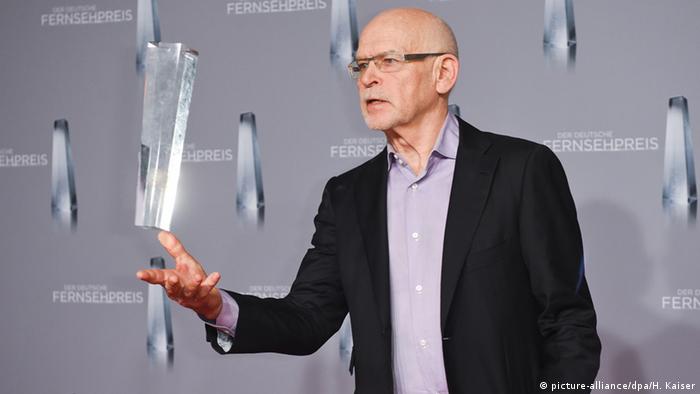 German journalist Günter Wallraff made a name for himself over 30 years ago with "Türke Ali," a report about the way guest workers from Turkey were being treated across Germany. Now, the award-winning journalist is speaking out to call attention to the struggles Turkish intellectuals are facing following the coup attempt in July. After adding his name to a letter condemning the arrest of the brothers Ahmet and Mehmet Altan, Wallraff spoke to DW's Stefan Dege about what more could be done to help those under threat.

Günter Wallraff: When others were looking to him as a savior, a leader who brought the economy ahead and solved the Kurdish problem - that was when Erdogan was, in my eyes, a danger to democracy. Early on, he outed himself by using phrases such as "Democracy is to me like going for a ride on a tram: When you get to your destination, you take over…."

When others were recently discussing the possibility of Turkey entering the European Union, I said that not only do economic criteria have to be fulfilled, but human rights and an independent judicial system as well as freedom of speech must be guaranteed.

In the meantime, I see what is happening in Turkey as a catastrophe. Erdogan is an autocrat, a potentate, a dictator.

You were one of many prominent journalists and writers to have publicly protested the arrest and detainment of the Altan brothers. Has your protest reached those in power in Ankara?

Everything has been precisely registered as to who has responded publicly and who has been engaged and in what manner. But in Turkey, any person can be arrested and prosecuted under any precept. And judges who stick to the law are quickly relieved of their duties and find themselves threatened. In that respect, there cannot be enough initiative. Yet there is too little at the moment. There is a great indifference.

I blame our politicians most of all, since they've practically let themselves be blackmailed by the refugee deal. Even German Foreign Minister Steinmeier, whose foreign policy I truly value, is not exempt in this case. Initiative and clear statements are missing from the dialogue. That is ominous and nearly tragic! 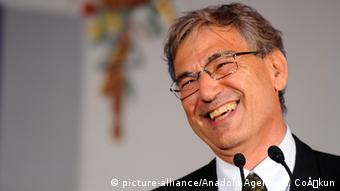 What is happening in Turkey following on the attempted coup? Is Turkey the terror regime that Nobel Prize-winner Orhan Pamuk has accused it of being?

When someone so close to the scene describes it as such, someone who otherwise does not frequently get involved in politics, and expresses his differences in a literary way - when someone like Pamuk chooses such statements, then it is more than justified.

Erdogan and his faithful are on a path to turn Turkey into a country without justice through this "cleansing." It began with the courts. Denunciations are part of the daily agenda. Those who express their opinion are added to a firing list. In Turkey, there is a real tidying up taking place and there are countless thousands of people who are now being intimidated. Those who speak out in opposition - the intellectuals and researchers, journalists and authors who are the heroes of our time - are risking detention and the loss of their livelihood.

You have also been engaged in a fight to free the detained author Aslı Erdoğan. What do you recommend Turkish authors and publicists do? Lay low and fit in - or emigrate?

I can't offer any recommendations. I am sitting here in the security of Germany - a functioning state under the rule of law. How can I presume to give advice to colleagues who are risking everything? No, we are requested to take these colleagues in and to take the initiative for them, and in some individual cases, sponsor them.

How do authors and journalists manage to live in such an oppressive state? How does one maintain at least a minimum of freedom? 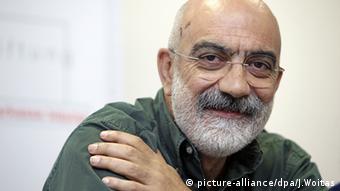 That is a balance, a continual daily adjustment in a threatening situation. A network is necessary, a strong position in a community made up of friends and family who can maybe help absorb the losses. There is a lot of despair. Many are attempting to leave the country if their passports have not already been confiscated. The reasons given for these confiscations are absurd - either suspicion of terrorism or a supposed connections to the Gülen movement.

The West could be criticized for not condemning the coup attempt from the beginning - and not clearly enough.

Aslı Erdoğan was one of the authors selected to represent Turkey at the Frankfurt Book Fair in 2008 when the country was the guest of honor at the trade fair. In two months, Germany is expected to receive the same honor at the Istanbul International Book Fair. What would you recommend? To stay away as a protest?

In the past, I have thought that you shouldn't go to such countries and should boycott them instead. Today I would say that it depends on who is going and how he or she presents themselves there. It should not be done with the idea in mind that beautiful literature is being created. Every German author who is represented there should turn themselves into something of a sponsor for a Turkish author or journalist there, someone who they can stay connected to and whose fate can be called attention to. If that were to happen then, yes, go!

Günter Wallraff is Germany's most famous investigative journalist. On October 1, he turns 70. The undercover reporter's unconventional methods have won him both friends - and enemies. (01.10.2012)