German icon of investigative journalism turns 70 | Germany| News and in-depth reporting from Berlin and beyond | DW | 01.10.2012

Günter Wallraff is Germany's most famous investigative journalist. On October 1, he turns 70. The undercover reporter's unconventional methods have won him both friends - and enemies. 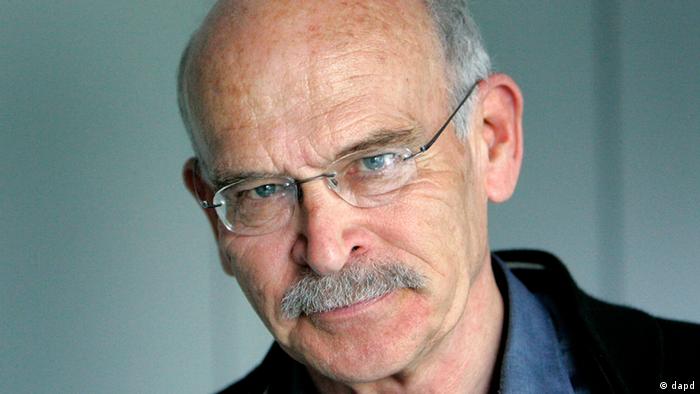 He was the fake reporter Hans Esser at Germany's leading tabloid Bild, the pretend-Turkish immigrant worker Ali who worked at McDonald's and a Thyssen steel plant. His books, published in the 1970s and 80s, about the inhuman working conditions at the newspaper and the unacceptable conditions that immigrants work under for huge companies made Günter Wallraff famous. But even before that, he was as an undercover reporter: as a homeless man, an alcoholic in a psychiatric institution, or as an arms dealer.

"There are diary entries from when he was 17 where he says 'I am my own secret make-up artist, I constantly put on new masks in the search for myself,'" says media studies academic Bernhard Pörksen of Tübingen University. 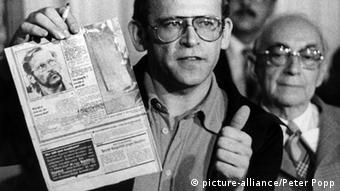 Wallraff presenting his book about working undercover for Bild

During these identity experiments, Wallraff repeatedly alternated between the roles of investigative journalist and writer. But the goal was clear from the beginning, says Wallraff's biographer Jürgen Gottschlich. Wallraff always tried to pick up on taboo issues and present them to a wide audience. "And that's what he did. Both with the story about the Bild daily paper and the book about Turkish migrants in Germany, he changed the awareness of those issues. The word "wallraffen" has even made it into the Swedish vocabulary, as a word for "uncovering something."

Wallraff's work has become very significant for German journalists. There have been other investigative journalists before and after him, but few have put as much dedication into their work. Pörksen says Wallraff invented the concept of the "intervention journalist," who does not simply report impartially. "Wallraff always takes the side of society's weak," he says. "The victims, the homeless, those who are being exploited."

After a hiatus in the 1990s, Wallraff, made headlines again in recent years with a number of spectacular reports. He uncovered the working conditions in call centers, in industrial bakeries and private postal services. He received both attention and criticism for a documentary on encountering racism while masked as a black person in Germany.

Some commentators said that the way he conducted the report – pretending to be a black immigrant – was itself racist because Wallraff was imitating a suppressed minority. Wallraff has frequently been the target of lawsuits, filed by companies accusing him of using legally questionable methods for his reports. 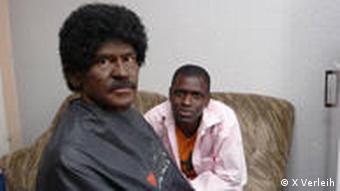 Wallraff uncovered everyday racism in his role as a black man

Aside from his reports and books, Wallraff has been a long-time political activist. In 1974 he was arrested and held for 14 months in Greece after demonstrating against the military junta there. He took in writer Salman Rushdie after he'd been threatened with death by the Iranian Ayatollah over his book "The Satanic Verses". Helping colleagues is one of Wallraff's central concerns, says Gottschlich, who himself works as a journalist in Istanbul. "He was in Turkey several times when journalists were on trial, he supported publications by Turkish or Kurdish journalists and he took some of them in - even after Rushdie - and never made a big fuss about it," says Gottschlich.

But Wallraff's 70th birthday is also overshadowed by accusations from his former assistant, who says Wallraff paid him off the books without paying taxes or social benefits. State prosecuters are currently investigating the charges. But this will hardly stop Wallraff, says Gottschlich. "Wallraff has incredible energy, he talks a lot, does a lot, runs marathons, is a restless guy. This is probably the reason why he won't be able to stop at 70."

Not everyone will congratulate Germany's most popular newspaper on its 60th birthday. The Bild Zeitung continues to divide the nation - some see it as a paper for the everyday German; others see it as cheap propaganda. (22.06.2012)

Guenter Wallraff's provocative new film Black on White is released this week. The journalist and filmmaker wore black make-up for over a year, trying to establish himself in German society as a Somali-born man. (21.10.2009)

Germany's biggest newspaper, Bild, is both renowned and despised for influencing the political agenda. Its role in the loan scandal surrounding President Wulff has sparked a new debate about the paper's role in society. (06.01.2012)