Coronavirus: How are the 4 biggest economies trying to stem insolvencies? | Business | Economy and finance news from a German perspective | DW | 03.08.2020 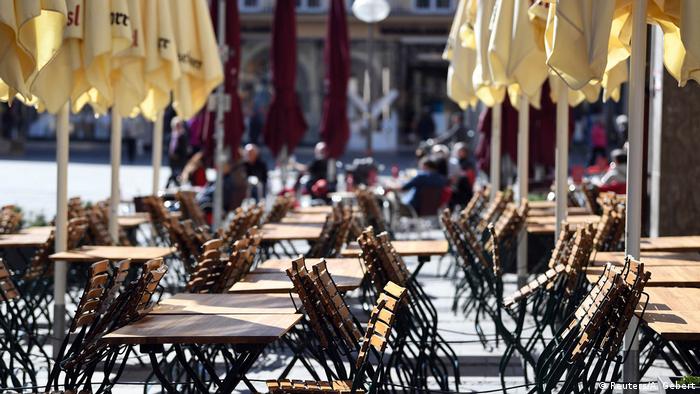 The full scope of the coronavirus pandemic's destruction wrought on economies worldwide emerged starkly last week, when a number of countries published their growth figures for the second quarter of 2020 — the period in which national lockdowns shuttered entire industries.

In Europe, Spain recorded the deepest drop in economic output, slumping 18.5% compared with the previous quarter, while France and Italy contracted 14% and 12% respectively. Even the continent's economic powerhouse, Germany, was down by a historic 10.1%.

Elsewhere in the world, the economic situation between April and June wasn't any better, with gross domestic product (GDP) in the United States slumping 9.5% from the first quarter, and that of Japan expected to drop by more than 11%, according to a preliminary estimate.

China was the only bright spot, climbing a modest 3.2% in the period under review, and reversing a 6.8% decline in the first quarter.

As the massive global slump is battering businesses and households, governments have adopted crisis-fighting policies, including both financial support and legal changes aimed at preventing people and businesses from going bust.

We've compiled a list of measures the governments of the world’s four biggest economies — the US, China, Japan and Germany — have taken to stem a looming tide of business insolvencies.

In view of an estimated 29,000 corporate bankruptcies expected if the economic fallout of the virus crisis is not mitigated, Germany has adopted sweeping changes to its insolvency law, including suspending the obligation to file for bankruptcy.

Previously, a company unable to pay its debt as it comes due (cash-flow insolvency), or being in a state in which total liabilities outweigh total assets (balance-sheet insolvency) was obligated to file for bankruptcy within three weeks. 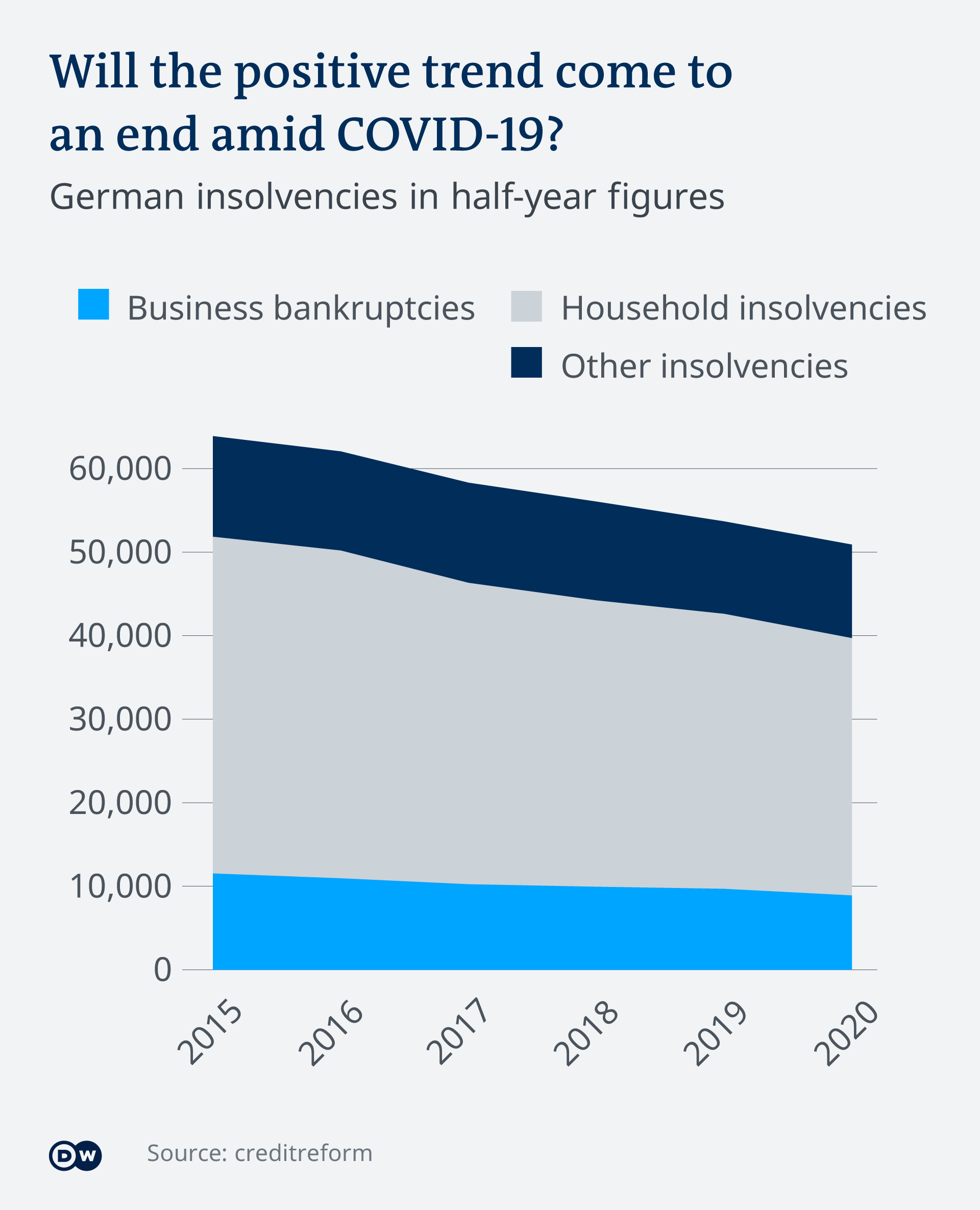 Under new regulations passed at the end of March, this obligation has now been suspended retroactively from March 1 until September 30, 2020. But there are two exceptions to the rule, one being that the reasons for an insolvency are not the result of the pandemic, or, secondly, that there isn't a going-concern prognosis, meaning there are no prospects of eliminating the firm’s inability to pay.

In addition, legal provisions banning certain payments amid bankruptcy procedures have been relaxed during the suspension period, giving managers more leeway to maintain business operations or implement a restructuring, without triggering personal liability.

Moreover, new bank loans granted during the suspension period, as well as the secured collateral for them, are better protected as they cannot be challenged in a subsequent insolvency. This is intended to motivate banks to lend.

The new law also reduces the risk to contractual counterparties of a distressed company, like suppliers, landlords and lessors, who must be paid even if restructuring efforts fail.

Finally, all of those provisions do not apply if the reason for the insolvency already existed before March 1 this year.

Unlike many other countries, Japan does not have a specific law governing insolvency. But the Japanese government, and to some extent private industry, have taken other steps aimed at mitigating the pandemic-related hardships. 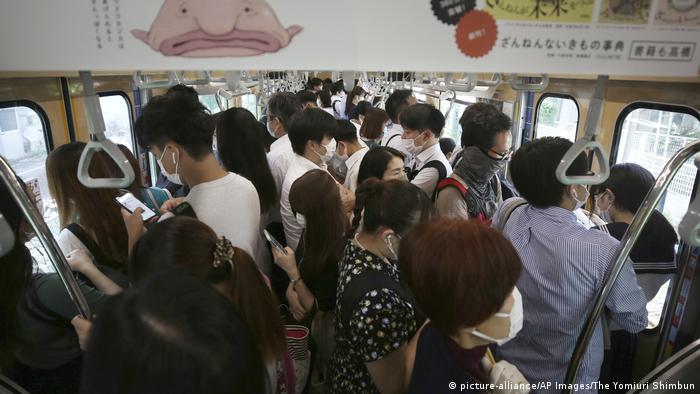 Tax authorities are now granting a one-year grace period for payment of national and local tax if the pandemic has reduced a taxpayer's income by about 20% or more compared with the same period of the previous year. In addition, water, sewer and gas supply businesses were requested to give a moratorium on bill payments for people and companies suffering financially.

Under its Subsidy Program for Sustaining Businesses, the government is handing out a maximum of 2 million yen (€16,051, $18,885) for small and mid-sized businesses (SMEs), and 1 million yen for individual business operators whose revenues plunged by more than 50%.

Under Japanese law, a company that lays off employees due to suspension of its business, for a "reason attributable to the employer," is required to compensate the employee for the time absent from work. A program called Employment Adjustment Subsidy now provides subsidies to companies for this compensation.

Stock exchange rules have also been amended extending a delisting grace period for insolvent companies from one year to two years.

Moreover, several insurance companies have granted extension on payment of premiums for up to six months, while some banks have offered their clients to negotiate repayment conditions and waived fees in connection with amendment of repayment conditions.

While there have been no changes to insolvency laws in China, the authorities have issued new bankruptcy guidance. Bankruptcy courts are now requested to encourage restructuring and settlement processes before liquidating a company. They are supposed to actively guide negotiation between creditors and debtors by means of installment payments, extensions of the performance period for liabilities and changes of contract price. 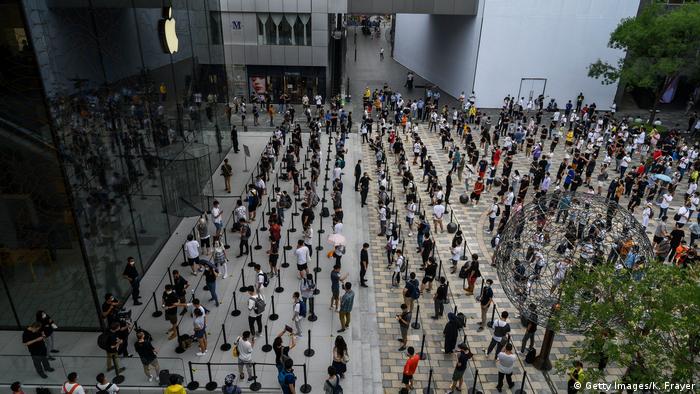 Long lines were forming at a newly opened Apple store in Sanlitun in July, suggesting China's economy is on the road to recovery. But fears of a second wave are mounting

In case of a bankruptcy restructuring, if no new investors can be found, courts may extend the timeframe for a restructuring proposal by up to six months. If a company is involved in pandemic prevention and control, a court is even allowed to halt bankruptcy procedures altogether.

Before declaring a company bankrupt, courts must review the ability of the debtor to continuously operate, and the viability of the industry in which it operates as a whole. The purpose of this is to avoid bankruptcy proceedings for those debtors that could survive were it not for the impact of the pandemic.

The US has not implemented direct changes to its Chapter 11 bankruptcy laws. However, the Coronavirus Aid, Relief, and Economic Security (CARES) Act adopted in March offers support to businesses struggling amid the pandemic. It includes a roughly $2-trillion (€1.7-trillion) stimulus package — the biggest economic stimulus in US history.

In addition, a $500-billion fund controlled by the Federal Reserve was made available for a government lending program directed at distressed companies. 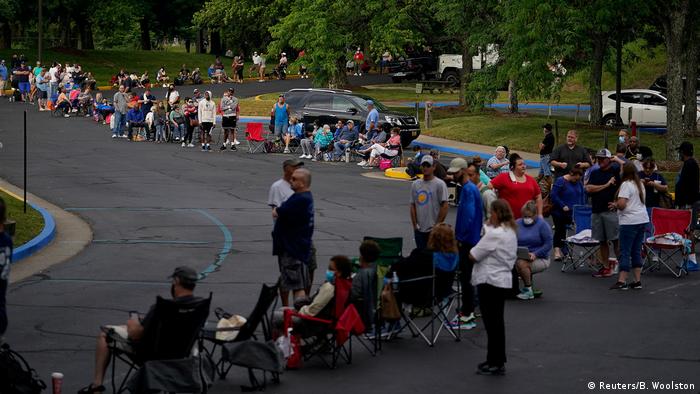 All over the US, people were eagerly waiting in June to apply for unemployment assistance, including a $600 monthly paycheck. But Congress is at loggerheads over whether to extend the handouts

The support to small and mid-sized businesses is being extended through the Small Business Administration (SBA) loan program and the Paycheck Protection Program (PPP). The threshold allowing businesses to take advantage of the program has been raised recently from about $2.7 million to $7.5 million company worth.

However, the company must not be insolvent already to be able to benefit from the programs. Also, it needs to have a plan on how it wants to integrate the stimulus relief into a long-term strategy that will help it navigate this crisis.

In the coming months though, many of the emergency programs are set to expire, creating the risk of a second-wave hit to economies worldwide, including rising bankruptcies.

Particularly for small firms with limited cash reserves and razor-tight margins, any tapering of support programs could make the difference between survival and collapse. So-called financial cliff edges are emerging.

German economists point to September 30 as a date when they see aid becoming scarce and emergency rules governing insolvencies are due to expire. But the government in Berlin has said it may extend the suspension by statutory instrument until March 31, 2021.