Minding one's manners is always important, but how does one adapt when manners change from culture to culture? DW spoke to an expert to learn about mastering German etiquette, from shaking hands to holding wine glasses.

Linda Kaiser is a spokeswoman for the Essen-based Deutsche-Knigge-Gesellschaft, a consulting association for all things concerning etiquette. Among other services, the association offers seminars to help international business people avoid faux pas. It's also the go-to company for people who feel uncertain in everyday social situations.

DW: Ms. Kaiser, in our series Meet the Germans, my colleagues and I try to explain some German characteristics to an international audience. This time, we're talking about manners...

Linda Kaiser: Yes, although manners are perhaps more of a British subject.

Because the way the British present themselves to Germans, in my opinion, is by being especially calm, polite, reserved, friendly and very disciplined. And then, of course, there's the connection to the royal family. Etiquette is especially important there.

But you're implying that Germans aren't so interested in manners! Would you really say that? 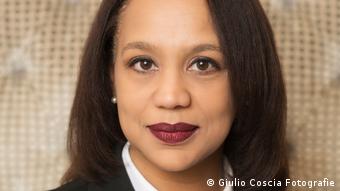 It's just a different kind of interest [laughs]. In the last 100 years, we've had no royalty, no monarchy, no official nobility in Germany. That's why manners have become a social affair and society moves or develops faster than tradition. That's why manners are indeed a German subject, but they are not connected to an ideal like the queen.

Are there certain manners that are specific to Germans?

Certainly things like punctuality or being able to express criticism directly are linked to Germans. These are human traits, which can be applied to Germans, although not necessarily across the board.

What does that say about Germans?

First of all, manners are rules for how to enter into a society, so that it is easier to function living in society together. Every society, every group of people, comes to a consensus on certain topics, and the unique manners of a social group develop from this.

Earlier, you mentioned the British as being particularly polite. Do you think Germans are polite?

Yes. Every person is polite in his or her own way. You can't make that so dependent on the country you belong to, because in general, politeness helps us to get along better in groups. That's why we try to present ourselves in the best possible way, and if you have really internalized it, you make the other person look good as well. 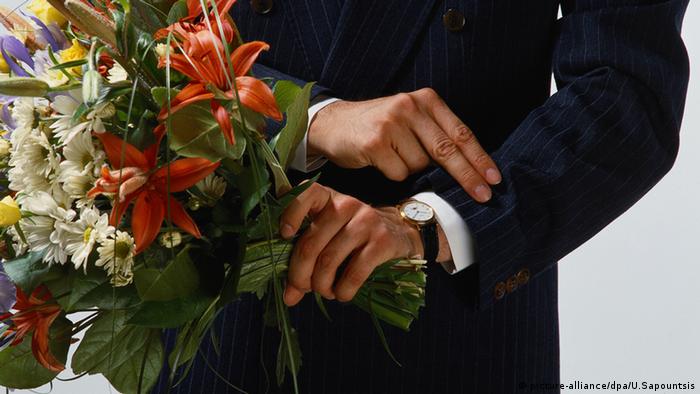 Say it with flowers: Both punctuality and giving someone flowers are considered polite in Germany

Your association offers, among other things, seminars in manners. What would you suggest to people when they come to Germany? How can they be on their best behavior?

It's what I recommend to everyone in every country: to be open, attentive, listen well and bring your own understanding of good manners into society. And then, no matter where you are, being together with others works well.

Do you have some examples?

Let's take the classic example of table manners. We sit down together at a table to eat and spend a nice time together. This is the main goal when people sit down together for a meal. The other aspect, which is secondary, is that you eat food to survive. Now, we have this good intention, that we are sitting down together to interact, to get to know each other and exchange ideas, which has to be implemented somehow.

To achieve this, there are particular manners that have been agreed upon, such as eating with a knife and fork and not licking the plate; that we hold a wine glass by its stem; that we don't place too much on the plate and only what we will actually to eat so there is the same amount for everyone. Manners exist so we do not get distracted from why we are sitting down together.

Read more: 10 things you should know before going to a German restaurant

So to put it simply, there are rules. You stick to these rules and they become routine, and then you don't have to worry about them anymore?

Exactly. You can then concentrate on what is essential. Of course these rules are not carved into stone; they can change and be bent or broken, depending on the context in which you are currently.

What do you suggest to people who come together in Germany but hail from other countries? My experience is that Germans really like to shake hands. People do in the US, of course, but not at every opportunity. You wouldn't do that in Japan either. What do you do in a group of mixed cultures that come together within a country? What rules do you follow?

In such a situation you always orientate yourself toward the host. If we have a German host, the German rules apply, or the German rules would have precedence. That would mean shaking hands. But if you have a foresighted, open, polite host, then the host will approach each person individually and consider what is best for each. In other words, they would not shake hands with the Japanese person. They would greet the French guests with kisses on the left and right cheeks and would shake hands with those from the US.

You said something about directness earlier, that Germans feel they can express their opinions. Personally, I sometimes experience Germans as being very direct, whereas the British or North Americans might not say things as directly in an everyday context. Why is expressing one's opinion directly accepted as polite here?

Because in Germany it stands for sincerity and honesty. We don't beat around the bush, but simply get to the heart of the matter, and that's fine and polite and generally accepted. But that has a cultural history. We were just brought up that way and that's why we don't reflect on it at all. But if we then have to interact with British people, then that is something completely different. If we want to establish ourselves in Great Britain, we must also learn to learn and practice the manners there. 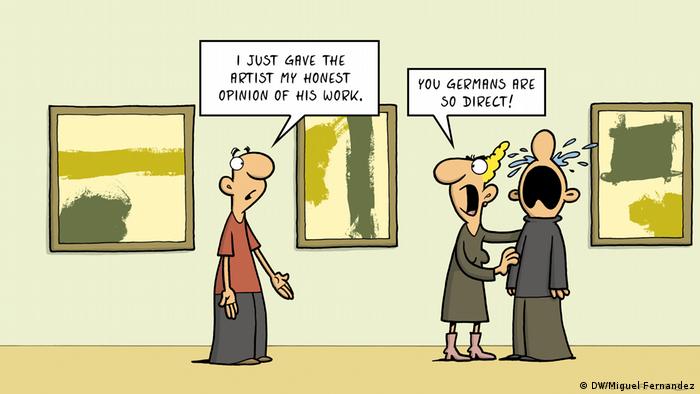 Would you say that on social media Germans also behave in a certain way, for example, very directly?

Because the internet is very international, many Germans feel tempted to adopt a kind of carelessness or integrate things from other cultures. For example, they may ignore German spelling with upper and lower case on the Internet. But for proper German spelling, that is of course not right and could be considered rude because we have a language with certain rules, which should also be respected on social media or the internet if you communicate in this language. Also, people use the "Du" form [the informal way to say "you"  — Ed.] faster on the the Internet. Germany isn't really a "Du" culture, but we always envy English native speakers who have this general "you."

You mentioned table manners earlier, and specifically, that one holds a wine glass by its stem and not by the bowl. That's not necessarily the case in the US. Why is such a thing considered considered polite?

At least for the German-speaking European region, almost all rules can be traced back to some factual meaning or explanation. One holds the glass, for example, by the stem, in order not to heat up the drink through the warmth of one's hand. One also doesn't want to leave fingerprints on the globe. So there are both aesthetic and practical reasons for this. If people in the US don't do this, it's not going to kill anyone.

When in Rome, do as the Romans do. But in Germany? After decades of living in the country, DW's Louisa Schaefer, from the US, is still baffled at times when it comes to national etiquette norms. (27.03.2019)

Apfelschorle? Every child in Germany knows what it is, but translators and lifestyle bloggers are challenged when trying to explain that to the rest of the world. Here's more on the drinks Germans take for granted. (13.03.2019)