How the US nominates presidential candidates | Americas | North and South American news impacting on Europe | DW | 19.01.2016

How the US nominates presidential candidates

Before the US presidential election takes place, the Democratic and Republican parties have to nominate their candidates. Each party holds a contest that begins in February and ends in June. 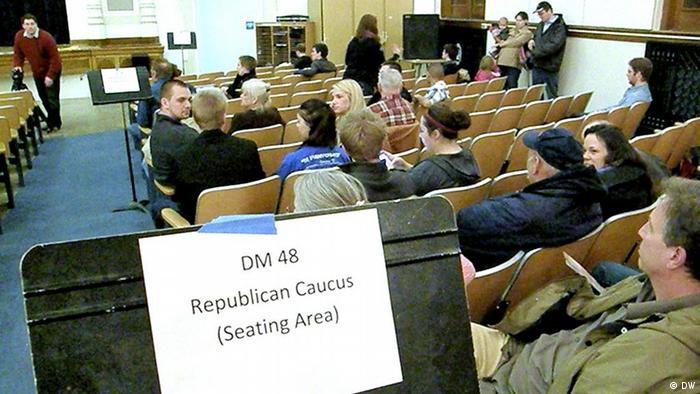 Typically, the candidate who wins the most delegates becomes the party's nominee. The national Republican and Democratic parties allocate delegates to each of the 50 states based roughly, though not entirely, on population.

The state parties decide what voting system they will use. The most common system is the primary election. Voters go to the polls and cast a ballot for their candidate of choice as in any other election. Some states have open primaries, while other states have closed primaries.

There is another system called a caucus, and the most famous one is held in the Midwestern state of Iowa. In a caucus, party members meet at their local precinct and discuss their reasons for supporting different candidates before voting begins.

"What makes it impossible for Americans to understand, let alone someone from another country, is that each state is different in terms of the kinds of nominating rules that they might have," Robert Schmuhl, an expert on the presidential nomination process at the University of Notre Dame, told DW. 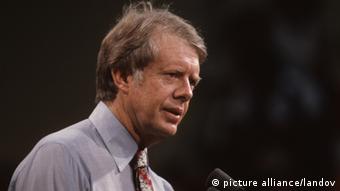 Jimmy Carter surprising win in Iowa catapulted him to victory

The current nominating system was adopted in the 1970s, first by the Democrats and then by the Republicans, in effort to make the process more open and democratic. Previously, party elites had the biggest say in who became the Democratic and Republican nominees for president. Voters now have a much greater role.

Through this reform, Iowa became the first state on the calendar. The state's caucus system is complex and can drag on, so the decision was made to hold it as early as possible. The northeastern state of New Hampshire holds its primary shortly thereafter.

Since the 1970s, Democratic and Republican presidential candidates have built campaign strategies around Iowa, New Hampshire and other states that vote early. A strong showing can provide momentum in the long and often grueling race to the nomination.

In 1976, a relatively unknown governor from Georgia, Jimmy Carter, took the media by surprise and caused a sensation by winning the Iowa caucuses. He went on to become the Democratic nominee and win the presidential election.

In 2008, few expected Illinois Senator Barack Obama to beat New York Senator Hillary Clinton and become the Democratic nominee. The Obama campaign focused on the caucuses, while Clinton focused on the primary states. As consequence, he won Iowa and gained a burst of momentum.

"Whoever came in first, second or third in Iowa since 1972 has always gotten the nomination of their party in both the Democratic and Republican parties," Steffen Schmidt, an expert on the caucus system at Iowa State University, told DW.

In the summer, the Republicans and Democrats hold their national party conventions, where all the delegates from all 50 states gather to select the party's presidential nominee.

"The Democrats have almost twice as many delegates to their convention than the Republicans," Schmidt said. "Because the Democrats had these party reforms that gave states more delegates in order to have women and minorities and youth votes and so on." 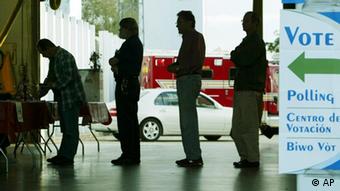 In most states, only 20 percent of Americans bother to vote in the presidential primaries and caucuses, according to Schmidt.

"It's totally non-transparent, and it's no wonder that Americans are frustrated with politics because the process is just too complicated," Schmidt said. "Someone needs to come in there and say this doesn't work, people are alienated from politics because it's mumbo jumbo."