How the Moers Festival became a celebration of avant-garde change

The organizers and musicians of the renowned Moers Festival are committed to promoting and exploring new soundscapes. Here's how the avant-garde music festival in the small town became legendary. 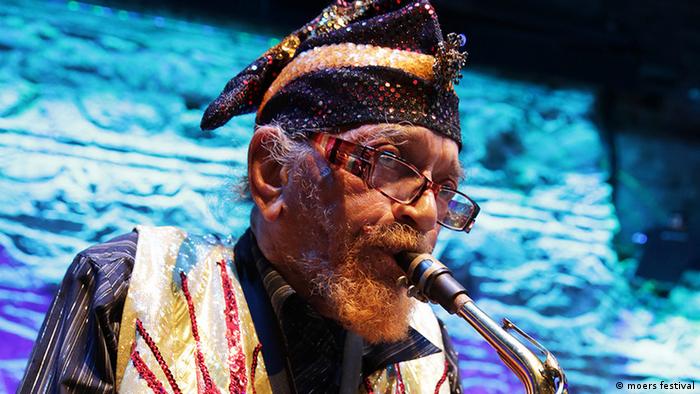 It all started at the end of the 1960s, when a small group of music enthusiasts came up with the idea of setting up their own jazz festival in their town, often described by its residents as the "smallest big city in Germany." Moers is a 100,000-inhabitant city located on the western bank of the Rhine River.

A few years later, it finally happened. Organized by founder and artistic director Burkhard Hennen, the first International New Jazz Festival Moers — as it was called at that time — took place in 1972. Hennen remained  head of the festival for 34 years, and it quickly managed to attract international jazz stars and fans, who flocked to the small town on the Lower Rhine for the event held every year over the Pentecost weekend.

A festival divides its city

"In the early years, when hippies and avant-garde freaks from all over the world would invade the city, they were immediately visible," said current festival director, Tim Isfort. Isfort hails from Moers, but has traveled the world touring as a jazz musician himself. Originally, the locals weren't very open to the fans of experimental music, and the festival polarized the city from the start. Isfort remembers how his parents would go out with him on that weekend to "watch the hippies," as if the festival were a kind of freak show. 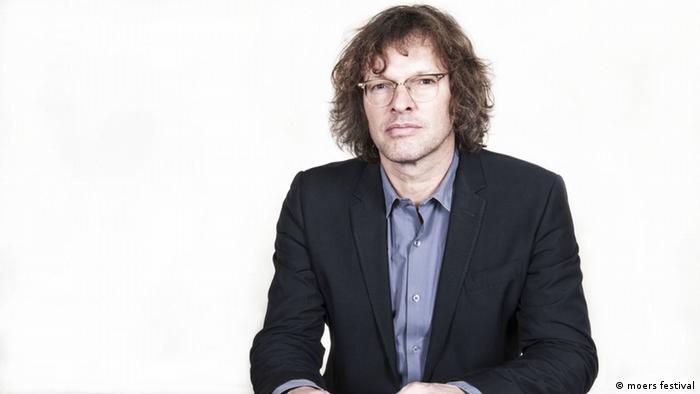 Over the years, more and more jazz giants performed in Moers, and the locals gradually developed a certain pride in their city's international event.

The festival became bigger and more renowned, but at the same time, more elitist.

By the time Isfort took over in 2017, the festival had moved to the outskirts of town and the city's residents felt disconnected from it. People in Moers saw the festival as an "elitist money-burning machine of high art and culture. That doesn't have anything to do with us in Moers," said Isfort. "That was the worst thing that could have happened. The locals not caring about the festival is not an option. It's OK if they love it or hate it — but indifference is not an option."

Upon becoming director, Isfort immediately implemented a whole series of measures to counteract the growing alienation between the festival and the city's residents. That included a series called "moersify," inspired by the idea of having the festival infiltrate the city like a virus: Musicians in town who performed in concert halls would also hold free-of-charge, unplugged acts in various unusual venues, whether the mayor's office, an indoor swimming pool or a hairdresser's salon.

That successfully allowed the people in Moers to regain access to the festival: Now about a third of the concert tickets are bought by locals again.

Yet the festival aims to remain niche and keep offering a "stage for the unheard." Isfort also wants to counter the cliché of the "humorless intellectual."

This year, for instance, the legendary Sun Ra Arkestra will play at the local branch of the Saturn electronics store — a wink to the fact that band founder Sun Ra often claimed that he came from the planet of the same name. 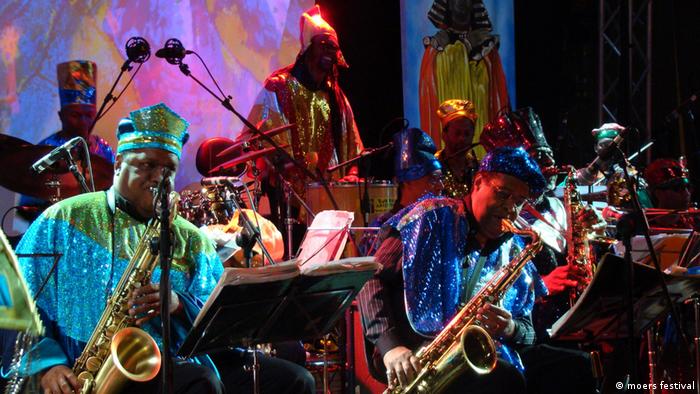 The festival's press conferences are also happenings of their own. During the program presentation, Isfort and his team were sitting in a swimming pool that was gradually filled with water, accompanied live by musicians improvising sounds.

The Moers Festival has also banned the word "jazz" from its name. But why? "I love jazz, but I don't want our event to be placed in the context of jazz festivals," said Isfort. He feels big festivals like Montreux or New York are just pale reflections of what they originally used to be. To scout for new acts, he prefers to travel to remote spots such as the border area between India and Pakistan, North Korea or São Paulo searching for new trends, artists and scenes: "I'm looking for a certain energy that belongs to Moers."

One person who brings this "Moers energy" with him is 32-year-old vibraphonist and percussionist Emilio Gordoa from Mexico, this year's "improviser in residence." The musician holding the title spends a year living and working in Moers, with the goal of establishing a connection between the festival and the city.

"For me, Moers is not a jazz festival; it's completely open," said Gordoa, whose work is based on redefining the vibraphone's possibilities, researching sound textures and resonances. The musician was already a guest at the festival last year; this year he is performing at an underwater concert and playing with his MoVE Quintet.

Gordoa believes his residency will allow a new creative process to emerge. When he's in Berlin, his home base of choice, he has to organize and manage everything himself. In Moers, however, he enjoys the support network  and is able to offer workshops to students on the topic of sound and noise. 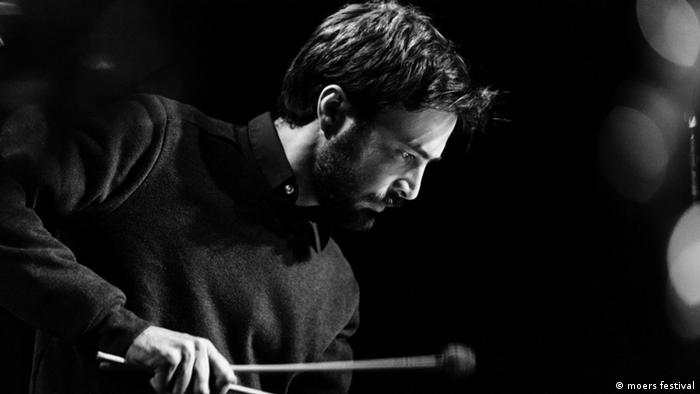 The Mexican musician, who has also organized some new music festivals in his home country, is amazed by the fact that such a big festival with this type of "adventurous" program could go on for so long. "I don't understand how that works!" he said with a laugh.

The answer is simple: The festival is a highly subsidized event that could not survive without state funding. Emilio's stay in Moers is paid for by the Kunststiftung NRW, for instance. Other sponsors include the Federal Government Commissioner for Culture and the Media, the Ministry of Culture of North Rhine-Westphalia and the City of Moers.

Festival director Tim Isfort is well aware of the criticism leveled against subsidized events. That's why he and his team are so keen to remain with the times. He and his colleagues do field research all year round; they go to clubs, jam with Serbian jazz musicians in smoky pubs or listen to Brazilian improvisers in their home country.

The selection of music in Moers is also a political statement; it's not only about contemporary sound, but also about openness to the world. In 2018, 450 musicians from 22 countries and five continents performed here.

In 2019, the stage design in the main hall of the festival will be completely revamped — another example of how the organizers want to go beyond the expected in every aspect of their program.

According to Isfort, society's widespread resistance to change has led to nothing good; he sees in it an obstacle to dealing with current challenges such as refugees or the climate crisis. "We all have to make an effort now and consider what kind of world we want to live in," said Isfort.  That idea is reflected in this year's motto, "Make an effort!"

As project director of Bonn's Jazzfest, Anke Steinbeck had the opportunity to talk with jazz musicians about improvisation and the magic of jazz. Thomas Quasthoff and Niels Klein paid homage to the musical form. (22.05.2017)

In an interview with DW, Peter Materna, the creative director of Jazzfest Bonn, explains why it's important to reach new audiences and why there's a growing market for the genre. (12.05.2017)

Nils Landgren at the Jazzfest in Bonn