In an interview with DW, Peter Materna, the creative director of Jazzfest Bonn, explains why it's important to reach new audiences and why there's a growing market for the genre. 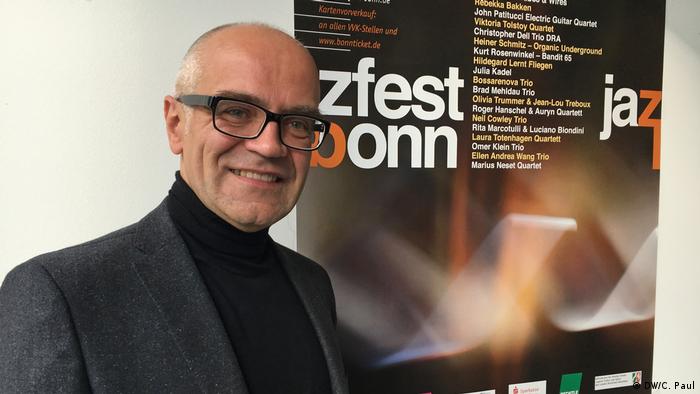 DW: It's impossible to write about a jazz musician without dropping at least six other names, people from whom he'd borrowed music or who influenced him. What does that say about the genre?

Peter Materna: I'd be happy if it were only six! Six hundred is a more realistic figure. But that's wonderful: the sources that a musician can draw on are so varied, and it's a big challenge to do something of one's own.

There are only a few radio stations in the US that broadcast jazz, and they are expected to broadcast a moderate, calm background music, particularly at certain times of the day. Are you open to that kind of jazz?

An open-minded attitude, communication and exchange: that's what jazz is! It's not just music. It's more an attitude. We're open to everything. That also means being open to commercial formats. Without improvisation and the exchange of ideas, pop and rock music wouldn't be possible.

In fact, the most genre-bending musical ideas are to be found in the area of easy listening. "Rockit" - Herbie Hancock's 1983 hit - is still generating royalties for him today, and that's really OK! This music reaches people in a positive way and inspires them. What more could you want? So I don't have any problems with the easy listening sort of jazz. 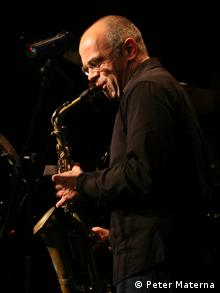 Next to his role as creative director, Materna is also an accomplished saxophonist

Would you put it on your festival program today?

If the creative part of the music isn't too minimal, gladly! I think it's important to have a kind of music that shows the artist's personality. If it's just a milquetoast kind of music where you can't identify who's playing, that's different.

Jazzfest Bonn has grown in the past few years - or at least it now takes place for a longer stretch of time.

We've expanded, and not only in our schedule. We've sold around 1,000 more tickets this year compared to last year. The festival has always been 100 percent sold out, and we'll probably reach that point this year. We've also added a venue, the Bonn Opera. So Jazzfest Bonn is really growing.

I actually wanted to keep it small so that it has an exclusive feel and remains close to the artists. A hall with more than 1,000 seats has the disadvantage that many in attendance can't see the artist. I think it's simply nice to see the beads of sweat and the smile as the music is being made. And to appreciate the music acoustically. You can still do that in the back rows of an opera house. But if the hall is too big, the music tends to lose some of its meaning.

If the festival gets too big, would you run the risk of losing control? Right now, it reflects your artistic personality.

I hope that never happens! I really want this festival to portray a heterogeneous approach and a wide variety of styles in order to reach many people. We consider ourselves lucky here in the Cologne-Bonn area to have such a wide and appreciative audience. The people who live or work here are very open to culture.

Tickets will go on sale next week for Jazzfest Bonn, an event that draws thousands to the former German capital. The 2017 program features not-to-be-missed highlights from the international and German jazz scenes. (24.11.2016)

Do you occupy a big enough niche that you could schedule jazz events outside the festival time?

A festival works well if it's focused on a certain stretch of time. With the resources available to us, we couldn't set up a seasonal program like an opera house. Of course, we could do a little bit more high-class jazz throughout the year. In the final analysis, it's all about funding. Classical music institutions get more generous public subsidies, so they can do a lot more than we can. We cover the greater part of our financial needs through sponsors.

Without any public funding at all?

The city gives us a certain, rather small institutional amount of support, as does the state. Jazz doesn't see anything close to the level of subsidies that are normal in classical music. We consider ourselves lucky to get 10 percent of our funding from public sources.

You're also a performing musician. Which artists on this year's program move you artistically?

I'm really looking forward to Hildegard Lernt Fliegen, a group scheduled to play a concert on May 20. Of course, I'm looking forward to all of the concerts, but personally, as a saxophonist, the final one in particular. Marius Neset, our guest artist from Norway, has really gone through the roof in terms of international recognition - and that despite the fact that people in America aren't all that open-minded about European jazz musicians. But he has broken through that ceiling. He's the final act on this year's playbill, and definitely worth a listen.

Can you describe the typical jazz listener? What kind of person goes to Jazzfest Bonn?

We did a survey a couple years ago and were utterly surprised: a lot of people took part, and more than 50 percent said this had been the first time they'd gone to a jazz concert. I was flabbergasted. Most of them had only listened to classical music before.

You must be doing something right with your marketing.

We do as much advertising as possible. Part of our basic approach is to reach the public and make this music accessible. We want to make it clear that they won't be disappointed, even if they're hesitant, thinking that jazz is either free jazz or Dixieland. But most of what happens in the field falls between those two extremes. I want to reach everybody, and what impresses me most is when people say, "I didn't know that this music is so beautiful! I thought jazz was awful and painful." If our festival can achieve that, it's the most wonderful thing that can happen.